Are there more wheels or doors in the world? Canucks weigh in on the internet’s hottest debate 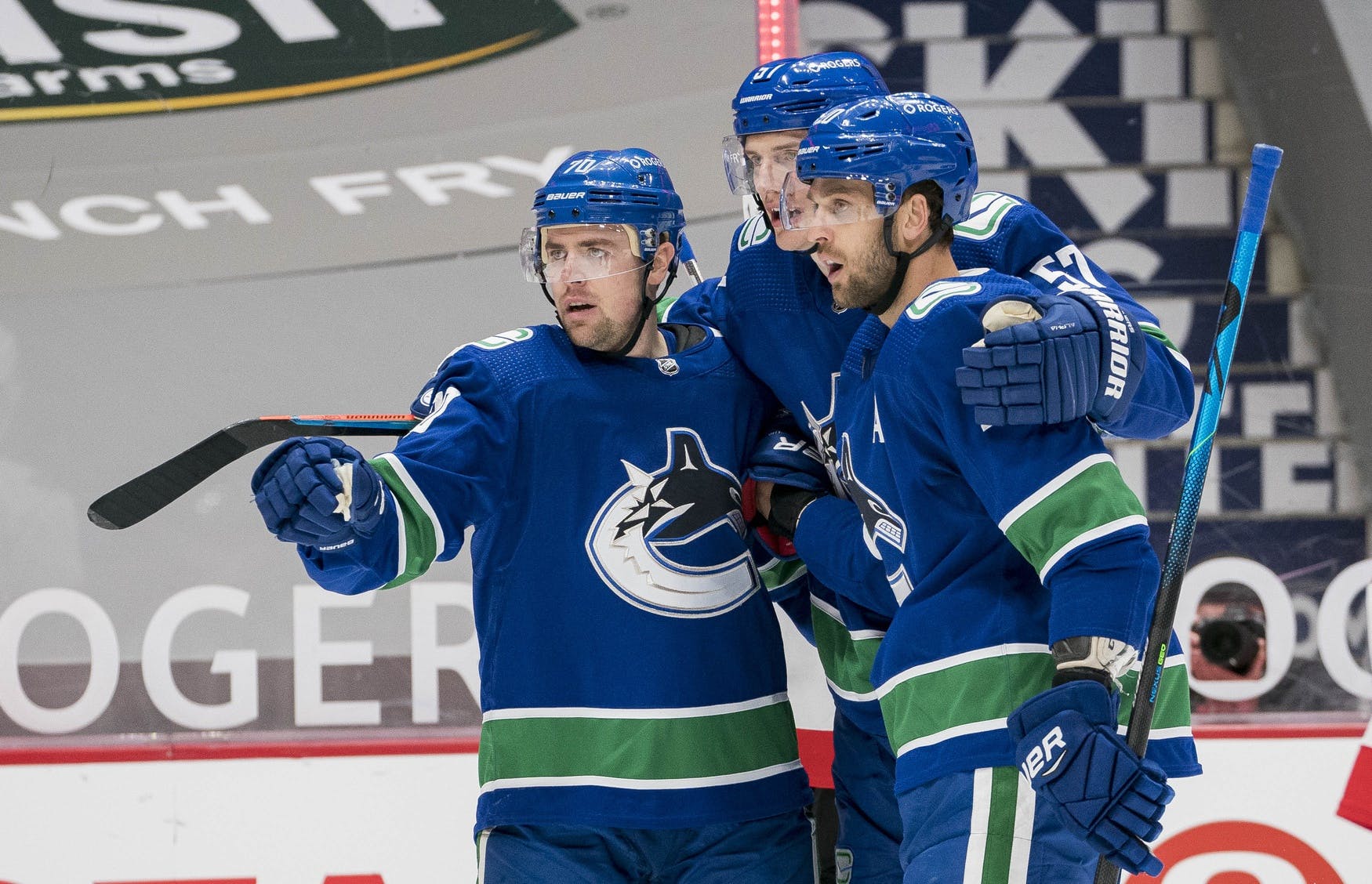 By David Quadrelli
10 months ago
At CanucksArmy, we like to be serious and bring you all the latest surrounding your Vancouver Canucks, but we also like to have fun every once in a while.
As such, when we saw that the internet was having a heated debate in which it seems like there’s no way to 100% verify which is the correct answer, we asked members of the Vancouver Canucks to weigh in.
Are there more wheels or doors in the world?
The question has gone viral recently as it appears as though public opinion is split 50/50, and the Canucks’ locker room appears to be no exception.
“Doors, no question,” said defenceman Luke Schenn. “Think of an office tower, how many doors would be in a 54 floor office tower or if you’re anywhere, really. Like, any sort of building or house — think of the amount of residential houses with like, 25 doors.”
“Oh boy, that’s a good question… I’m going to go doors,” said Brock Boeser.
But not everyone is convinced.
“I heard about this, and I have no idea, but I mean like, there’s gotta be more wheels… I’m going with wheels,” said defenceman Brad Hunt.
“I heard about this the other night and I was in bed thinking about it,” Brandon Sutter told CanucksArmy. “I’m counting the doors in my house and the wheels on the vehicles and all the toys… I’m going to go wheels.”
We even went out to Abbotsford to get some of the baby Canucks’ thoughts.
”I’m a wheels guy,” said Rathbone. “I honestly couldn’t tell you why, I think I’m probably just going with the flow on that.”
”No comment,” said Tristen Nielsen. “I would definitely say doors, I think about all the lockers in schools.”
But arguably the best answer, and one of the only ones based on any sort of first-hand research, came from Canucks head coach Bruce Boudreau.
“Holy [expletive]… I don’t have a clue,” said Boudreau. “I counted the doors the last couple weeks and it seems to me that wheels are more.”
Take a listen for yourself:
It’s not What Do You Think Thursday, but now we ask you, the loyal readers of CanucksArmy, are there more wheels or doors in the world? Tell us in the comment section below, and feel free to give your reasoning, too!
Uncategorized
Recent articles from David Quadrelli