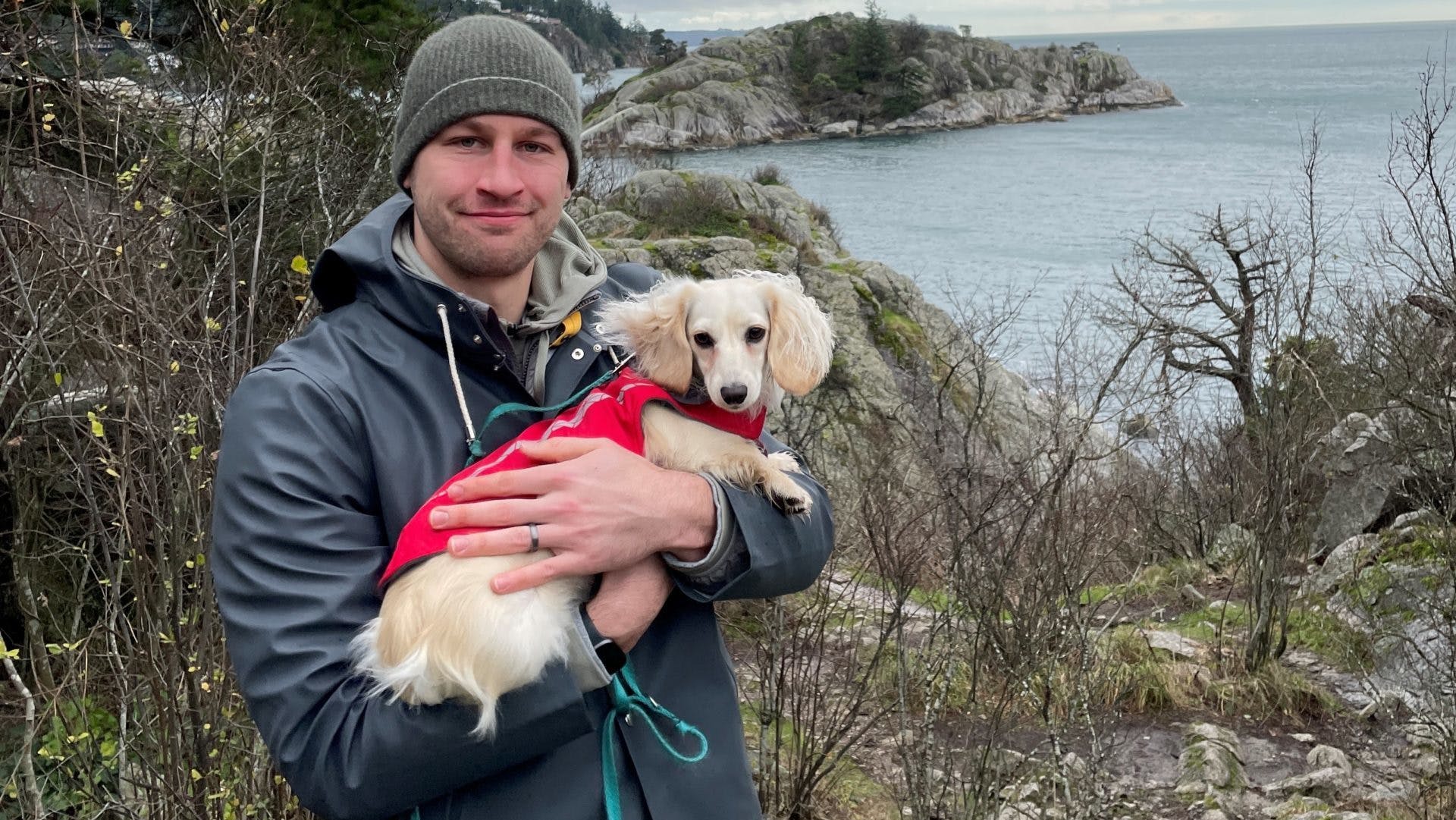 By Mike Gould
9 months ago
The fabled Vancouver Canucks dog race returned to the ice surface at Rogers Arena during the second intermission of Saturday’s game against the Anaheim Ducks.
Six dogs belonging to various members of the Canucks were enlisted to try and run the length of the ice as fast as canine-ly possible:
The six furry friends lined up at one end of the rink and darted off toward the other side when given the “go” signal.
Delilah Demko got off to the best start but inexplicably stopped at the near-side blue line, clearing the way for the Boeser duo to charge ahead. Milo and Coolie respectively finished first and second in the race.
Bik Nizzar and Satiar Shah presented the blow-by-blow of the race over the Sportsnet 650 airwaves:
The Canucks currently trail the Ducks 7–2 midway through the third period of Saturday’s game.
Uncategorized
Recent articles from Mike Gould