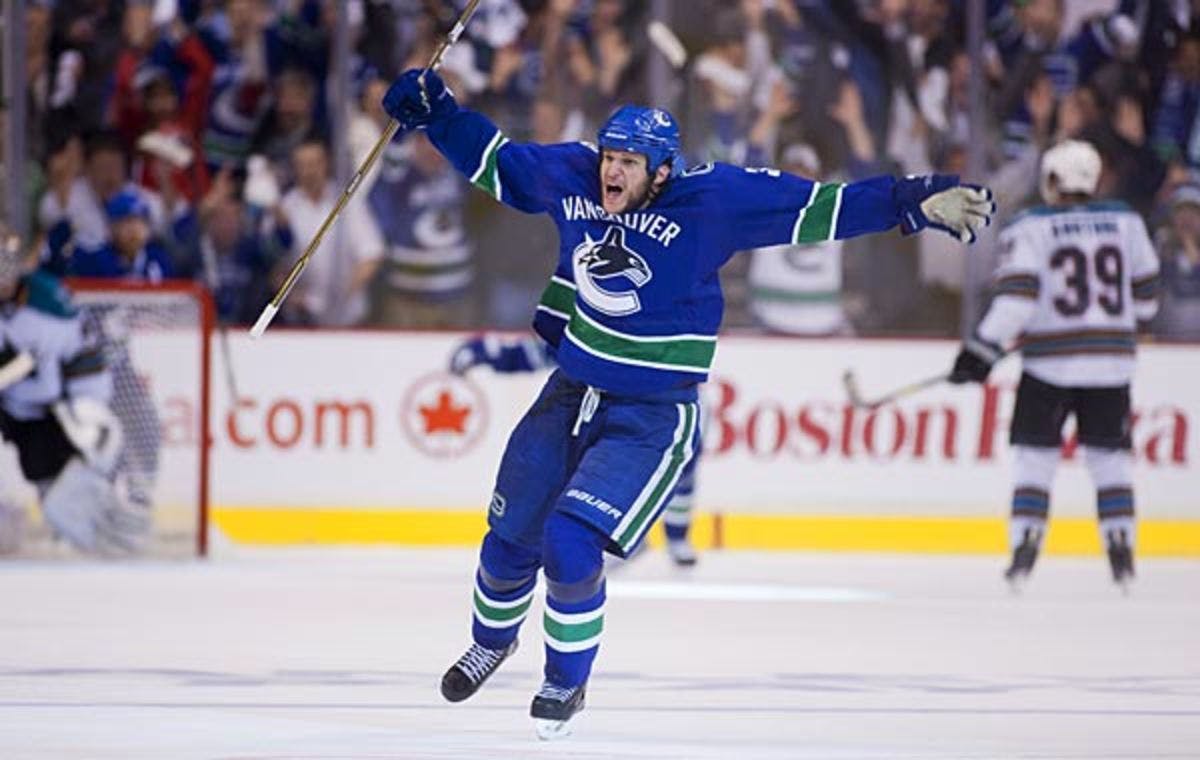 By David Quadrelli
7 months ago
Vancouver Canucks fans may get one last chance to see Kevin Bieksa suit up for a game at Rogers Arena.
In an interview with Lisa Dillman of The Athletic, Bieksa — who never formally retired from pro hockey –shared information about his plans to retire a Canuck.
“I was going to sign a one-day contract and retire as a Canuck two years ago, on March 28,” explained Bieksa. “I don’t even know where it stands. We had it planned, but COVID shut things down on the 15th. I had my flight booked and everything.”
The Canucks were set to play the Anaheim Ducks — the only other NHL club Bieksa ever played for — on March 28th of 2020, but the NHL season was put on hold due to COVID-19.
“It was actually my dad’s idea. I don’t need to retire — officially. I don’t need the attention. My dad was like, ‘It’s good for the Canucks. Good for your legacy.’ I’m basically doing it for my dad. I’m supposed to retire as a Canuck (smiles) … Maybe I’ll retire as a Duck.
“We were talking [with the Canucks] at the start of the season and they were kind of figuring out when we were going to do it and they said they were definitely going to do it. Then Jim Benning gets fired. Now there’s a whole new regime. I was there for the mental health night but it wasn’t the time to bring it up. Who knows? If we get to it next year, fine. I’m not going anywhere.”
The defenceman-turned-analysis will turn 41 this month, and has appeared in 808 NHL games. He was selected in the fifth round of the 2001 NHL Entry Draft by the Canucks.
The club hasn’t officially commented on whether or not they would still be open to signing Bieksa to a one-day contract and allowing him to retire a Canuck.
More from CanucksArmy:
Uncategorized
Recent articles from David Quadrelli