Jim Rutherford says “it may not make sense for both sides” for the Canucks to extend J.T. Miller, and he’s right 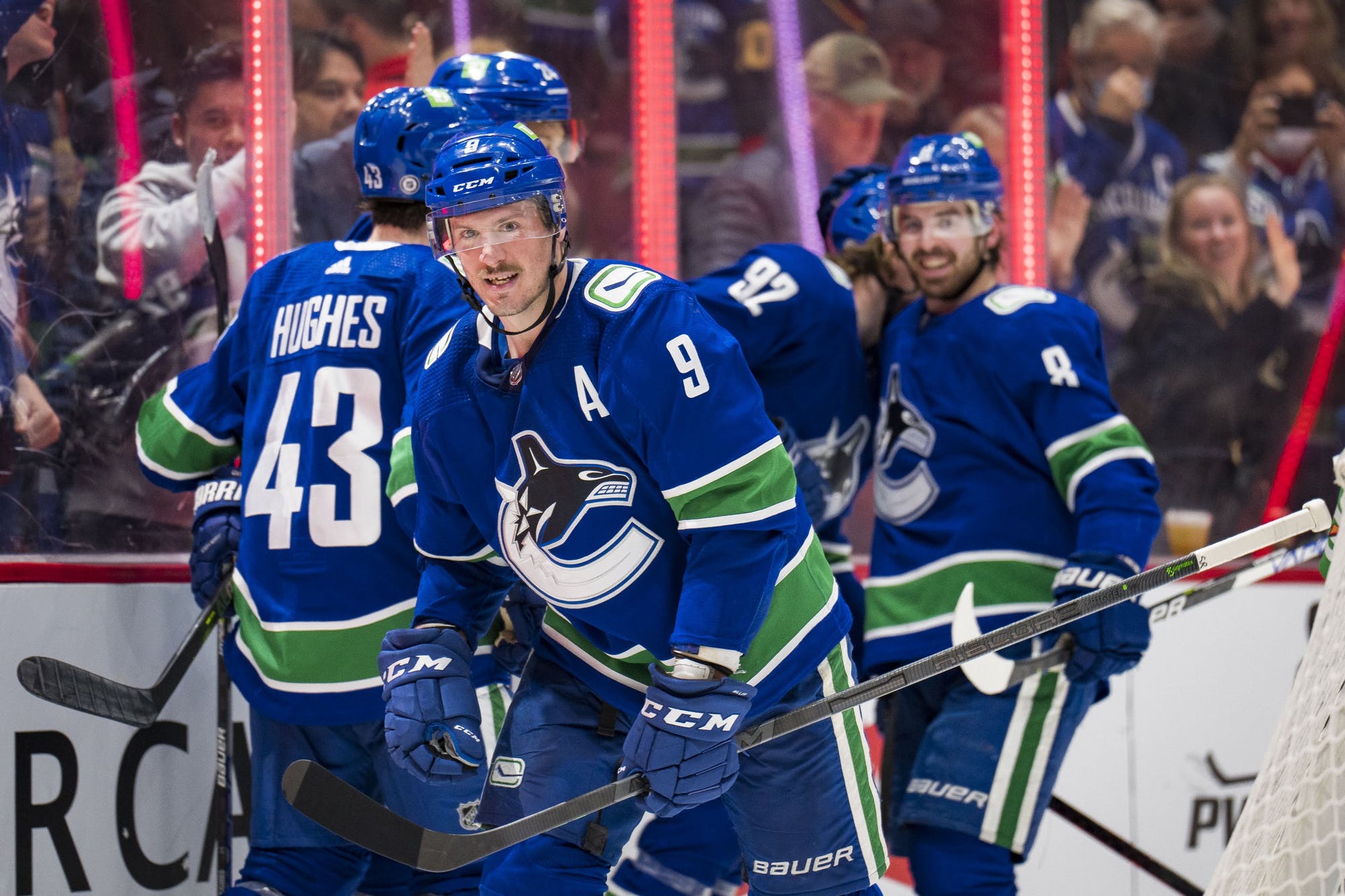 By David Quadrelli
5 months ago
There have been very few times when Jim Rutherford has given a take on the state of the Vancouver Canucks that wasn’t eerily close to the many complaints fans voiced about the team for most of Jim Benning’s tenure as GM.
Defence core not good enough? Check.
Team not fast enough? Check.
Team shouldn’t be acquiring older players and must replenish the prospect pool? Check
Organization needs to do a better job of developing its young players? Check.
And his latest take? Maybe don’t sign players coming off of a 99-point season who will be deep into their 30s at the time of the contract’s expiration when your team isn’t a contender yet.
On Friday, Postmedia’s Patrick Johnston spoke with Rutherford, and further questioned the Canucks’ president of hockey operations about the age of 26 he’s thrown out in the past when it comes to how old the players his club acquires should be.

Rutherford knows all about building cores that can grow together, and while the Canucks’ core of young players — featuring the likes of Elias Pettersson, Quinn Hughes, Brock Boeser, and even Bo Horvat if we’re being generous — are all relatively close in age, their leading scorer this past season was J.T. Miller, who is 29 years old.
Now, if Miller had three or four years left on his current contract, his name likely wouldn’t even be mentioned in trade talks.
After all, Rutherford has said he hopes the Canucks can be true contenders in roughly two to three years, and why wouldn’t you want a player like that on your team when you’re trying to compete?
He can contribute effectively to both special teams units, is a solid 5v5 contributor, and can play both centre and wing. He’s a leader, and was a top-15 scorer in the league this past season.
It’s for these reasons, too, that it’s hard for some fans to understand why the Canucks would ever want to move on from a player like that.
The main thing to note is that this new management regime has made it clear they want to shift the focus to building a cup contender, and not just a team that can squeak into the playoffs.
To do that, you need to recognize what you are, and Rutherford and GM Patrik Allvin have both done a good job of that so far.
They want the team to play with more structure. They want to be fast, physical, and actually be hard to play against.
The new management regime wants their team to actually have an identity, and ultimately, they want to bring a Stanley Cup to Vancouver.
There’s no formula to follow to get there, but there are some things you don’t do to get there. To put it bluntly, you don’t get there by allowing valuable players walk for nothing when your team can’t compete, and without having a proper plan and vision that you stick to.
And right now, the Canucks have made their plan clear, and they’re sticking to it.

“It’s when you get into starting a long-term contract there does become more risk later in the long-term contract,” Rutherford said of signing players closer to 30 years old. And then he raised an example all on his own.
“With J.T. Miller, we’ve suggested we would like to keep him. He’s been a good player for the Canucks,” he said. “(But) it may not make sense for both sides. This is a time that he’s earned, going into free agency. We’d like to do it but we’ve got to be careful.”

Why it doesn’t make sense for either side

For the Canucks, we’ve briefly touched on the reasons why it doesn’t make sense, and Miller’s age is at the forefront.
Any Miller contract likely starts with an $8 or $9 million dollar figure, and is for at least six years, possibly seven or eight when you look at market comparables.
The Canucks simply cannot sign Miller to that contract, based on the club’s current state.
It’s a simple pros and cons, really. If the Canucks trade Miller, they’ll be getting a plethora of future assets back. This could include — but is certainly not limited to — a first round pick, a young defence partner for Quinn Hughes, and a solid bottom six centre. Those are the pros of a trade.
The cons of trading Miller is that if the club is unable to get a high volume of solid assets in return, they could easily lose the trade.
Even in the trade outlined above, that first round pick could be a bust, the young defence partner could fail to mesh with Hughes and become nothing more than a third pair defenceman, and that bottom six centre could become Jason Dickinson 2.0.
It’s unlikely, sure, but certainly still possible.
The good news is, all reports out there suggest the Canucks will be able to get more than this back when teams at the draft partake in what’s expected to quickly turn into a bidding war to acquire Miller from the Canucks.
The pros simpy outweigh the cons here, and that’s not even taking into consideration the pros and cons of what Miller getting traded would mean for him, personally.
If Miller gets traded this offseason, it would almost certainly mean he’s going to a contending team, or at the very least, a team that views him as a first-line contributor and will likely want to get him locked up long term.
It also means that he has the option of playing out the final year of his contract and hitting free agency for the first time.
He’d almost certainly be the most sought-after free agent on the open market and would get the stability of a seven-year contract at a dollar figure that the Canucks simply were unable to pay him.
So, not only does an extension in Vancouver not really make sense for either the Canucks or Miller, it’s most likely a win-win situation for both parties if a trade goes down this offseason.
Miller gets the lucrative contract that he’s earned, and the Canucks get assets in return that they hope will help them reach their ultimate goal of creating a team that is balanced and deep enough to win the Stanley Cup.
More from CanucksArmy:
Uncategorized
Recent articles from David Quadrelli