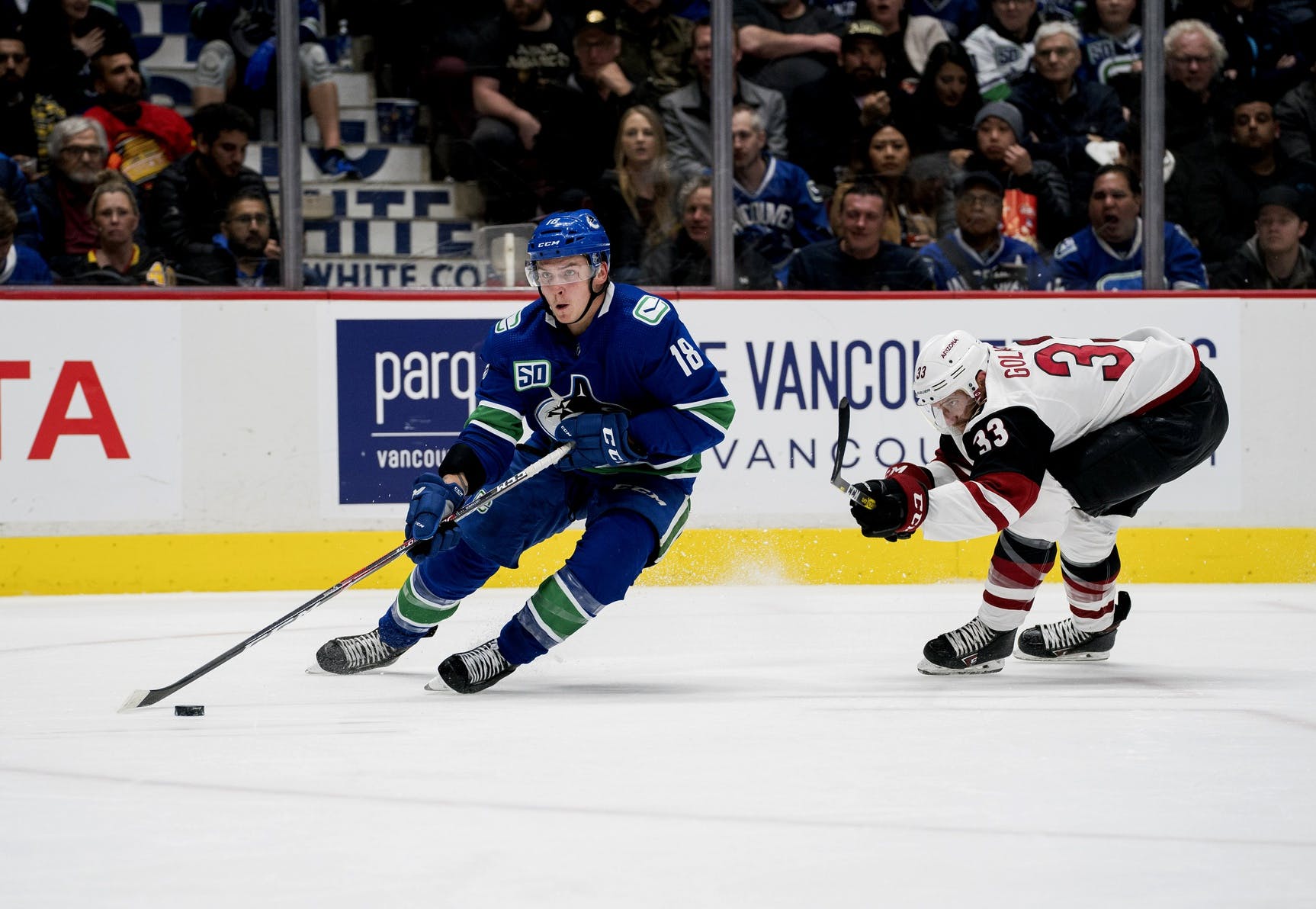 By Mike Gould
14 days ago
Former Vancouver Canucks forward Jake Virtanen has reportedly signed a two-year contract with EHC Visp in Switzerland’s second-tier men’s hockey league.
Virtanen, 26, most recently failed to make the Edmonton Oilers on a professional tryout opportunity in their 2022 training camp. The Canucks originally selected Virtanen in the first round (No. 6 overall) of the 2014 NHL Draft.
Here’s an excerpt from EHC Visp’s press release (translated from German) announcing the Virtanen signing:

EHC Visp Sport AG has signed 26-year-old Jake Virtanen for this and next season. The Canadian winger played the majority of his career in the NHL before making a “trip” to the KHL with Spartak Moscow last season.
The Canadian prepared for the current season as a “free agent” with the Edmonton Oilers, where he ultimately failed to make the step into the NHL franchise for this season. Virtanen uses the opportunity to relaunch his career in Switzerland at EHC Visp.
Virtanen was drafted overall by the Vancouver Canucks in 2014, 3 years ahead of Nico Hischier. He competed in all categories at the Junior World Championships with Canada and became U20 World Champion in the 2014/15 season.

Virtanen made his NHL debut with the Canucks in 2015–16. He spent parts of six seasons with the club before being bought out of his contract after a highly unproductive 2020–21 campaign.
In 317 career games with the Canucks, Virtanen scored 55 goals and 45 assists for 100 points. The 6’1″, 227-pound winger added two goals and one assist in 16 playoff games with Vancouver in 2020.
While Vancouver police conducted an investigation into a sexual assault complaint made against him in 2021, Virtanen played the 2021–22 season with the KHL club Moscow Spartak. After a week-long trial in July of this year, a B.C. jury found Virtanen not guilty of one count of sexual assault.
EHC Visp currently participates in the Swiss League (SL), which operates one level below the top-tier Swiss National League (NL).
News
Recent articles from Mike Gould