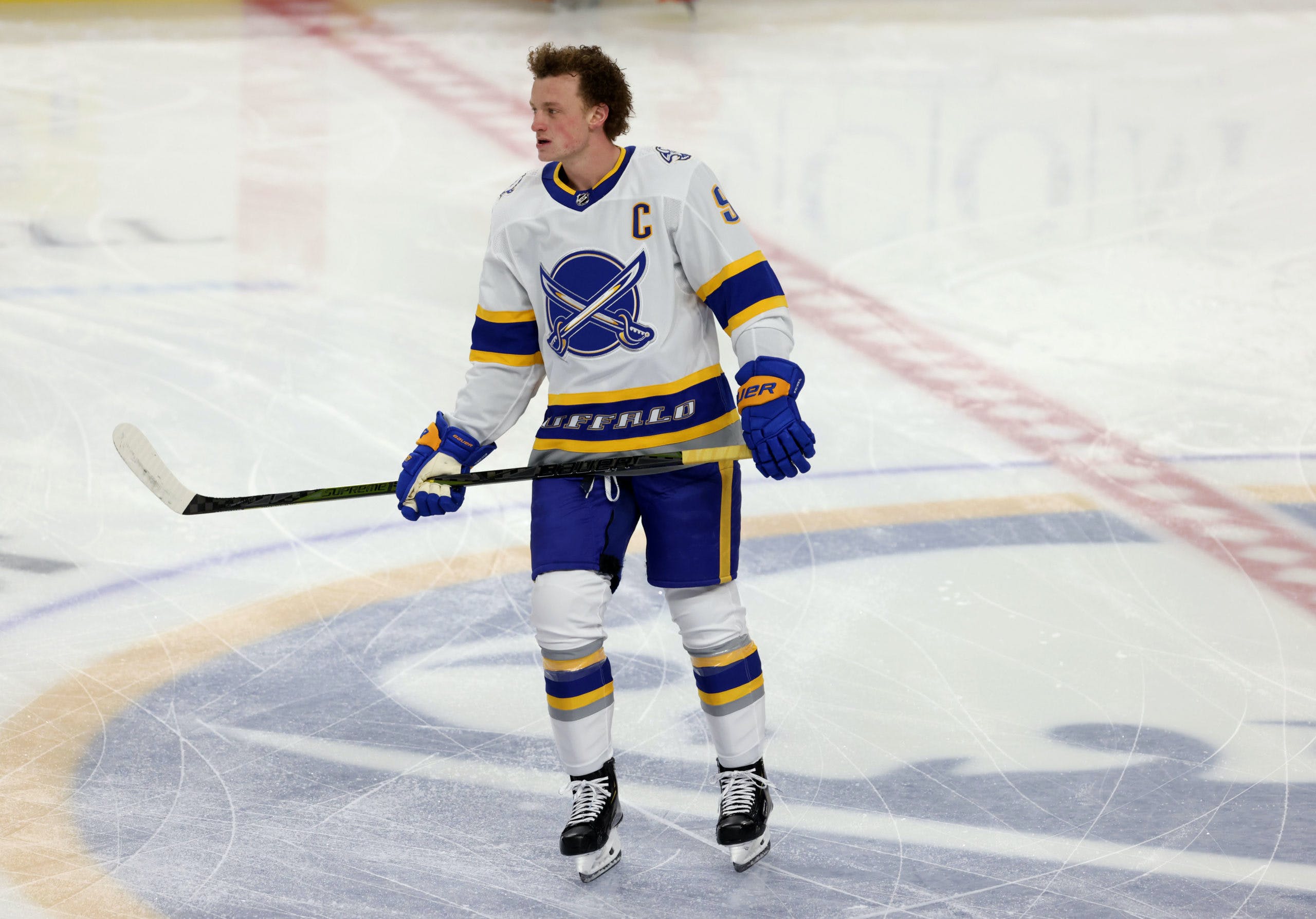 By Noah Strang
9 months ago
On Monday afternoon the Vegas Golden Knights announced that captain Mark Stone was heading to Long Term Injury Reserve with a back injury, subsequently opening enough cap space for the team to activate the newly acquired Jack Eichel. Eichel has a salary cap hit of $10 million and fitting him into a fully healthy lineup would be impossible for the Golden Knights. However, Stone’s injury has come at the perfect time for the team as it allows them to dress Eichel without making any changes to the roster.
The use of the long-term injury (LTIR) reserve has become more scrutinized in recent years around the NHL as teams have been abusing the salary cap benefits associated. Any player that is expected to miss at least 10 games and 24 days of the NHL season can be moved to LTIR. Adding a player to the list allows the team to potentially exceed the salary cap as that player’s salary cap hit is returned to the team in relief, minus any available cap space before the player joined LTIR.
When players return to the main roster during the regular season, the team must be salary cap compliant. The Canucks currently have three players on LTIR — Michael Ferland, Brandon Sutter, and Brady Keeper — who combined offer them a little over $5 million in cap relief.
In the Golden Knights’ example, Stone has a salary of $9.5 million and thus his move to LTIR offered the team enough cap relief for them to activate Eichel.
In addition, the LTIR cap relief has been structured to help teams replace players during the regular season. Once we reach the playoffs, it’s a whole new ballgame as the salary cap disappears. Because there’s no salary cap during the postseason, teams can activate their entire team. This is not a new concept but it is one that is being abused every year by teams who are well above the salary cap when they make their Stanley Cup run.
The NHL needs to adjust its rules to stop this from happening. They had no issue penalizing the Canucks for a completely legal contract handed to Roberto Luongo, so what’s the hold up here?

How teams abuse the cap loophole

Putting a player on LTIR until the playoffs offers a team a massive advantage. Not only do they get to open some cap relief to acquire more players for their playoff push, but the injured player also gets to rest up and avoid the bruises that come with a long NHL season.
Last season, the Tampa Bay Lightning left superstar Nikita Kucherov on LTIR for the entire regular season before he returned for the playoffs. His return to play was the first game of the first round and he went on to lead all playoff scorers with 32 points, nine more than anyone else.
“Sometimes the stars align for you,” said Lightning GM Julien BriseBois. “He was able to have surgery, miss the entire season, we were able to get some cap relief during the season, and he was able to come back a little sooner than expected.”
Another good example is the 2015 Chicago Blackhawks. When Patrick Kane went down with an injury, he was moved to LTIR to create some cap relief. This allowed the Blackhawks to go out and make a flurry of moves before the trade deadline, bringing in players like Antoine Vermette and Kimmo Timmonen. During their playoff run, they were ~7% above the salary cap.

When former-Canuck goalie Roberto Luongo retired in 2019, it triggered a three-year cap penalty for the Canucks worth just over $3 million per year. The Canucks are finally in the last season of the penalty, but it’s been a major factor in the team’s decision-making over the past few seasons, especially considering their already dire salary cap situation.
That cap recapture penalty was added to the Collective Bargaining Agreement after the 2013 lockout, multiple years after Luongo signed the contract. This means that at the time that Luongo came to an agreement with the Canucks in 2009, the contract was perfectly legal. Despite that, the NHL still decided to penalize the Canucks with the largest cap recapture penalty in history.
The fact that the Canucks had this cap recapture penalty upheld is ridiculous. The fact that the NHL now wants to turn a blind eye to another legal avenue of clear cap circumvention is worse.

How the NHL could fix this issue

The NHL could fix this issue quickly and without too many resources. It’s sure to continue to grow into a larger story as time progresses, especially if teams continue to abuse it. One suggestion as to how the NHL could fix this issue is to have any player that enters the playoffs on LTIR be forced to miss the first round or even the first 10 playoff games a team plays. This would force teams to activate players before the playoffs where they would need to be cap compliant.
Another simple way would be to add a salary cap to the playoffs. Even if they make the salary cap for the playoffs higher than the regular season, it would be a better solution than what’s in place right now. No matter how they decide to fix the problem, they need to implement some rules to help curb this disregard of the salary cap.
The blame is not on the teams that are taking advantage of this loophole in the rules, it’s on the league for not finding a way to predict or solve this problem.
What do you think of the cap circumvention offered by the LTIR? How do you think this problem should be solved?
More from CanucksArmy:
Uncategorized
Recent articles from Noah Strang