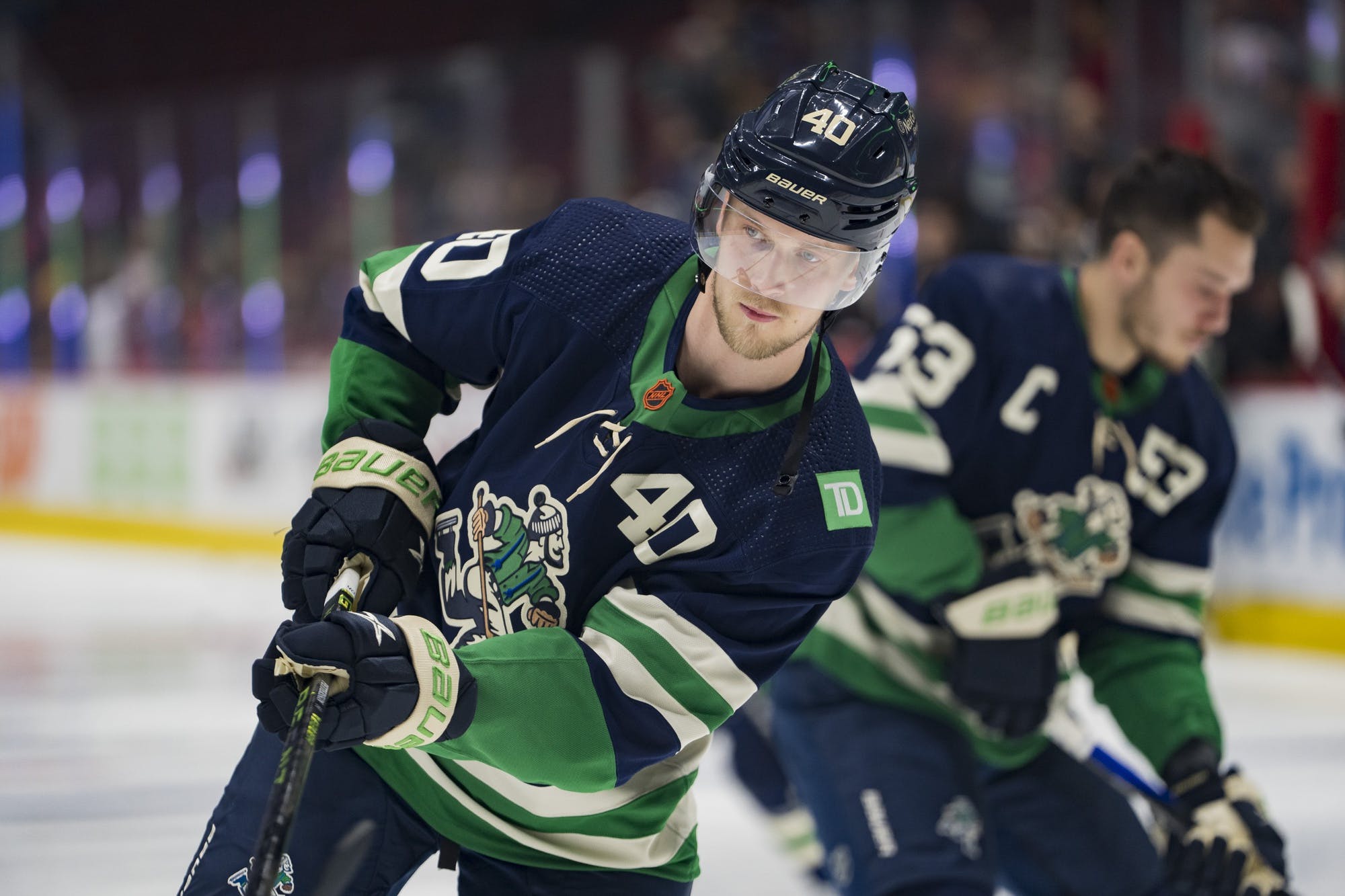 By David Quadrelli
1 month ago
A day after a report stated that signing Elias Pettersson to a contract extension is already on the Vancouver Canucks’ radar, Pettersson’s agent J.P. Barry made an appearance on Donnie and Dahli – The Team.
Barry, who also represents Quinn Hughes, Curtis Lazar, and Tyler Myers, talked mainly about Pettersson and gave the answer that Canucks fans everywhere were hoping to hear.
Elias Pettersson wants to sign long-term in Vancouver.
“Yes, I know he doesn’t want to go anywhere,” said Barry when asked if Pettersson’s preference is to sign long-term in Vancouver. “There’s never been any discussion of anywhere else. He’s happy where he is, and we’ll have to find out what the financial part of the negotiation is I guess when the team is ready; but no, I am totally expecting that we’re going to be sitting down with Vancouver to talk about his future.”
Fans couldn’t help but question if Pettersson even wanted to be here given all the losing the Canucks have gone through with no immediate help on the way. Clearly, Pettersson currently sees himself as part of the solution in Vancouver, and wants to help this team turn things around.
Recalling the time he sat down with the Dave Nonis-led Canucks management group about their plans for the Sedin twins and their plans for the future, Barry was asked if he’ll have a similar conversation with the Canucks’ new management group.
“I mean, these are always little discussions that you have when you’re talking about an impact player,” said Barry. “It’s not up to us to tell a team how to build itself, but when we’re talking about an impact franchise top of the market player, you’re gonna have those discussions at that time of what the plans are going forward. Players want to know, like a player that’s going to commit 6,7,8 years at a market value is going to want to know those plans, so I’m sure that will happen at a time.”
Pettersson is due for a new contract at the end of next season, but can sign an extension this offseason. He will be a restricted free agent at the end of his current contract, and gains UFA status after the 2024-25 season.
As for if he’ll start talks with Vancouver this offseason regarding a Pettersson extension, Barry said that’s ultimately up to the team but that he and Pettersson are certainly open to it.
“We do expect the team will want to discuss it,” said Barry. “I mean, the salary cap is always at the forefront for teams and I think they probably want to get a read on how much it goes up for next year and the year after, I mean, that’s what teams are waiting for. They have so much planning to do. I’m sure by June, they’ll have an idea of what it looks like going forward a little bit.”
As for some comparables, Barry agreed that another client of his, Coquitlam’s Mat Barzal, is a contract comparable for Pettersson.
“Yeah, they’ve always been comps for each other since day one,” said Barry. “They were a comp last time. There’s differences in their game but if you’re going to write down six-eight players as comps in age and experience and production, they’re going to be with each other.”
Barzal’s eight-year extension kicks in next season, and carries an AAV of $9.1 million. Pettersson is a better producer of offence than Barzal, so it will be interesting to see how much higher Pettersson’s AAV will be if he keeps up his strong play this season.
You can watch Barry’s full appearance on Donnie and Dhali by clicking here.
News
Recent articles from David Quadrelli