Instant Reaction: Canucks booed off the ice after second straight 5-1 loss at home 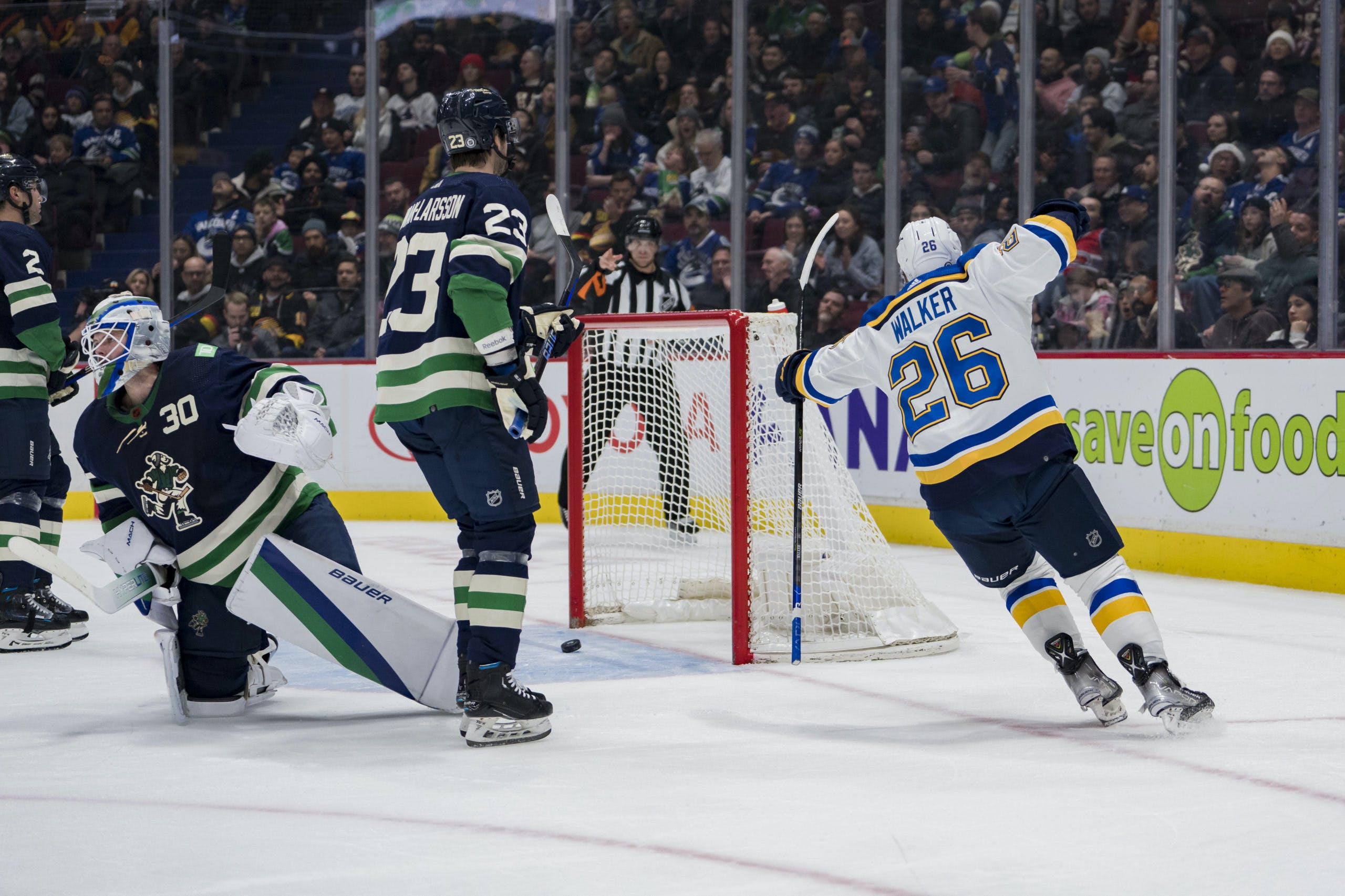 By David Quadrelli
1 month ago
Welcome back to Instant Reaction — the series at CanucksArmy where we give our instant reaction to the game and ask our readers to give theirs in the comments section below! The Stanchies by Wyatt Arndt, will be posted early tomorrow morning. The Statsies — CanucksArmy’s analytics-based post game report — will be posted later tomorrow.
It was genuinely hard to pick a title for this Instant Reaction article. I’ll tell you some of the runner ups.
Instant Reaction: Canucks lose 5-1 at home for fifth time this season
Instant Reaction: ‘Sell the team’ chant breaks out as Canucks lose again
Instant Reaction: Life hasn’t gotten any easier for the Canucks without Elias Pettersson
Instant Reaction: The Canucks are nearly unwatchable right now
Instant Reaction: Best flu home remedies to send Elias Pettersson
Sorry, that last one was actually just the Google search of Canucks fans everywhere.
Anyways, let’s get into this one.
The Canucks actually had a good start to this game! They were fast and hard on pucks and were efficient in breaking the puck out of their own end. They looked like they were in the driver’s seat early on, and we won’t judge you one bit if you stop reading at this point of tonight’s story.
Apparently, it’s easy to have a good start when you go to the power play twice in the first five minutes of the game.
Unfortunately for the Canucks, things got bad and then worse for them from that point on.
Once again, our most instant reaction to the Canucks losing a game 5-1 at home for the second straight game is that playing games without Elias Pettersson isn’t easy for this team.
Pettersson’s impact has been felt all season long, but it’s been especially noticeable with him not in the lineup. The Blues PK didn’t have to worry about the “Petterzone” nearly as much as opposing penalty kills typically do, and the Canucks’ power play didn’t look as dangerous as it usually does.
Of course, Pettersson being absent also means the Canucks lost their best penalty killer as well.
And wouldn’t you know it, the Blues went 2-3 on the power play while the Canucks went 0-4 tonight.
The short answer to all of tonight’s events seems simple, really. This team is near-unwatchable without Elias Pettersson.
The Canucks seemed to come out with a ton of energy and effort in the first period, but that slowly withered away as the night went on. By the third period, the Canucks’ lack of effort and ability to hang with a team they should be chasing in their “hunt for the playoffs” culminated in sparse “sell the team” chants that could be heard even on the broadcast for a brief period of time.
The Stanchies will feature all the tweets and comments you need to hear in order to get a feel for the mood of the fanbase, but a lot of them looked like this:
And it’s true. The Canucks aren’t very fun to watch right now.
It’s bad, and it’s especially bad at home, for some reason. The Canucks have played 15 home games this season, and have lost five of them by a final score of 5-1.
This team just isn’t good enough, and something has to give at some point. Right?
Editorials
Recent articles from David Quadrelli