Instant Reaction: A battle of shaky goaltending and low effort ends in Canucks loss to Jets 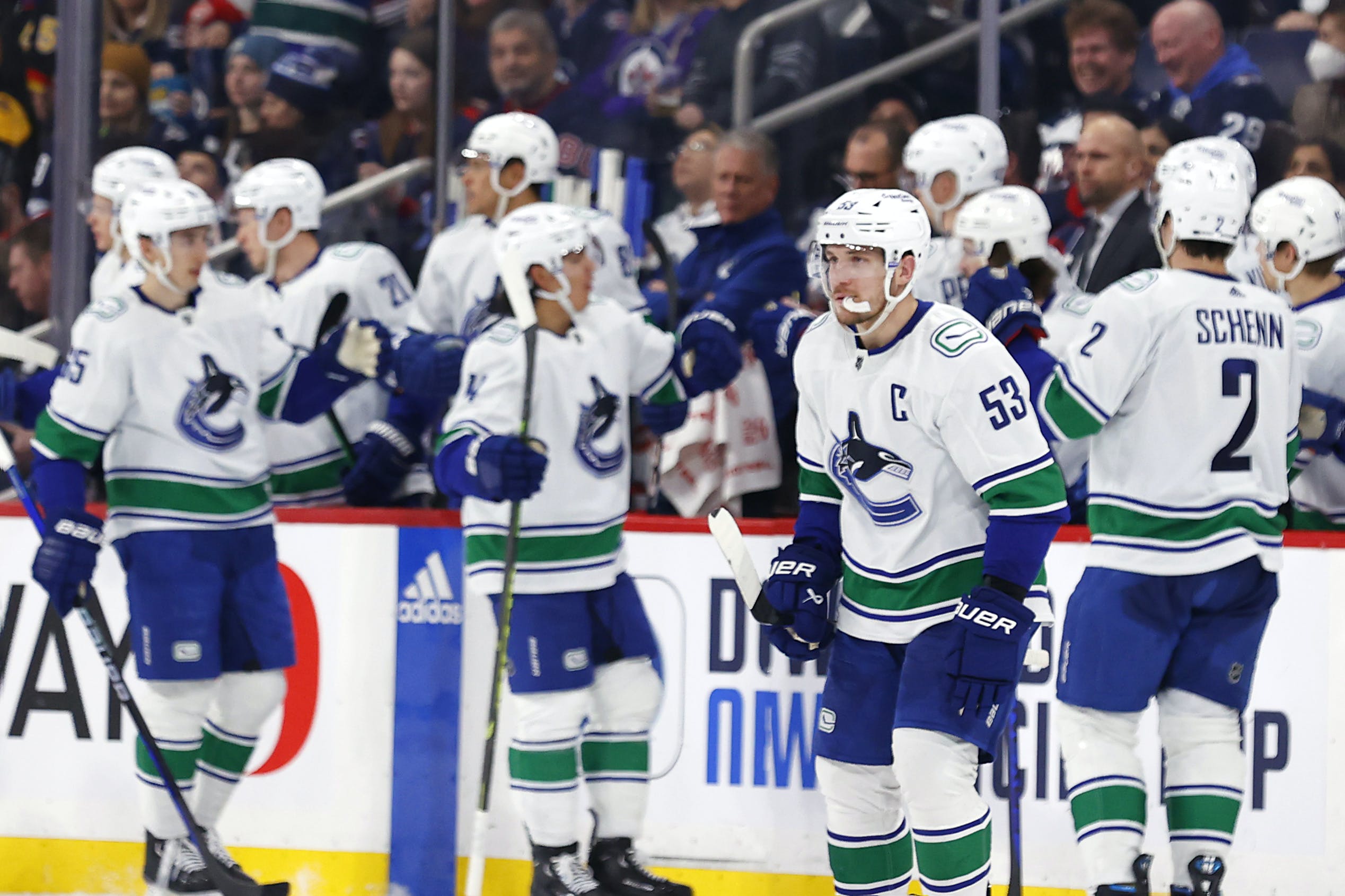 By David Quadrelli
20 days ago
Welcome back to Instant Reaction — the series here at CanucksArmy in which we give you our instant reaction to the game and ask you to do the same! The Stanchies by Wyatt Arndt will be posted later this evening and the Statsies — CanucksArmy’s analytics-based post game report, will be posted tomorrow morning.
Even with David Rittich in net, the Canucks couldn’t manage to come away with a victory. Now, the box score showing Rittich made 34 saves on 38 shots seems like it could be a bit misleading in this one.
The rules of instant reaction are that we don’t look at heat maps or any advanced analytics — it’s just our vibe from the game instead — but if we did look at some of the fancy stats, we’d bet that they’d show the Canucks didn’t generate a ton of high-danger chances. We’d also bet that the Canucks’ heat map shows them taking a lot of shots from the perimeter, and allowing the Jets to do just the opposite.
Regardless, the Canucks didn’t get the goaltending performance they hoped for from Collin Delia — who was pulled after allowing four goals on 13 shots — and Spencer Martin wasn’t that much better in relief. Martin made 11 saves on 14 shots and was tagged with the loss.
This game was described to me by someone as “the most JT Miller game ever”, and it’s hard to disagree.
Miller scored a goal and added two assists for a team-leading three points, but finished with a plus-minus of negative two.
Miller’s goal to open the scoring for Vancouver came from a solid effort from Elias Pettersson in the defensive zone to turn the play the other way, followed by an even more solid effort from number 40 in the offensive zone to ensure his team didn’t enter the second period down by two.
You’re going to see more than a few GIFs of that Elias Pettersson effort in The Stanchies I’m sure.
This certainly isn’t an effort to single out Miller, as his linemates, Andrei Kuzmenko and Elias Pettersson, finished with a -3 and a -2, respectively.
It was a battle between shaky goaltenders, sure, but the Canucks also returned to their lackadaisical ways on numerous occasions, especially in the defensive end.
For all the heat that JT Miller gets in this market for his defensive game, this play from Conor Garland was heavily scrutinized, and rightfully so:
To put it simply, the Canucks didn’t get great goaltending in this one, and seemed to give up once they realized that was going to be the case this afternoon.
And the scoreboard showed it.
What’s your instant reaction to tonight’s game? Let us know in the comments section below!
Editorials
Recent articles from David Quadrelli