After being historically bad, the Canucks should be a real shorthanded threat next season 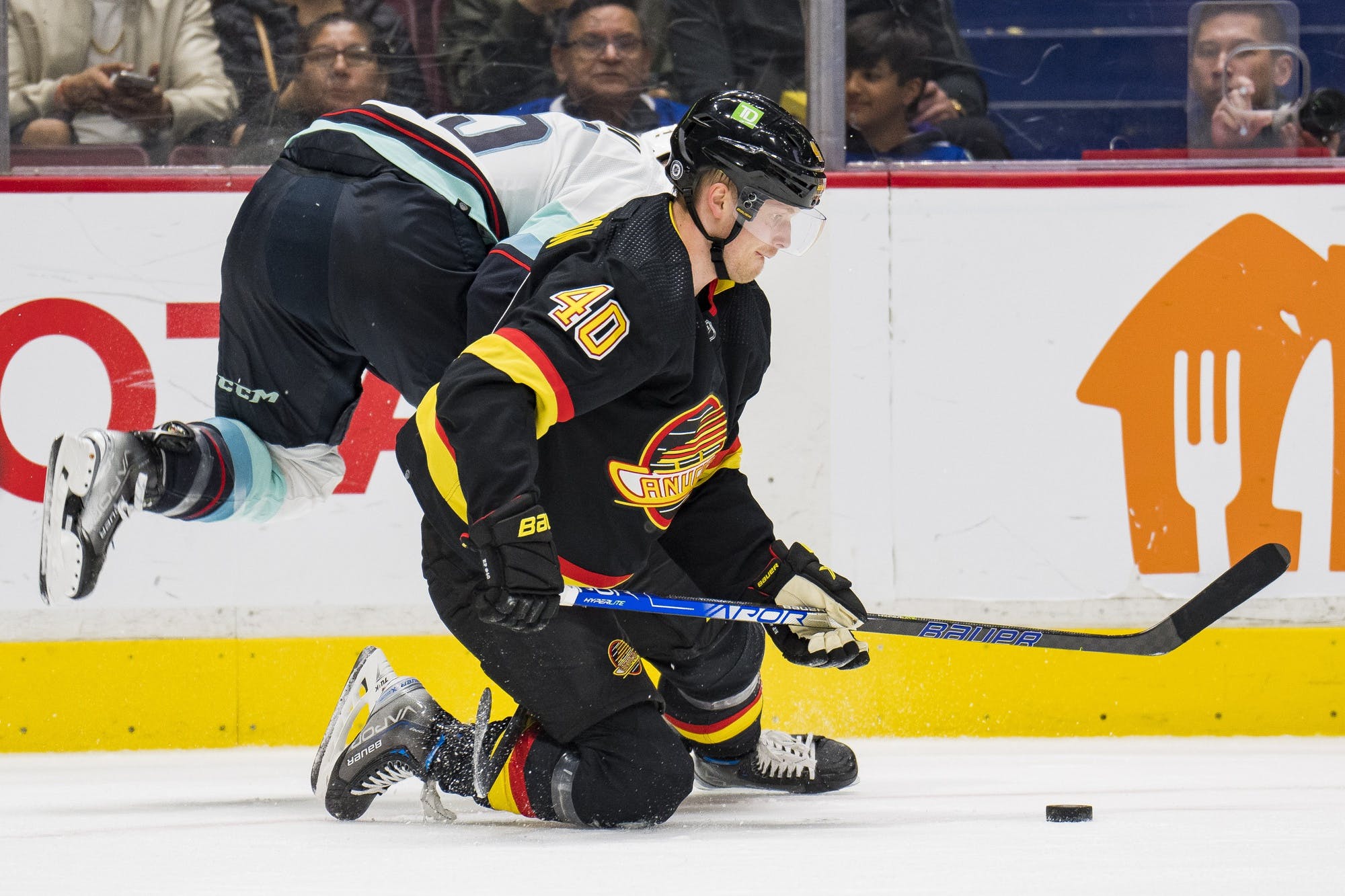 By Stephan Roget
5 months ago
How often can a sports team claim to be the worst of all-time at something?
It might not be a rare honour, but it’s a distinction all the same, and it’s one that the Vancouver Canucks were well on their way to achieving under coach Travis Green in 2021/22.
The Green-led penalty kill was not just the worst in the NHL, but — for at least a couple of months — on track to be the worst the NHL had ever seen.
The PK was still floundering at 64.6% when Green was let go and Bruce Boudreau was brought in to replace him.
Boudreau’s presence sparked an immediate improvement in the Canucks’ shorthanded play.
From NHL.com
In the 57 games under Boudreau that followed, the Canucks improved all the way up to 80.5%, good enough for 11th in the league. That’s still just barely above average, but it’s also a long way off from “worst of all-time.”
Which leads us neatly into today’s topic of what to expect from the Canucks’ penalty killers in 2022/23.
We’ll start with the PK unit holdovers. The following players received the most shorthanded ice-time under Coach Boudreau:
From NHL.com
From that list, all but Tyler Motte, Juho Lammikko, and Matthew Highmore are (as of this writing) set to return for 2022/23. Of particular note are leading PK defensive duo Tyler Myers and Oliver Ekman-Larsson, along with JT Miller up front. Each was decidedly more effective shorthanded under Boudreau.
Some others, like Luke Schenn, Quinn Hughes, and Bo Horvat, were used effectively in cleanup duty against second power play units, and posted some of the best shorthanded numbers on the entire team.
­Motte in particular looks like a big loss, but the bulk of the special teams that made Boudreau’s Canucks the 11th-best PKers in the NHL are still in place and presumably ready to kill penalties just as effective.
And then there are the additions.
First and foremost is Ilya Mikheyev, who just might be the fastest skater in the world. His wheels, combined with his defensive acumen, makes Mikheyev one of the deadliest threats in the league while shorthanded. He scored four shorthanded goals last year, and some statistical models project him to score even more in 2022/23.
Mikheyev replaces Motte’s contributions to the PK, and then some.
Another intriguing name worth discussing, although not exactly a new addition, is Elias Pettersson. Under Coach Green, Pettersson did not kill penalties much at all — save for the occasional stint at the tail-end of a minor.
Boudreau, however, was willing to give it a shot, and the sample size was definitely encouraging. Not only did Pettersson barely get scored on while shorthanded, he also managed two shorthanded goals of his own.
Expect Pettersson to continue to get PK reps, further building up his reputation as a two-way center and perhaps future Selke nominee. In fact, expect Pettersson and Mikheyev to be sent out there regularly together, resulting in a PK unit that just might be as likely to score as the PP unit they’re facing off against. Imagine the Canucks’ first PK unit holding down the fort, and then Pettersson and Mikheyev coming out to challenge either a tired first PP unit or a lesser second unit. The results might be staggering.
Of course, Mikheyev isn’t the only new addition who should receive minutes on the penalty kill. The endless motors of Curtis Lazar, Dakota Joshua, and Will Lockwood are all perfectly suited to killing penalties, and each has at least some experience in the role. Vancouver fans have also frequently called for Nils Höglander, master of puck retrieval and retention, to start getting some shorthanded time. Really, the Canucks could be looking at four or five sets of penalty-killing forwards to choose from, and that’s a good problem to have.
The defence, on the other hand, remains a work in progress, and is likely what will prevent the Canucks from ascending into the very upper echelons of PK success. Myers and OEL put up a valiant effort whilst shorthanded, and Schenn and Hughes are surprisingly effective, but the Canucks are still lacking that true number one defensive presence that can really take over a penalty kill.
It might not be a fatal flaw, but improving the blueline is really the only way for the Canucks’ penalty kill to take the next step and approach elite status.
Still, even with the blueline in its current state, the Canucks should at least be a good penalty killing team, and they definitely won’t be anywhere near the historical lows of last season. More specifically, they’ll be a team built to keep opponents on their heels while on the man advantage, always ready to turn the puck back up the ice for a shorthanded chance. This, in turn, should force power plays to play more conservatively against the Canucks…which, in turn, makes it all the easier to kill those penalties.
Plus, from a fan’s perspective, is there anything more exciting in hockey than a shorthanded breakaway? Get ready to see a lot of them in 2022/23. The Canucks are going to be just as fun to watch at 4v5 as they are at even-strength.