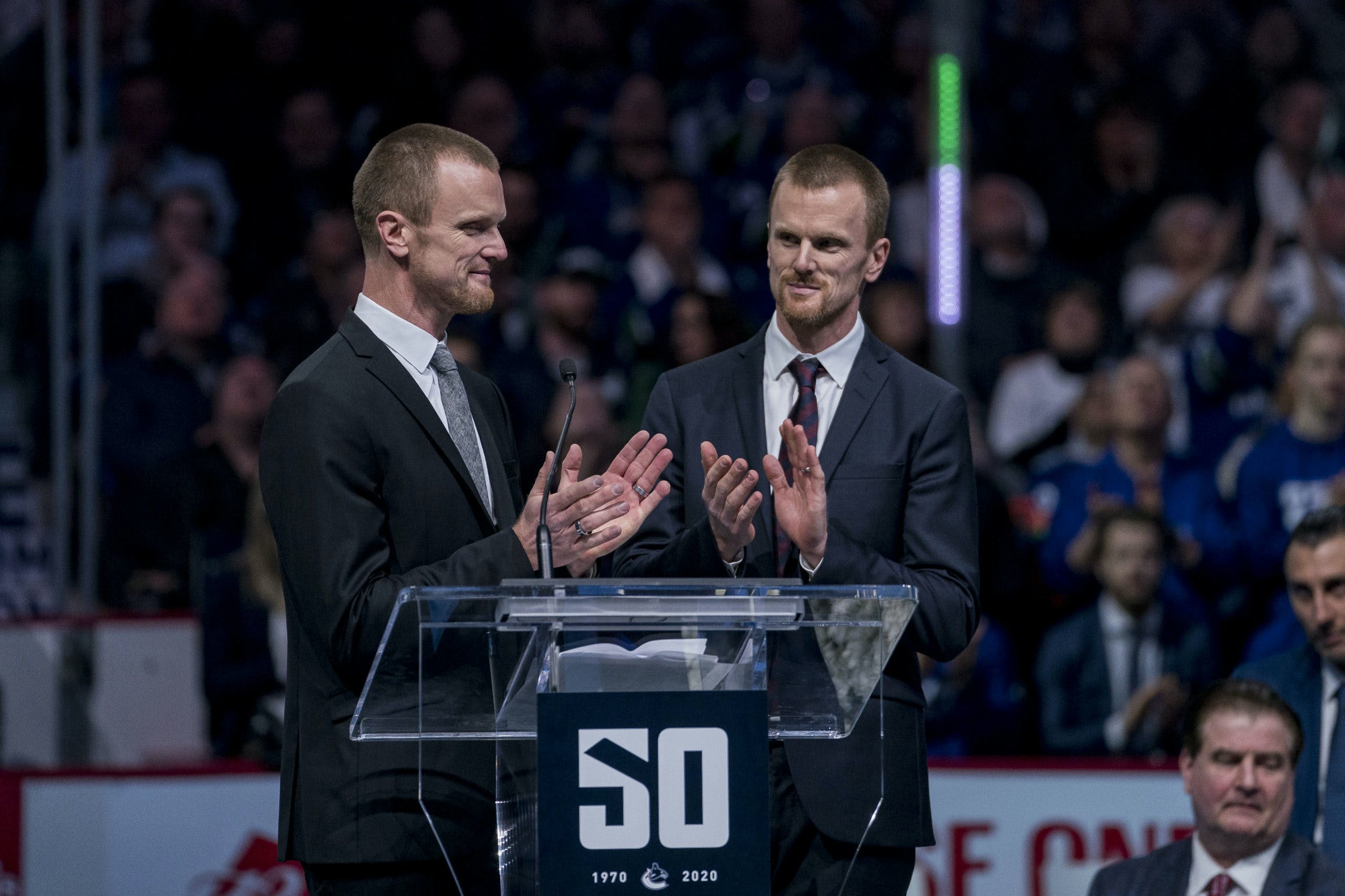 By Mike Gould
5 months ago
The Hockey Hall of Fame announced its 2022 Class of inductees on Monday afternoon, and three of them played for the Vancouver Canucks.
Daniel Sedin, Henrik Sedin, and Roberto Luongo have all been inducted into the Hall in their first year of eligibility.
Daniel Alfredsson, Riika Sallinen, and Herb Carnegie round out the Class of 2022. Carnegie was inducted in the builder category.
The Sedin twins played their entire careers with the Canucks after being selected by the team in the first round of the 1999 NHL Draft. Both Sedins were born in Örnsköldsvik, Sweden on September 26, 1980.
Henrik played 1,330 regular-season games with the Canucks from 2000 to 2018, scoring 240 goals and 1,070 points. He won the Art Ross Trophy and the Hart Memorial Trophy in 2010 and was named to the league’s end-of-year First All-Star Team in 2010 and 2011.
Daniel scored 393 goals and 1,041 points in 1,306 games with the Canucks from 2000 to 2018. He won the Art Ross Trophy and the Ted Lindsay Trophy in 2011, finishing second in voting for the Hart, and was named to the First All-Star Team in 2011.
Both Sedins helped the Canucks reach the 2011 Stanley Cup Final, where they fell to the Boston Bruins in seven games. The twins captured Olympic gold with Team Sweden at the 2006 Turin Olympics, while Daniel won silver at the 2014 Sochi Olympics (Henrik missed the tournament due to injury).
Luongo, 43, played eight seasons with the Canucks from 2006 to 2014, also spending time with the Florida Panthers and New York Islanders during his 19-year NHL career.
In 448 career games with the Canucks, Luongo posted a 252–137–50 record, 38 shutouts, and a .919 save percentage. He captured the 2011 William M. Jennings Trophy and was twice named a Vezina Trophy finalist during his tenure in Vancouver.
Luongo was the starting goaltender for Team Canada at the 2010 Winter Olympics in Vancouver and was on the ice when Sidney Crosby scored his iconic “Golden Goal” against Team USA.
Only three goaltenders in NHL history amassed more career wins than Luongo’s 489: Martin Brodeur (691), Patrick Roy (551), and Marc-Andre Fleury (520). Luongo finished with a 489–392–33–91 record in 1,044 career games with the Islanders, Panthers, and Canucks between 1999 and 2019.
Notably not inducted into the Hockey Hall of Fame: Alexander Mogilny, who has been eligible since 2009. Mogilny amassed 1,032 points in 990 career NHL games, including 308 points in 312 games with the Canucks from 1995 to 2000.
The Hockey Hall of Fame will hold its official induction ceremony for the Class of 2022 in Toronto on November 14.
More from CanucksArmy:
Uncategorized
Recent articles from Mike Gould