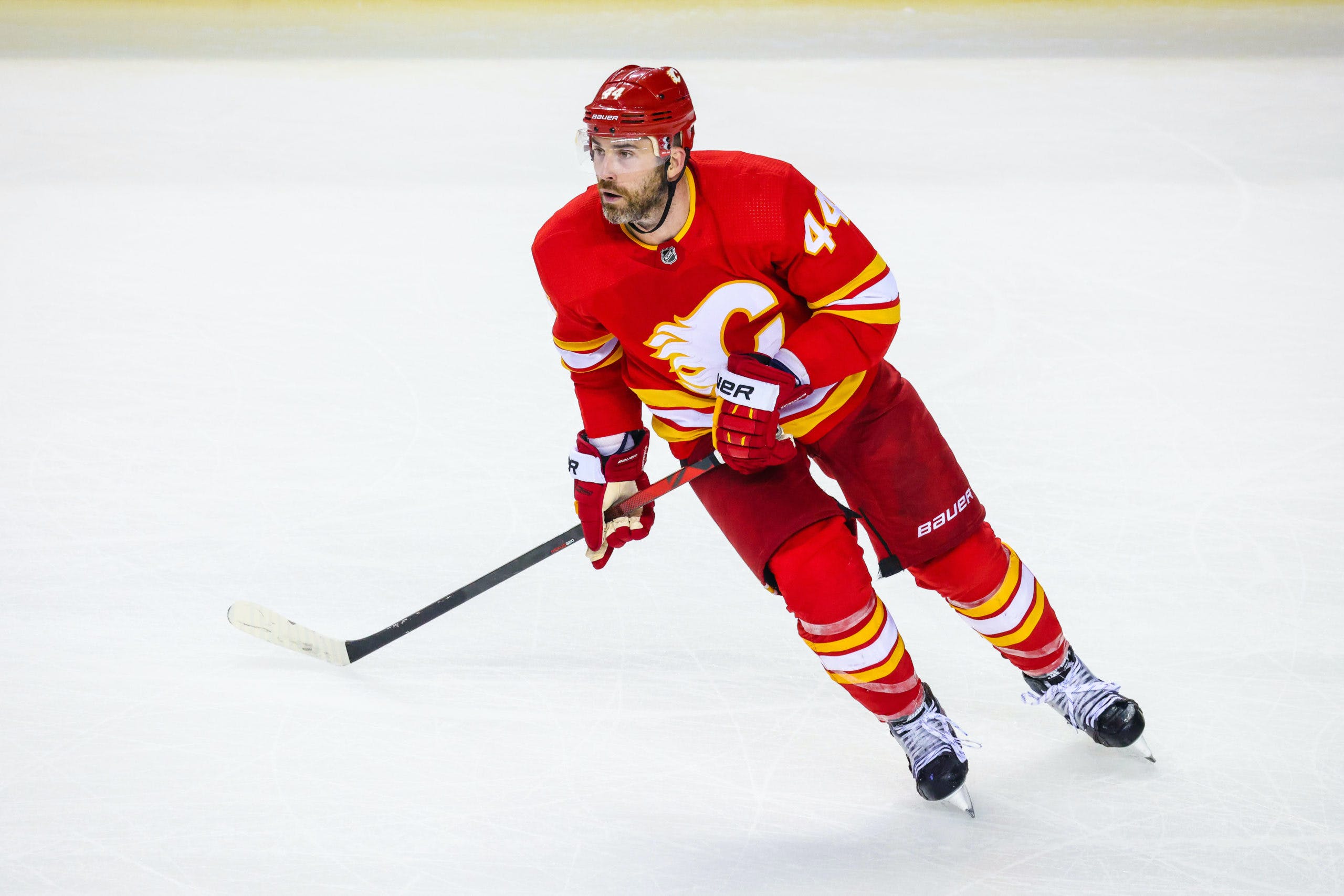 By Lachlan Irvine
6 months ago
Former Vancouver Canucks defenceman Erik Gudbranson will go down as one of the big winners of NHL free agency today after signing a four-year, $16 million deal with the Columbus Blue Jackets. Gudbranson, who spent last season with the Calgary Flames, will earn an AAV of $4 million until 2026.
The 30-year-old Gudbranson has bounced around the league since the Canucks traded him to the Penguins for Tanner Pearson at the 2019 trade deadline. Across stops in Pittsburgh, Anaheim, Ottawa, Nashville and Calgary, Gudbranson has posted 32 points and 226 penalty minutes over 193 games.
Last season, Gudbranson joined the Flames on a one-year contract worth $1.95 million and proved to be a decent depth option under head coach Darryl Sutter’s system. But the $2.05 million raise and extended term the Blue Jackets are committing to him will undoubtedly go down as one of the most surprising signings of the day.
“Adding experience, size and toughness to our blueline was a priority for us this summer and Erik Gudbranson fits that bill perfectly. He also has tremendous character and will be a great addition to our leadership group,” Blue Jackets GM Jarmo Kekalainen said today.
Gudbranson will likely see an increased role on a younger Jackets blue line, and could potentially play a lot of minutes alongside Columbus franchise face Zach Werenski. He’ll also play a crucial role in insulating 21-year-old Adam Boqvist and 24-year-old Andrew Peeke on the Blue Jackets’ right side.
More from CanucksArmy:
Uncategorized
Recent articles from Lachlan Irvine