The Flames got an amazing haul for Matthew Tkachuk and are going to be a force again next year: Around the Pacific 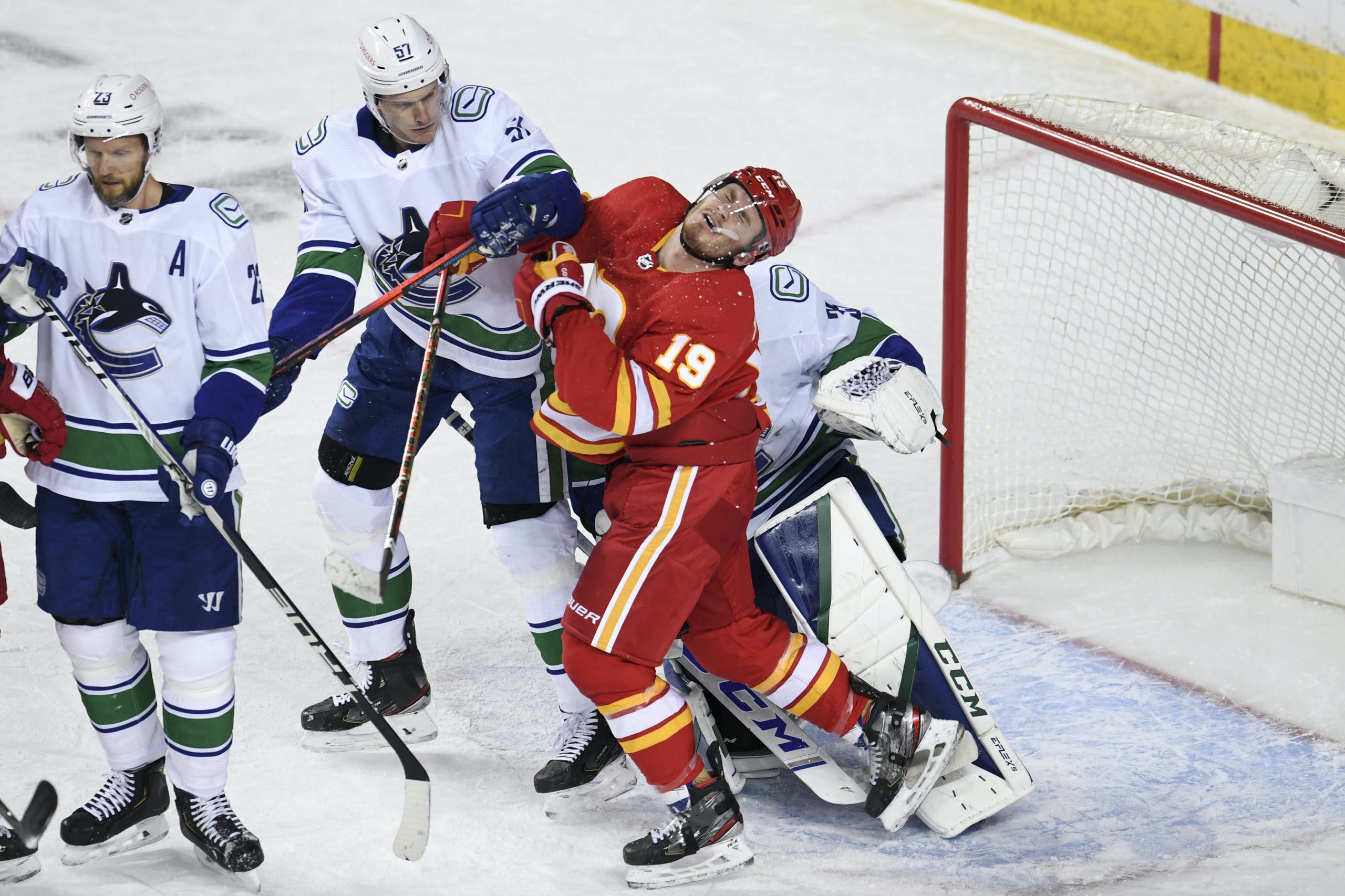 By David Quadrelli
6 months ago
Welcome back to Around the Pacific — a column in which we break down news from around the Pacific Division through a Canucks lens.
It was fun while it lasted, wasn’t it?
After the Calgary Flames lost Johnny Gaudreau to free agency at the eleventh hour and Matthew Tkachuk informed them shortly thereafter that he wouldn’t be signing long term, things looked bleak in Calgary.
It appeared as though the team who finished at the top of the Pacific Division was set to not only no longer be a lock for a top three spot — but perhaps even be forced into a rebuild of sorts.
That was, of course, until late last night when reports surfaced that Matthew Tkachuk had been traded to the Florida Panthers for an absolute haul of assets in return.
Here’s what the Flames got back for Tkachuk:
Simply put, despite having his back up against the wall and his options limited to whoever Tkachuk was willing to sign long-term with, Calgary GM Brad Treliving pulled a rabbit out of his cowboy hat with this trade.
The Panthers signed Tkachuk to an eight-year contract with an annual average value of $9.5 million immediately after the deal, but this certainly feels like an overpayment by Flordia upon first glance.
Nonetheless, the point here is that the Flames are once again poised to be contenders for the first place spot in the Pacific, meaning that the top three spots in the Division will once again be an intense battle all season long.
More from CanucksArmy:
Uncategorized
Recent articles from David Quadrelli