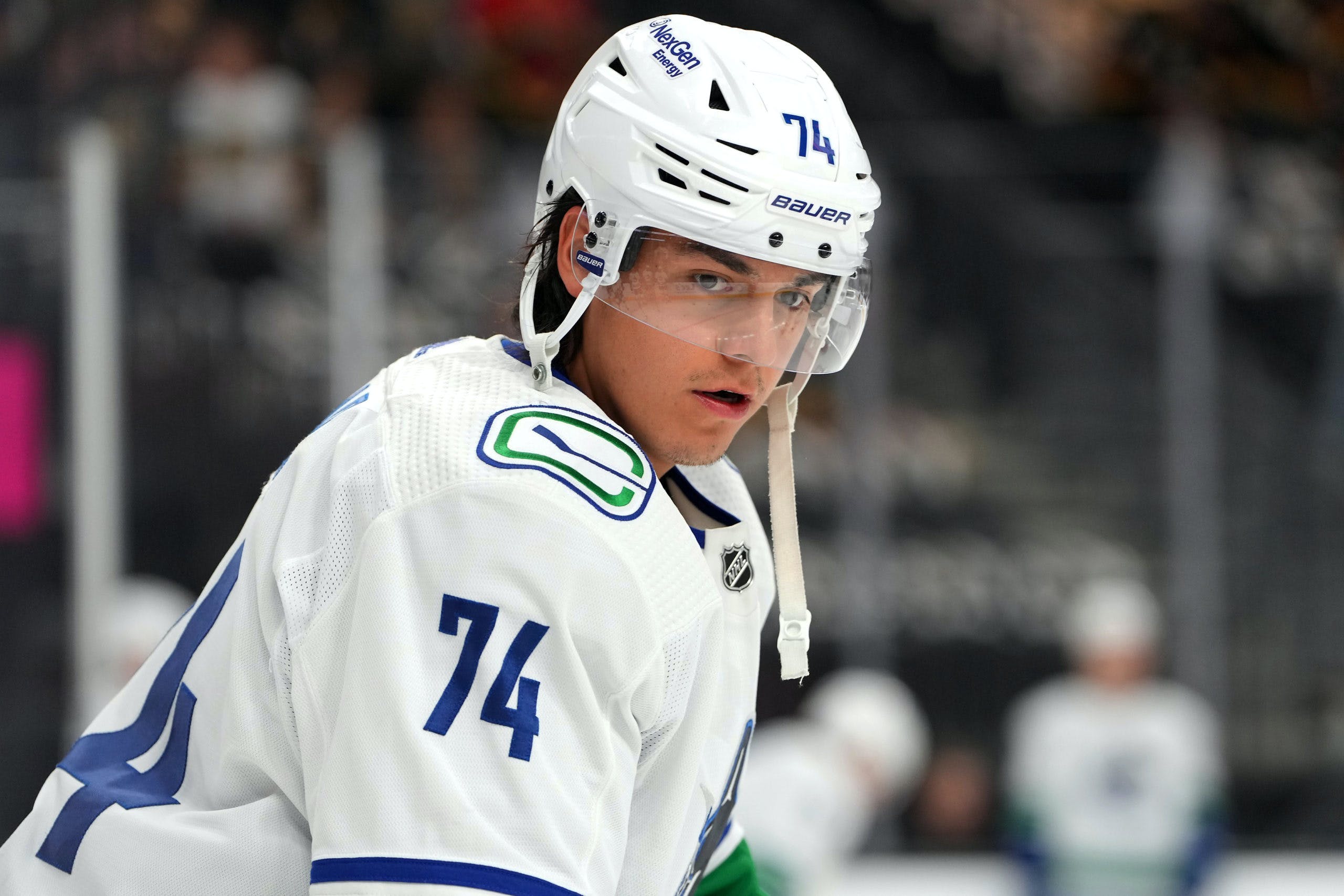 By David Quadrelli
1 month ago
On today’s episode of Canucks Conversation, Chris Faber and I talked about Bo Horvat’s statement from earlier today, the biggest surprises of the season so far, and more.
We also talked about the Canucks’ new-look lines at practice today, and Faber spoke about his conversations with Jack Studnicka and Ethan Bear.
As we wrote in today’s scenes from morning skate, Studnicka lined up alongside Bo Horvat and JT Miller, and Ethan Bear found himself on a pairing with Quinn Hughes.
Faber asked Bear about the pairing, and this is what he said:
“At the end of the day, we get paid to do a job, and that’s what it’s about,” said Bear. “It doesn’t matter how big or what size you are, it’s about bringing that compete and using your skills. Using what got you here, and to break pucks out. Obviously there’s bigger guys, you’re not going to be able to move them around, but you’ve got to be creative in ways to get the puck and move it forward.
“That’s something I figured out in this league, I’m not a bigger guy but I can hold my own against bigger guys, I battle hard. For me and Huggy, if we do go out tomorrow, it’s just going to be for me being solid defensive and moving the puck out quick. I’ll try to help him out but I know he’s good in his own end too, I’ll just encourage him to keep doing good.”
A Bear-Hughes pairing would certainly be effective at moving the puck, as the two have arguably been the Canucks’ best two defencemen this season.
You can watch the full segment below. The answer from Bear starts at the 3:05 mark.
Be sure to subscribe to the CanucksArmy YouTube channel!
You can catch the livestream of Canucks Conversation at 1 PM Pacific Monday through Friday on The Nation Network’s Youtube Channel here and the CanucksArmy Twitter account here. Clips of the show are posted daily to the CanucksArmy YouTube channel, which you can find by clicking here.
The show is also available in podcast format around 2 PM every day wherever you get your podcasts!
Shows
Recent articles from David Quadrelli