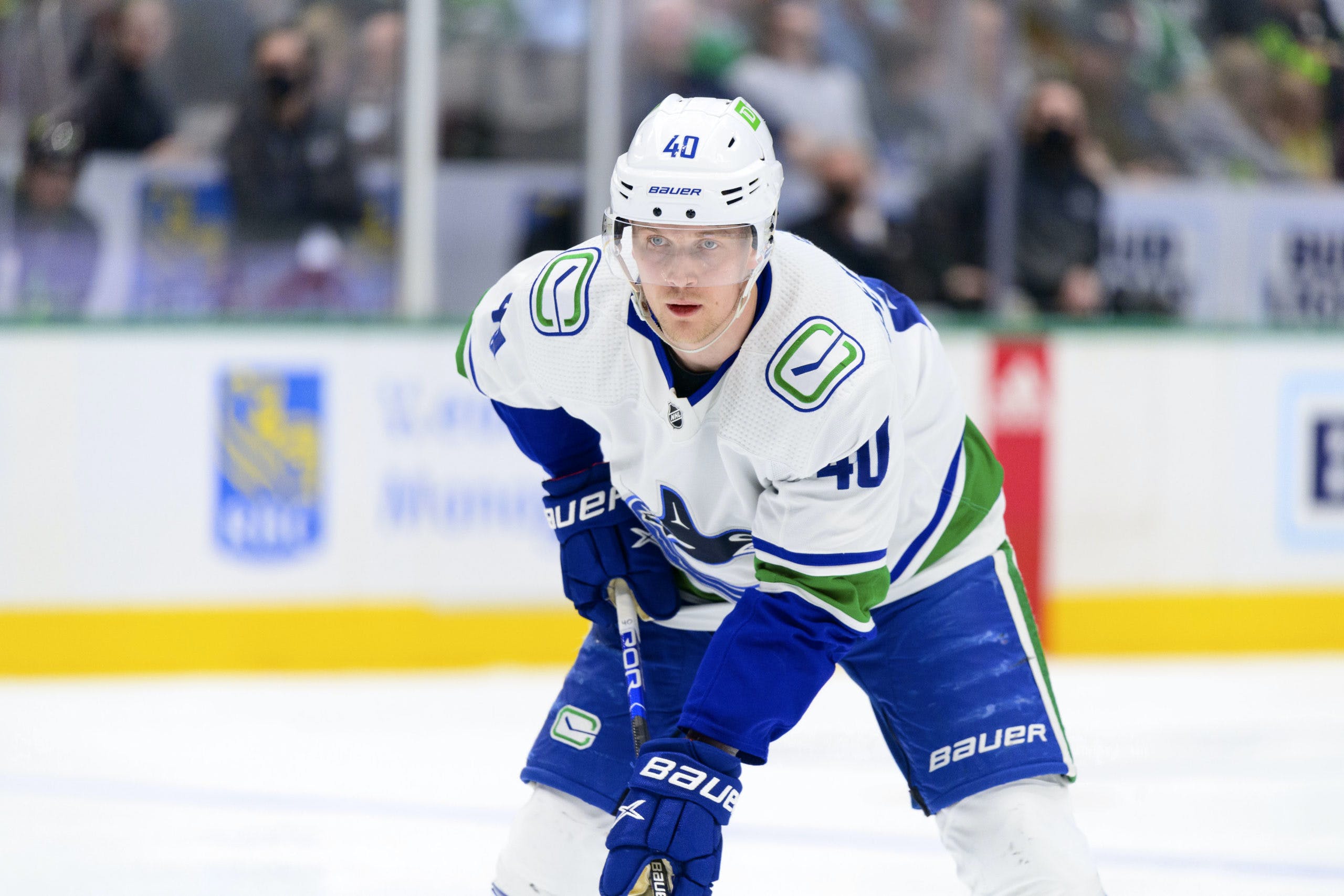 By Mike Gould
8 months ago
Vancouver Canucks forward @Elias Pettersson scored a pair of goals on Saturday to help his team pick up a 4–1 win over the Dallas Stars.
Pettersson’s second goal of the game — which ultimately stood as the game-winner — was his 20th of the season and the 200th point of his National Hockey League career.
The 23-year-old Swede now ranks third on the 2021–22 Canucks with 47 points (20 goals, 27 assists) in 65 games. For his efforts on Saturday, Pettersson received the “Canucks championship belt” award from teammate @Jaroslav Halak.
“Good win today,” Pettersson said to his teammates after receiving the belt. “This is the way we need to play. Last three games, I think we’ve battled hard and [we] need to do this to stack up a couple games there and try and make the playoffs.”
Pettersson’s first goal on Saturday came on a power play late in the second period. With the Canucks trailing 1–0 off a @Jacob Peterson goal, Pettersson one-timed a @Quinn Hughes feed past @Jake Oettinger to tie the game.
After remaining deadlocked with the Stars to finish the middle frame, the Canucks took a one-goal lead thanks to Pettersson scoring his second of the night at the 1:15 mark of the third period.
This time, Pettersson carried the puck all the way from the defensive zone before streaking down the right side in Dallas’ end and firing the puck past Oettinger from the top of the circle. @Oliver Ekman-Larsson picked up the lone helper on Pettersson’s 20th goal of the season.
Pettersson has now recorded three 20-goal seasons in his young NHL career. He scored 28 goals in 71 games as a rookie in 2018–19 before tallying 27 in 68 contests the following year.
@Bo Horvat and J.T. Miller also scored for Vancouver on Saturday. The Canucks (32–26–9) will return to action on Monday when they visit the St. Louis Blues (35–20–9) for a game at 4:30 p.m. PT.
Uncategorized
Recent articles from Mike Gould