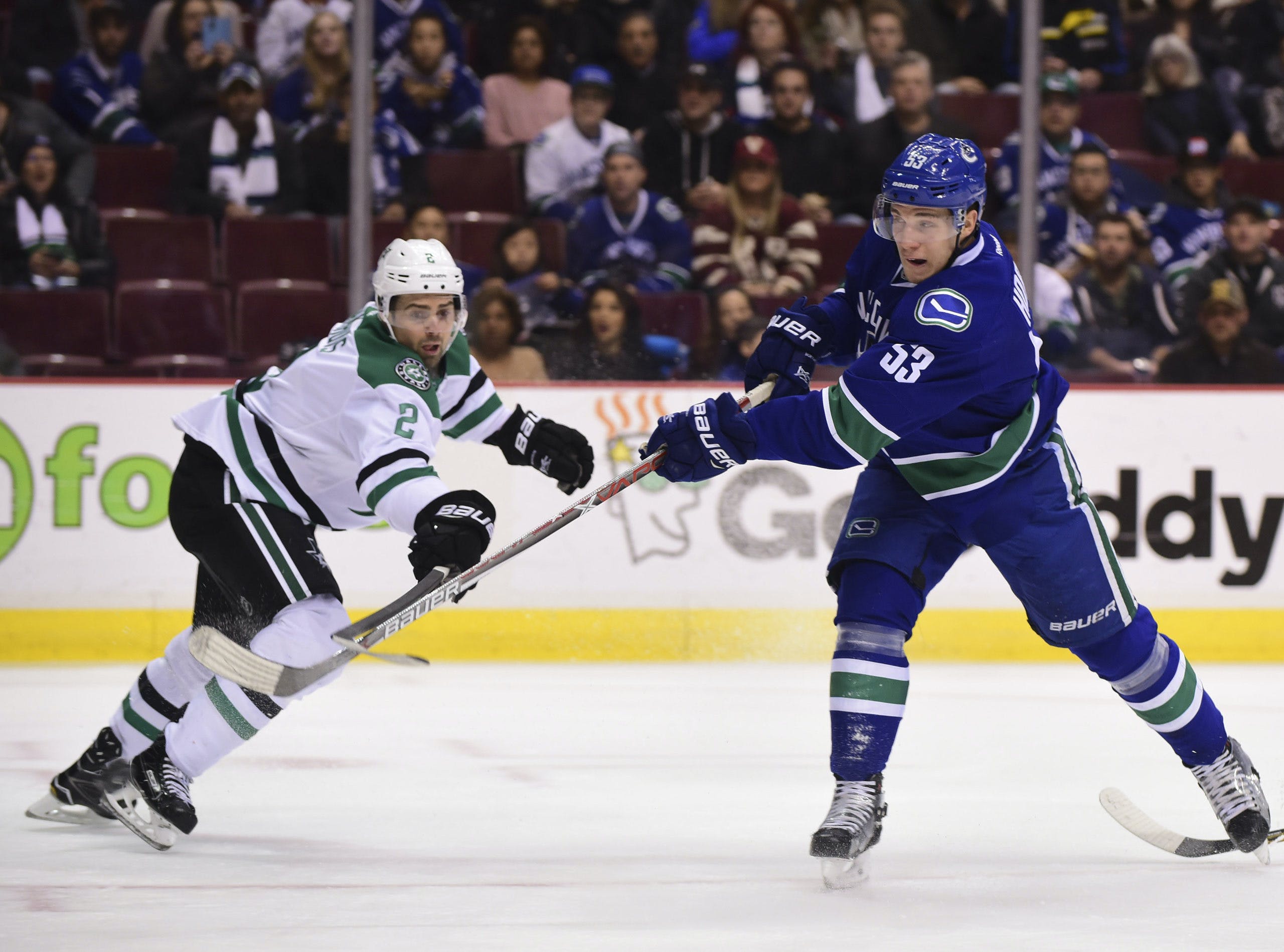 By David Quadrelli
8 months ago
If you’ve been a Vancouver Canucks fan for a while now, it’s likely that you’ve been shocked at something Jim Benning did while he was general manager of the team.
You can now add former Canucks defenceman Dan Hamhuis to that list.
On a recent appearance on Sekeres and Price, Hamhuis spoke about how the 2016 trade deadline unfolded, and how he was just as shocked as many fans at how the Canucks handled his situation.
Here’s what Hamhuis had to say:

“I didn’t want to waive my no move clause and lose that possibility of staying [in Vancouver]. So my number one thing was a contract extension with the Canucks at that time. They kind of kept putting it off, putting it off, and then then we got to the trade deadline. And of course, they had my no move, and they asked me [to waive] and I said, ‘no, I want to I want to be here. I want to stay and even if it’s in a role of helping young guys develop right now until we can get things back in the win column, I’m in for that.’
“Then a little bit of time went by and then they approached me and said, ‘Chicago has specifically asked for you and Dallas has well’ — specifically asked to trade for me. They were number one and number two I think in the whole Western Conference that year and it seemed like such a great opportunity, good organizations, and so it made me really consider it for a few days. And I knew that if — I mean — if they’re asking for me, and I took my no move clause away, it’s like for sure gonna happen.
“After a lot of consideration, we had a hard time passing up on the chance to play for one of those teams and make a run for the Cup. Then there’s always the chance that in free agency I could come back to the Canucks. So that is what we ended up doing… I was shocked that a whole day went by and nothing happened and then another one and another one, and another one. I couldn’t believe that trade never went through.
“Of course, I don’t know what happened behind closed doors with Jim Benning and what was offered and what wasn’t, but it ended up that I got to stay with the Canucks for the rest of that season. Once again, I was very hopeful to get a contract extension and probably would have played at a significant hometown discount, but it was unfortunate an offer never came across the table. So off we went to free agency.”

A native of Smithers, BC, Hamhuis played six seasons with the Canucks and was an important piece of the team that went to the 2011 Stanley Cup Final.
Hamhuis signed with the Dallas Stars in the 2016 offseason and played four more seasons in the NHL after the Canucks moved on from him.
You can listen to the full interview here.
Uncategorized
Recent articles from David Quadrelli