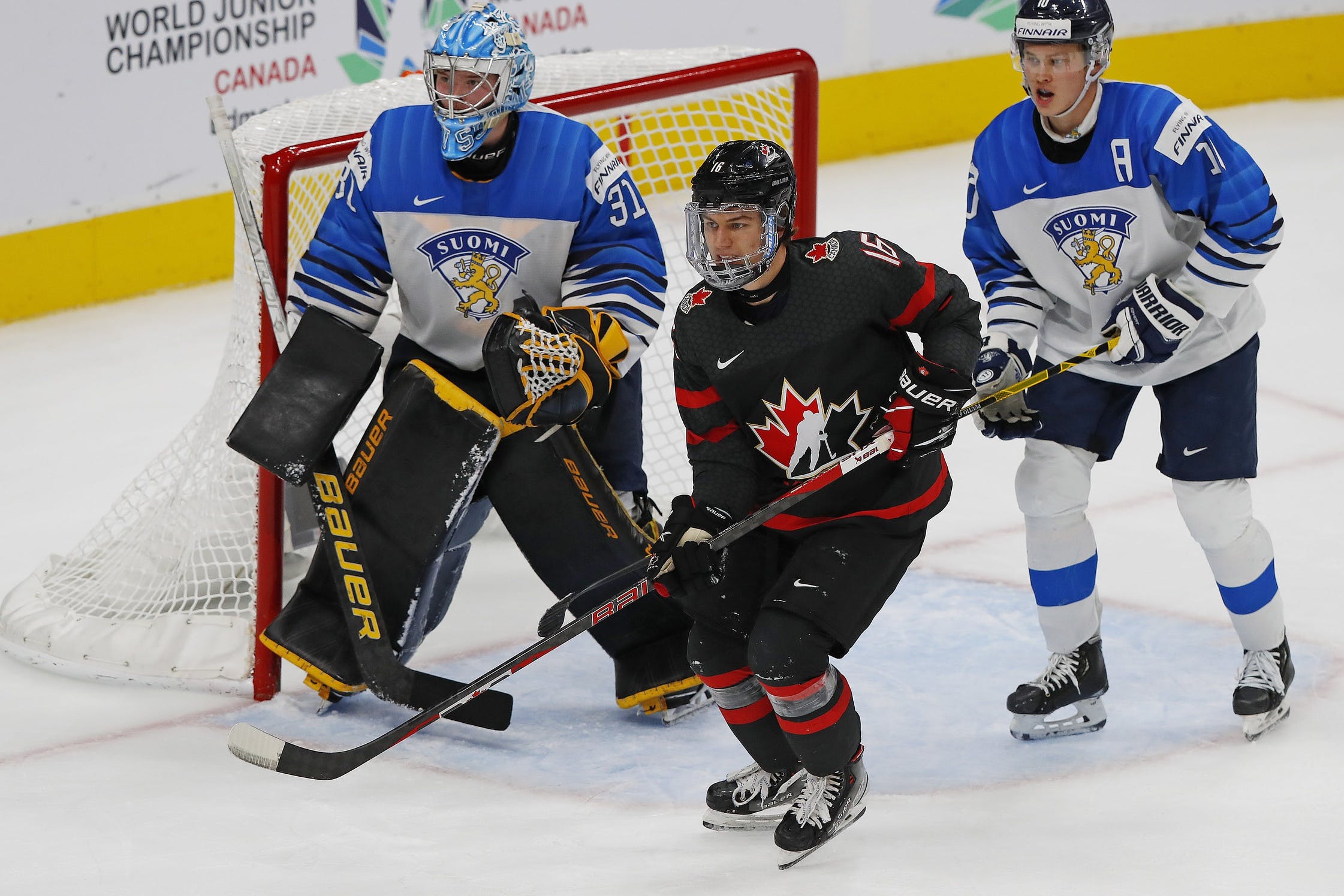 By Mike Gould
1 month ago
We already knew that one of Connor Bedard’s favourite NHL players is longtime Vancouver Canucks forward Tyler Motte.
Now, the North Van product is picking his hometown team to win the Stanley Cup this season.
Interviewed by the Regina Pats’ social media team for a TikTok video, the presumptive 2023 No. 1 pick didn’t hesitate to make his championship prediction.
“The Vancouver Canucks,” Bedard said. “Easy choice.”
Bedard, 17, scored 51 goals and 100 points in just 62 games with the Pats during the 2021–22 WHL regular season. He tallied four goals and eight points in seven games with Team Canada at the 2022 IIHF World Junior Championship.
As it currently stands, 31 of the National Hockey League’s 32 teams are in the running to select Bedard next June. The Florida Panthers have traded their first-round pick, but every other team either still has its selection or has traded it conditional upon it not being a top-10 choice.
The Canucks currently possess seven 2023 NHL Draft selections: their own picks in the first, second, third, fourth, fifth, and sixth rounds, plus the New York Rangers’ fourth-rounder (coincidentally, acquired in a trade for Tyler Motte, Bedard’s favourite player).
Vancouver traded its own 2023 seventh-round selection to the Arizona Coyotes in the deal that brought Oliver Ekman-Larsson and Conor Garland up north in exchange for Antoine Roussel, Jay Beagle, Loui Eriksson, and three draft picks.
News
Recent articles from Mike Gould