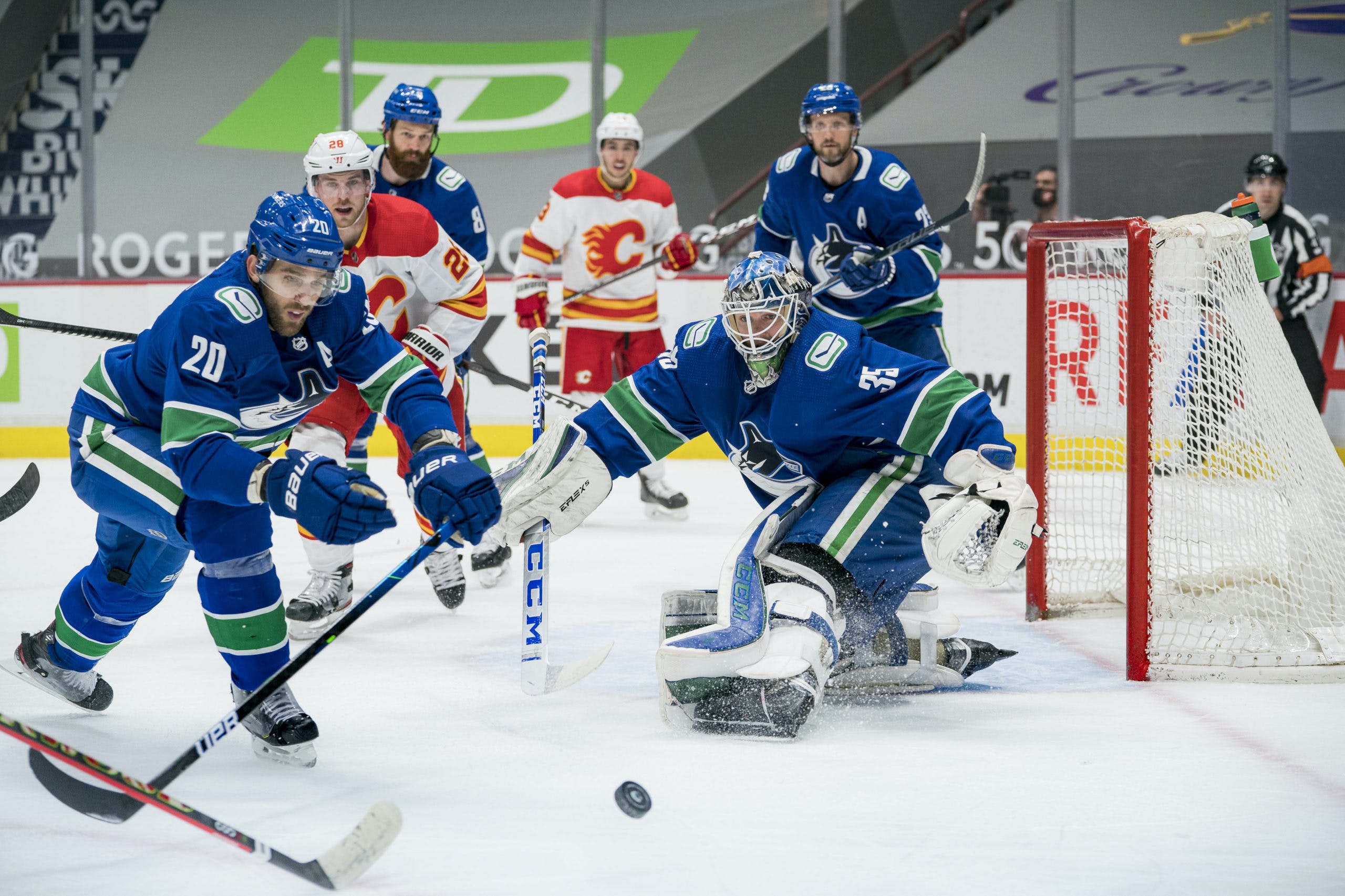 The finish to Monday’s game was anti-climactic but the lead-up in the last few minutes was vintage 2018/2019 Canucks hockey. Heck, I even threw in the towel with a minute left:
Brock Boeser then scored and I immediately ate my words, with A1 sauce. We hadn’t seen a comeback this season and even though it should have been a win, the way it ended did bring out a bit of hope that this team has a new tool in its belt. Their “give a $h!# meter” is starting to gain momentum and no, they’re not moral victories, these are steps in returning to form.
Vancouver now heads to Calgary to potentially get a split in the four-game set. Did anyone have that on their scorecard? A little bit more discipline will go a long way and for PETE’S SAKE, SHOOT THE PUCK PETTERSSON!
Let’s Do This!™

Will we see a shakeup tonight? Zack MacEwen could return and it wouldn’t shock anyone if Jake Virtanen sat in the press box. What a story this has become. Everyone was cheering for #shotgunjake and now they might want to #jettisonjake with his lacklustre play and invisible offence.
Jayce Hawryluk could even return and Canucks fans LOVE a good new guy story!
Was Monday’s game still good enough to keep Thatcher Demko in the net? Braden Holtby is probably due to make a start (the contract should dictate a few every now and then and Demko may need a night off as he isn’t quite THE starter yet)
CANUCKS LINES COURTESY OF DAILYFACEOFF.COM:
Mikael Backlund is day-to-day but that’s about it. Expect to see the same lineup again. I know, this section is boring.
Jacob Markstrom will start. Will he Finnish? (Tried so hard there. Didn’t even get the Nationality correct)
FLAMES LINES COURTESY OF DAILYFACEOFF.COM:

I saw that the Canucks could battle. They’ve shown they can sustain 60-minutes of effort and they can even take a lead. I believe Brock Boeser is currently the guy that has to lead the charge because Pettersson just isn’t trusting his weapons. Bo Horvat also needs to get back to being a menace but it’s going to take more than just a puck-moving power play.
The PP is still way too predictable. I’ve said this for years. I shouldn’t be able to figure it out but it’s too simple.
Canucks need something big tonight.

The only way the Canucks win is if they win the second period, they are the worst in the second by a landslide. A goal for the Canucks and keeping the Flames off the scoresheet can be a recipe for success tonight. Easier said than done.
Content
Recent articles from Always90four