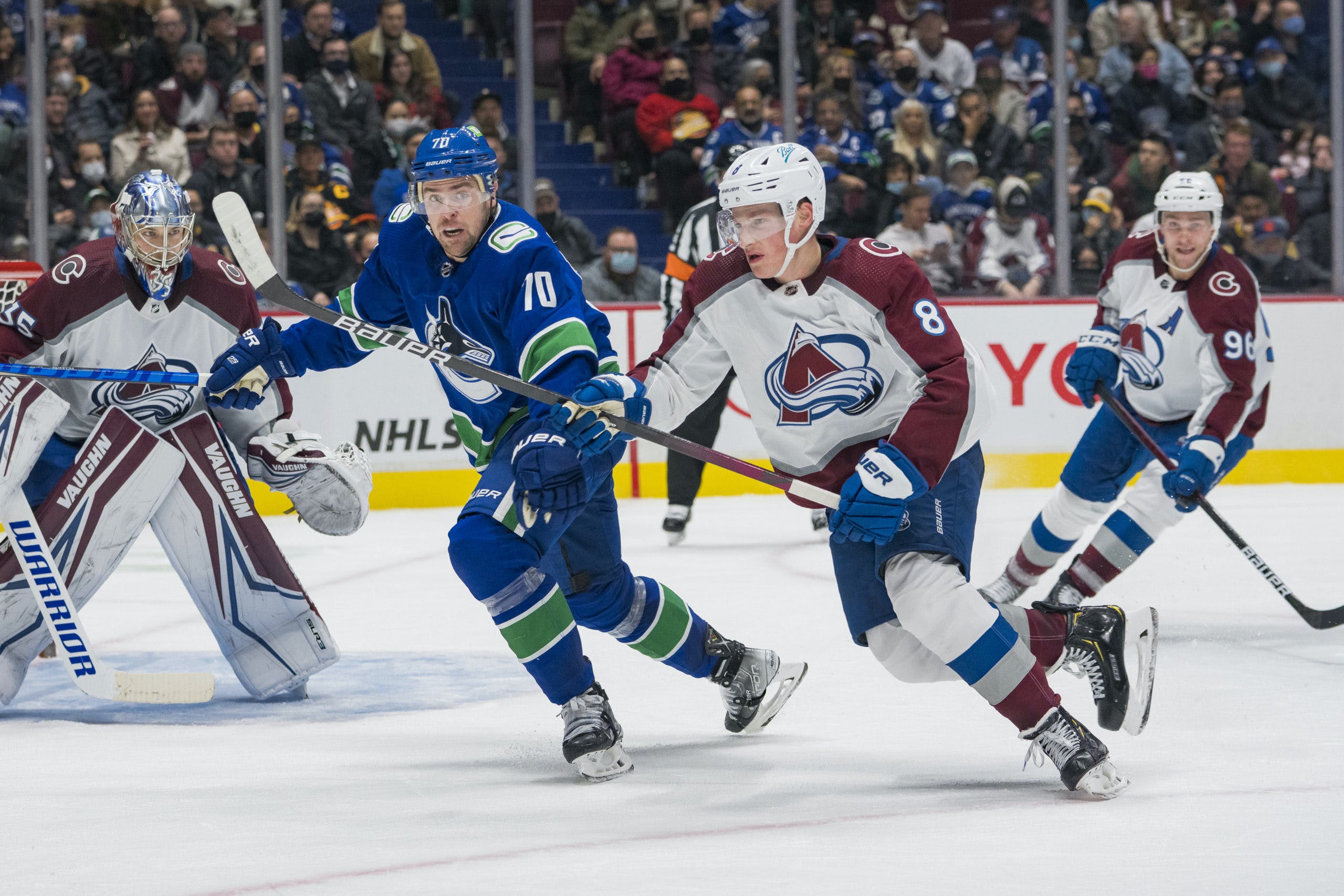 By David Quadrelli
1 year ago
With the pressure in the market only growing greater and their record only getting worse since the last time they played in front of their fans, the Vancouver Canucks were back at home to take on the Colorado Avalanche.

After spending time away from each other for most of the road trip, the Lotto Line featuring Elias Pettersson, J.T. Miller, and Brock Boeser was reunited as the Canucks continue to try to get their best guys going at 5-on-5.
Let’s do this!

The game opened with a solid shift from the Lotto Line in terms of possession in the offensive zone, but after not getting off for a change, the Avalanche were giving them all sorts of problems at the other end.
With the arena as quiet as it’s been perhaps all season, the Canucks managed to get a line change in after Thatcher Demko froze the puck to calm things down.
It was all Colorado to begin this game, and Demko had to be sharp early.
After the Avs managed to break in on a 2-on-1 and Vasily Podkolzin took a hooking penalty to ensure the Avalanche forward couldn’t get a quality shot off on Demko.
The Avalanche power play personnel hopped over the boards, and so did the Canucks’ coin flip penalty kill.
The Avs’ power play turned Demko into a shooting gallery, and Mikko Rantanen eventually converted after multiple grade-A opportunities. 1-0 Avalanche.
At the halfway point of the first, the Avs were outshooting the Canucks 9-1.
The Podkolzin-Dickinson-Garland line had some extended zone time and managed to get three shots — albeit low-quality ones — off on Kuemper.
At this point, the Canucks will take anything they can get.
Nicolas Aube-Kubel took an interference penalty with 5:48 remaining in the first to give the Canucks their first power play of the game.
The Canucks didn’t generate many good looks, but gave up a 2-on-1 to the Avs. Thankfully, the puck was bouncing and Darren Helm couldn’t make contact for the tap-in.
The Canucks best chance of this power play came when Conor Garland moved in and let go of a wrist shot from the top of the right circle.
On the bright side, the Canucks evened up the shot count at 11 apiece before the end of the period.
On the darker, more realistic side, the Canucks’ chances paled in quality compared to the Avalanche’s.
The Canucks remained down a goal heading into the second period of play.

Tyson Jost took a tripping penalty just two minutes into the period and put the Canucks back on the power play.
The power play once again failed to generate much of anything with the man advantage.
The Lotto Line actually looked pretty good tonight, and although the second was rather low-event, the first eight minutes were highlighted by a couple of strong shifts in the offensive zone for the Canucks’ top line.
Then the Dickinson line had a strong shift, thanks in large part by strong work on the forecheck by Vasily Podkolzin.
Conor Garland managed to bury a loose puck on a broken play in front of Kuemper to tie this game at 1-1.
Then after the Canucks continued to turn up the pressure on the Avs a bit, Nils Höglander was absolutely robbed by Kuemper.
The Canucks kept up the pressure, and were much stronger in the second period than they were in the first.
With 2:25 left in the first, Horvat took a hooking penalty
Tyler Motte took a tripping penalty that drew the ire of just about everyone in Rogers Arena, as the replay appeared to prove Motte’s innocence.
The refs clearly saw this, and called the make-up call to end all make-up calls on Nazem Kadri.
The Canucks managed to kill off the first penalty, and the period came to a close with the teams at 4-on-4.

After the teams returned to five-on-five, Tucker Poolman got a shot on goal from the point that somehow found its way past Kuemper and made it 2-1 Canucks.
Alex Chiasson then took an elbowing penalty and opened the door right back up for the Avs to come back.
After some slick puck movement and after Miller lost his stick, the Avs converted to tie this game up at 2-2.
After the goal, Miller shoved the goalscorer Kadri into the post of the Canucks’ net and a scrum ensued.
Miller and Rantanen were given offsetting roughing penalties.
Then, out of pure frustration after a big hit in the offensive end, Quinn Hughes broke his stick over Sam Girard.
Hughes was assessed a two minute minor for cross-checking and the Avs were given a 4-on-3 power play which they quickly converted on to make it 3-2 Colorado.
Shortly after this goal, the first “fire Benning” chant of the night could be heard.
The Canucks weren’t even playing that poorly, but it’s no secret that this fan base expects more than moral victories at this point.
Side note: this was one of the worst officiated games I’ve seen in a while. Missed calls against both teams, poor calls, make-up calls, you name it — this game had it.
With just over a minute remaining, the Canucks pulled their goalie and sent Conor Garland out with the first power play unit personnel.
With their net empty, the Canucks didn’t manage to generate much in terms of scoring chances, and gave up an empty net goal. 4-2 Final. 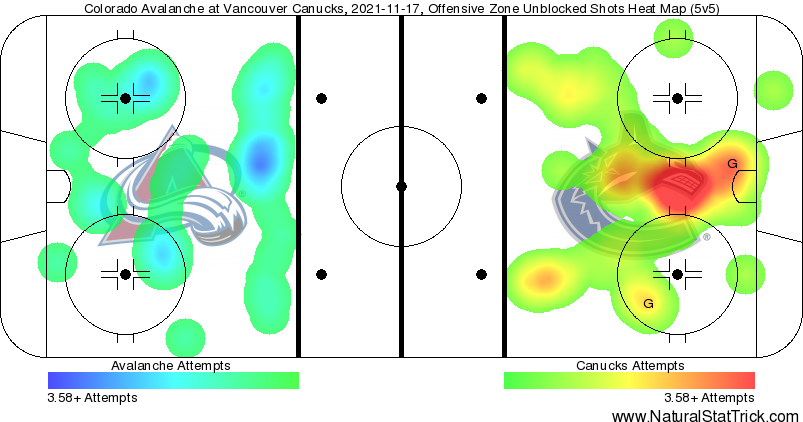 The fire Benning chants weren’t picked up on the broadcast, but they were definitely noticeable later in the game.
There were also some fans who could be heard chanting “sell the team!” on the concourse after the game.
Fans also brought out some signs for this one:
If this team doesn’t turn things around on this homestand, the pressure is only going to increase, and those chants are only going to get louder.
The Canucks are back at home Friday night when they will welcome the Winnipeg Jets into town. Puck drop is at 7 PM from Rogers Arena.
Uncategorized
Recent articles from David Quadrelli