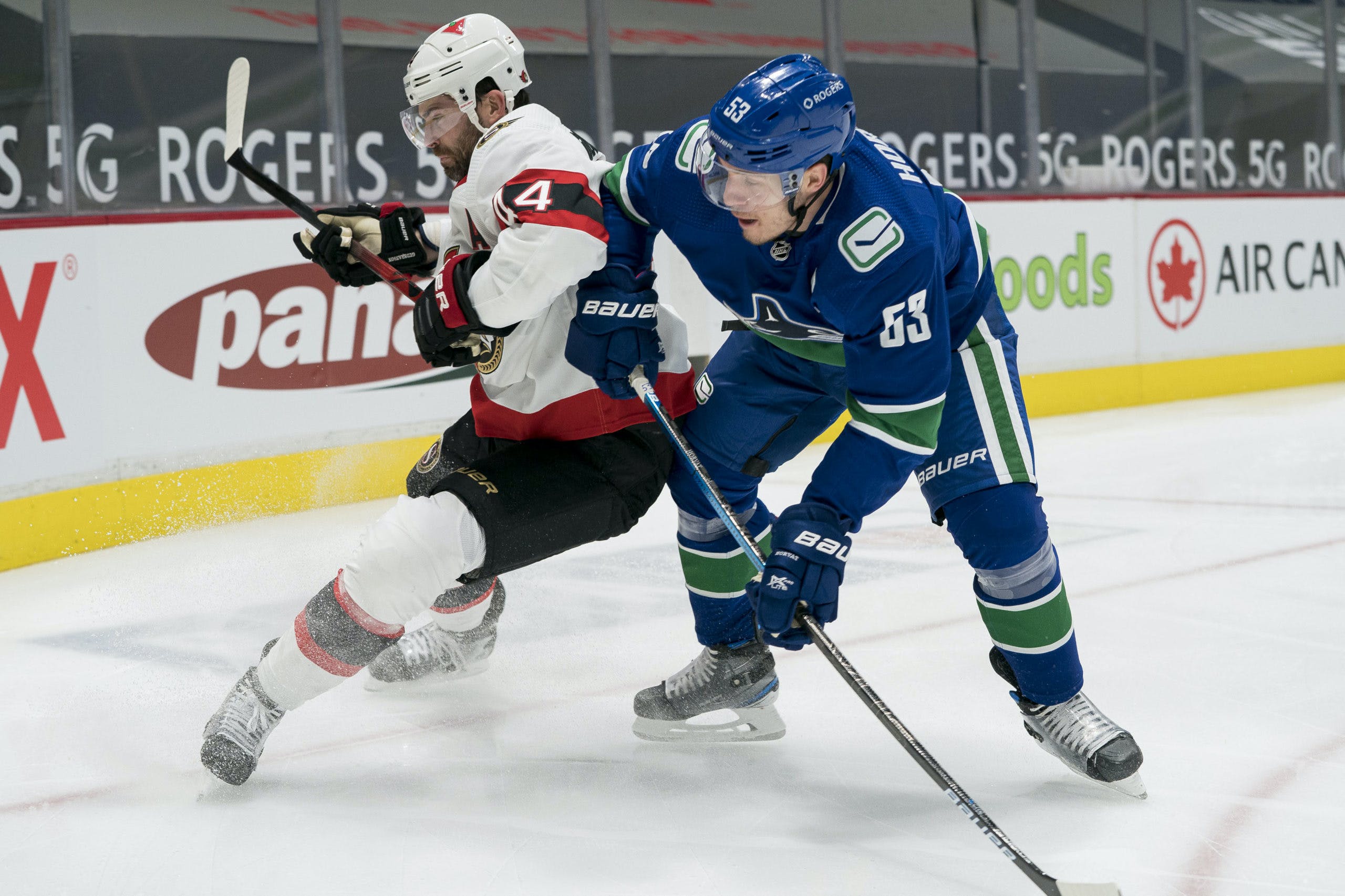 By Nation World HQ
1 year ago
by OddsShark (@OddsShark) – Sponsored Post
The Vancouver Canucks are 8-1 in their last nine games against the Ottawa Senators. The Canucks will look to extend their current winning streak over the Senators to five games with a victory on the road on Wednesday night.
Vancouver is a -145 favourite on the NHL odds in Ottawa at sportsbooks monitored by OddsShark.com. The Senators (+125) have been an underdog in every game they’ve played this season and are 10-20-2 in those 32 games.
Canucks vs Senators | OddsShark Matchup Report
J.T. Miller split the defense at the blue line and scored the game-winning goal in overtime in Monday night’s game against the Ottawa Senators. Thatcher Demko was once again the best player on the ice for the Canucks with 44 saves on 46 shots, improving to 6-1 with a 1.69 goals-against average and a .953 save percentage in March. Despite their recent hot streak, the Canucks are still three points behind the Montreal Canadiens for the fourth spot in the North Division with four more games played.
The Canucks have only been a betting favourite seven times in 2021. They are 4-2-1 in those games per the OddsShark NHL Database.
The Senators played well enough to win against the Canucks on Monday night, but couldn’t solve Thatcher Demko or get the job done in overtime. It was Ottawa’s second strong effort in a row on back-to-back nights; the Senators upset the Toronto Maple Leafs 4-3 on Sunday night as +210 underdogs. Since opening the season with a dismal 2-12-1 record, Ottawa has compiled a respectable 8-8-1 record against tough competition in the North Division.
Wednesday night’s total is set at six goals at betting sites. The UNDER is 4-2 in Vancouver’s last six road games against the Senators.
Vancouver has put together a strong 6-2-0 run so far in March after compiling a disastrous 2-9-2 record in February. The road to a playoff spot is still a long one, but at least the Canucks are finally winning. And they’ve been winning with Elias Pettersson out, too. His eventual return should provide a spark for the offense down the stretch if the team keeps playing its way into contention in the meantime.
Check out OddsShark on Twitter and Instagram or head to YouTube for analysis on this week’s top games. As well, the OddsShark Computer serves up daily NHL betting picks.
Odds News
Recent articles from Nation World HQ