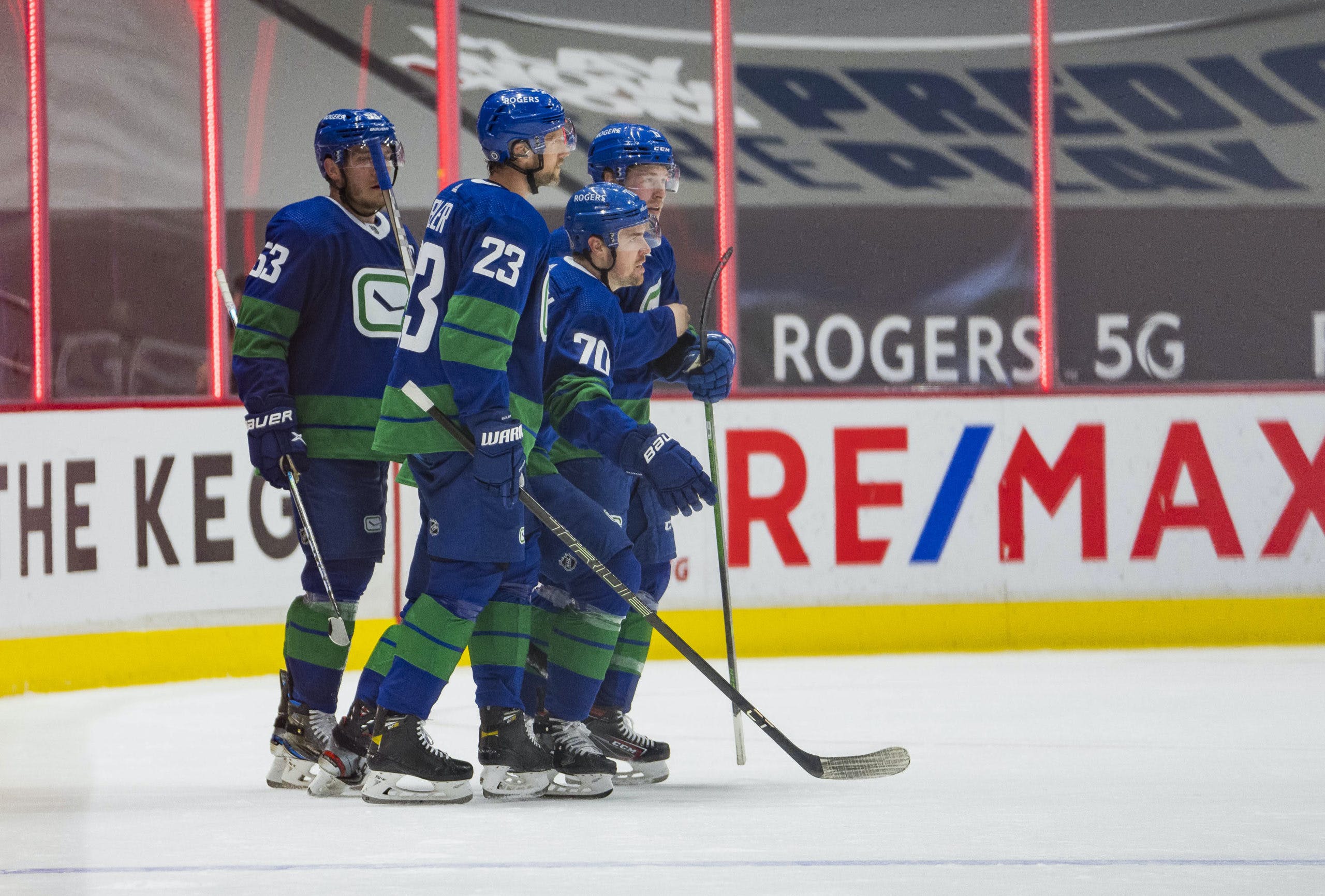 By Nation World HQ
1 year ago
by OddsShark (@OddsShark) – Sponsored Post
The Vancouver Canucks are 4-0 in their last four games against the Toronto Maple Leafs. The Canucks will try to pull off another upset over the Maple Leafs on the road on Thursday night.
Vancouver is a +250 road underdog in Toronto on the NHL odds for Thursday night at sportsbooks monitored by OddsShark.com. The Maple Leafs (-300) are 10-0 in their last 10 home games against the Canucks.
Canucks vs Maple Leafs | OddsShark Matchup Report
The Canucks were thoroughly dominated on Wednesday night getting outshot 33-22 in a 6-3 loss to the Ottawa Senators. Thatcher Demko allowed five goals on the 32 shots that he faced and is now 0-4 over his last four starts since going 8-1 over his previous nine starts. Vancouver only managed to earn two of a possible eight points in its four games against the Senators and will enter Thursday night’s action with a 19-21-3 record.
In 34 games as a betting underdog this season, the Canucks are 13-19-2 per the OddsShark NHL Database. Four of those 13 wins have come against the Maple Leafs.
Toronto was in the midst of a three-game losing streak when they faced the Canucks twice earlier this month and had their losing streak extended to five games. Since then, the Maple Leafs have won three straight games including back-to-back 4-1 wins over the Winnipeg Jets and the Montreal Canadiens. Jack Campbell has seemingly shaken out of his recent rough patch with a 1.67 goals-against average and a .948 save percentage over his last three starts.
Thursday night’s total is set at six goals at sports betting sites. The UNDER is 12-2 in the last 14 games between the Maple Leafs and the Canucks (how the OVER/UNDER works).
Vancouver has been an underdog of +260, +320, +165 and +140 in its last four games against the Maple Leafs and has managed to find a way to win all four of those games. It is worth noting though that those four wins all came at home, where the Canucks are 12-10-2 this season. They have been a lot less reliable on the road with a record of 7-11-1. The Canucks could pull off another surprise on Thursday night, but doing so on the second night of back-to-back games with travel in between won’t be easy.
Check out OddsShark on Twitter and Instagram or head to YouTube for analysis on this week’s top games. As well, the OddsShark Computer serves up daily NHL betting picks.
Odds News
Recent articles from Nation World HQ