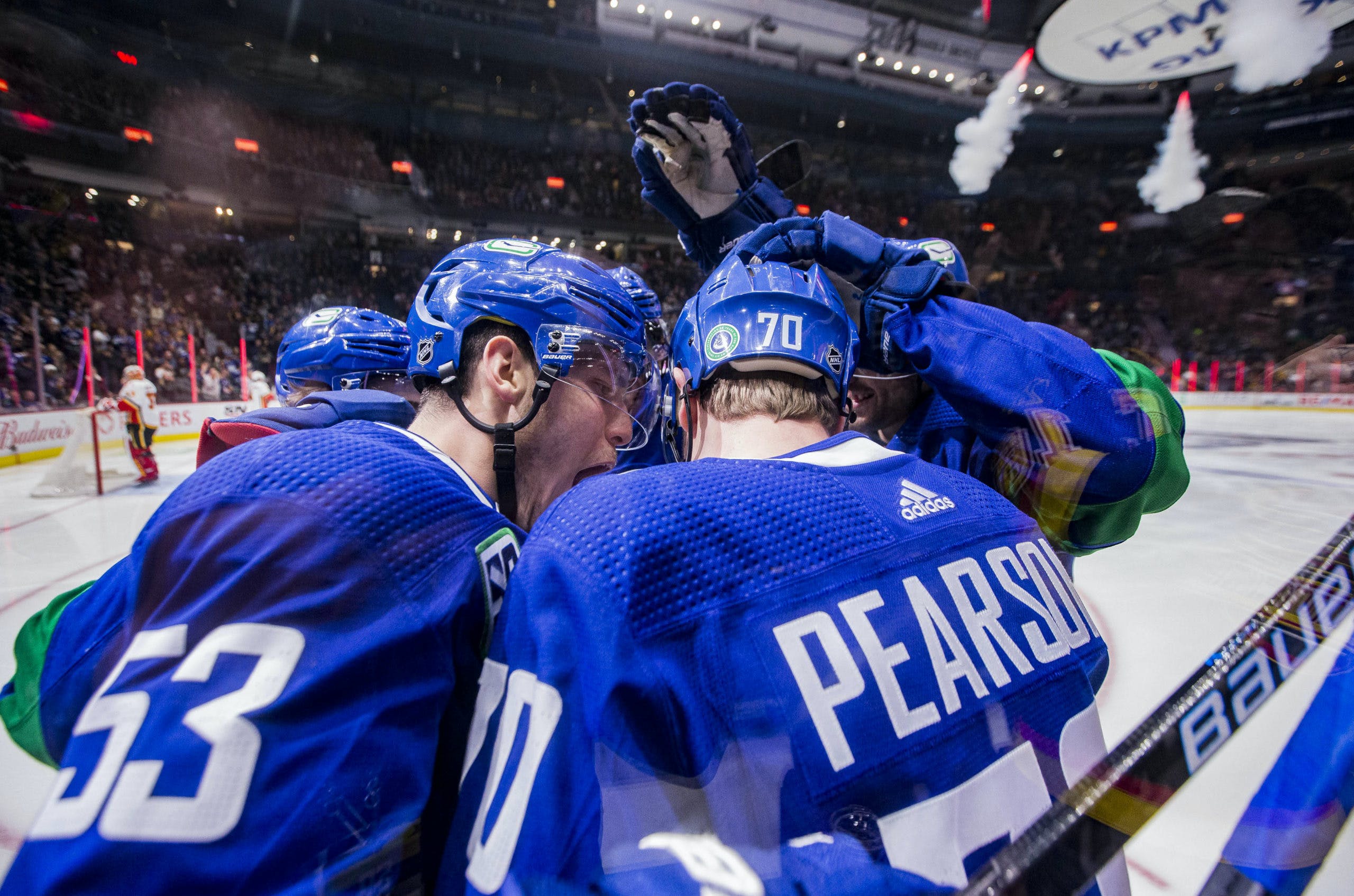 By Nation World HQ
1 year ago
by OddsShark (@OddsShark) – Sponsored Post
The Vancouver Canucks fell to 0-4 on the moneyline and on the -1.5 puckline over their last four games when they lost to the Toronto Maple Leafs 5-1 on Saturday night. The Canucks hope to avoid a fifth straight loss on Monday night when they wrap up their three-game road set against the Maple Leafs.
Vancouver is a +175 road underdog on the NHL odds in Toronto at sportsbooks monitored by OddsShark.com. Toronto is now a -210 favourite after going off at -170 against the Canucks on Saturday and at -165 on Thursday.
Canucks vs Maple Leafs | OddsShark Matchup Report
Braden Holtby fell to 3-4 on the season with a 3.83 goals-against average and a .888 save percentage after allowing five goals on 31 shots in Saturday’s loss to the Maple Leafs. Quinn Hughes leads the Canucks in scoring with one goal and 15 assists this season as Vancouver’s offense has produced 3.20 goals per game, virtually right on par with last year’s 3.25 goals per game. But the severe rise in goals against per game from 3.10 last season to 4.00 this season has doomed the Canucks to a disappointing 6-9 start.
The Canucks are now 2-7 on the road in 2021.
The Maple Leafs extended their point streak to seven straight games and are now 6-0-1 over their last seven games with back-to-back blowout wins over the Canucks. Auston Matthews and Wayne Simmonds both scored twice in the 5-1 win and Mitchell Marner chipped in with three assists in the victory. Toronto has dominated the last two games against Vancouver 5-on-5 with 10 goals scored and only two allowed. The Maple Leafs are now 9-2-1 on the season and 5-1 at home.
Monday night’s total is set at 6.5 goals at sports betting sites. The OVER is 10-5 in Vancouver’s last 15 games.
With Braden Holtby and Thatcher Demko both struggling so badly, the Canucks don’t have a clear answer on who to try in net to stop the bleeding. Vancouver will play seven of its next eight games at home after this one, which could help; but showing some signs of life in this final game against Toronto would be nice, too.
Check out OddsShark on Twitter and Instagram or head to YouTube for analysis on this week’s top games. As well, the OddsShark Computer serves up daily NHL betting picks.
Content
Odds News
Recent articles from Nation World HQ