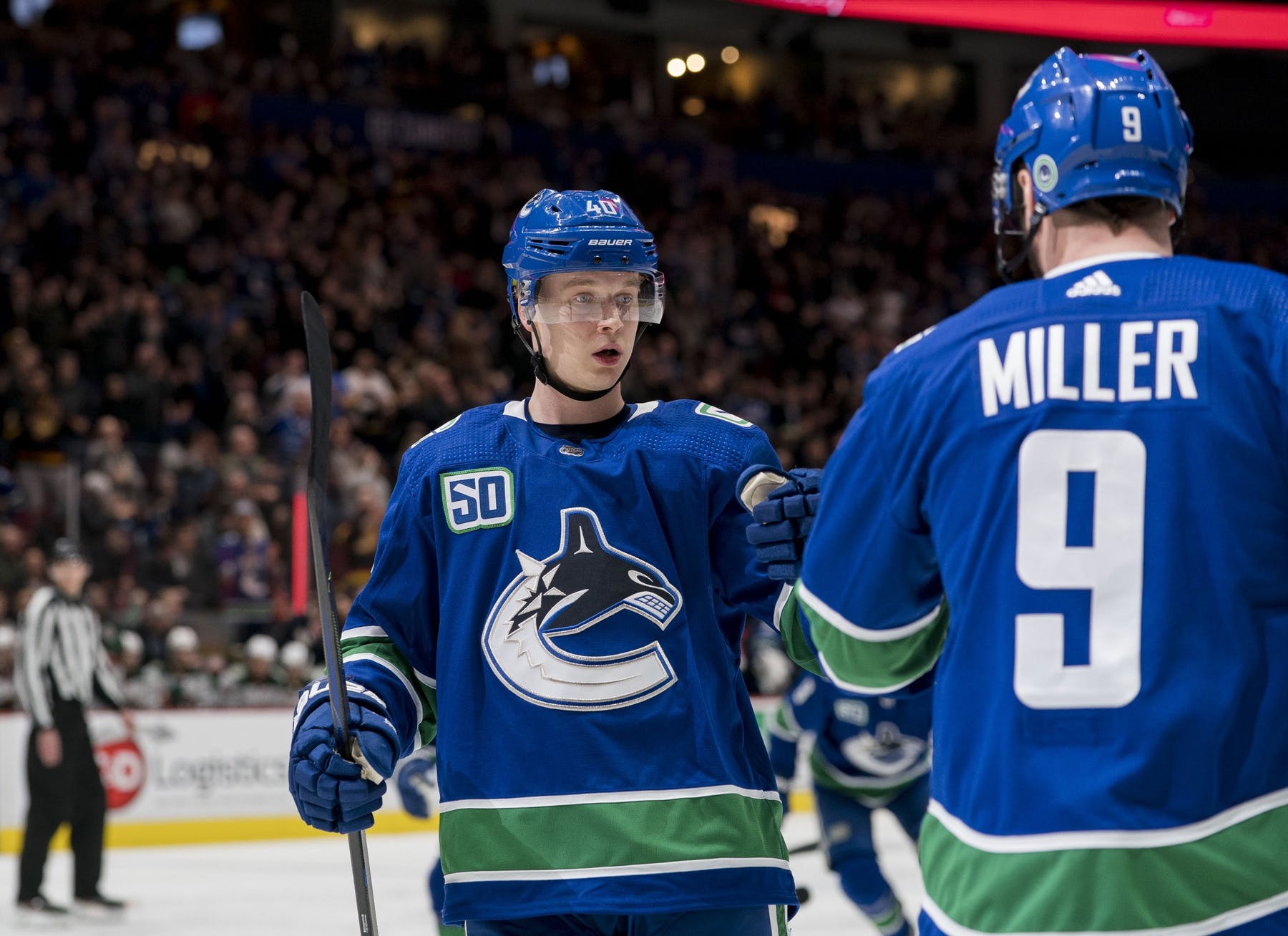 By Nation World HQ
1 year ago
by OddsShark (@OddsShark) – Sponsored Post
The Vancouver Canucks are 0-7 on the moneyline in their last seven road games against the Toronto Maple Leafs. The Canucks will have three straight road games against the Maple Leafs to try to snap that losing streak starting on Thursday night.
Vancouver is a +160 road underdog on the NHL odds in Toronto at sportsbooks monitored by OddsShark.com. Toronto (-180) has been favoured in all 10 of its games this season and is 7-2-1 over that stretch.
Canucks vs Maple Leafs | OddsShark Matchup Report
The Canucks continued to have no answer for the Montreal Canadiens offense this week suffering back-to-back losses of 6-2 and 5-3 to the Canadiens on Monday and Tuesday respectively. Vancouver must be having second thoughts about refusing to sign Jacob Markstrom to a big contract and replacing him with Braden Holtby instead. Markstrom is 4-2-1 with a 2.27 goals-against average and a .924 save percentage in Calgary while Holtby is off to a 3-3-0 start with a 3.63 GAA and an .896 save percentage in Vancouver.
In 10 games as a betting underdog this season, the Canucks are 3-7 per the OddsShark NHL Database.
The Maple Leafs had a four-game winning streak snapped last Saturday night when they lost 4-3 in overtime to the Edmonton Oilers. Toronto’s offense has been extremely consistent this season as the team has scored at least three goals in all but one of its first 10 games en route to its 7-2-1 record. Mitchell Marner leads the team in scoring with five goals and nine assists after racking up eight points in Toronto’s last five games.
Thursday night’s total is set at 6.5 goals at online sports betting sites. The UNDER is surprisingly 7-0 in the last seven games between the Maple Leafs and the Canucks.
After allowing only one goal in four straight games, it appeared as though the Canucks might have turned a corner in the defensive zone. But three of those four strong performances came against the hapless Ottawa Senators; Montreal’s 11 goals in two games once again leaves Vancouver looking for answers in its own zone. Outshooting the Maple Leafs is likely the Canucks’ most realistic path to an upset in this one.
Check out OddsShark on Twitter and Instagram or head to YouTube for analysis on this week’s top games. As well, the OddsShark Computer serves up daily NHL betting picks.
Content
Odds News
Recent articles from Nation World HQ