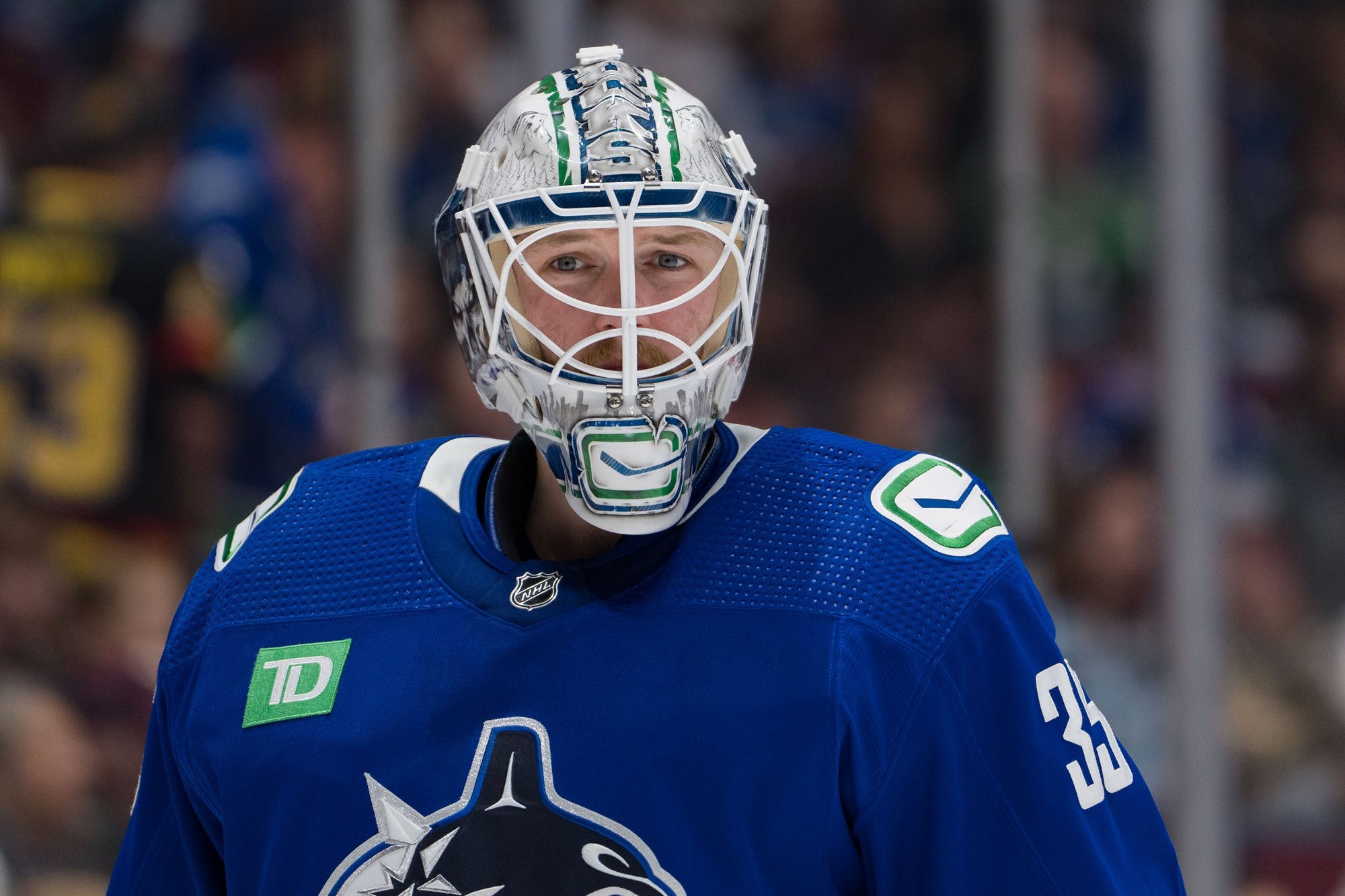 By Mike Gould
25 days ago
Vancouver Canucks goaltender (and Team USA alumnus) Thatcher Demko took to Instagram to call out the referees at the 2023 IIHF World Junior Championship for a goaltender interference call they made against the United States during the second period of Wednesday’s semifinal game against Team Canada.
The officiating crew at Scotiabank Centre in Halifax sided with the Canadian bench after they challenged for goaltender interference on Jackson Blake’s goal, which would have tied the game at three, at the 7:22 mark of the second period.
Team USA had another goal taken back in the third period and ultimately couldn’t get another one past Thomas Milic the rest of the way. Canada won by a 6–2 score to advance to the gold-medal game against Team Czechia.
Demko, who’s been on both ends of more than his fair share of goaltender interference calls over the years, didn’t hide his displeasure with the call on his Instagram story.
The 27-year-old from San Diego kept his message brief: “Worst call I’ve seen in a long time.” 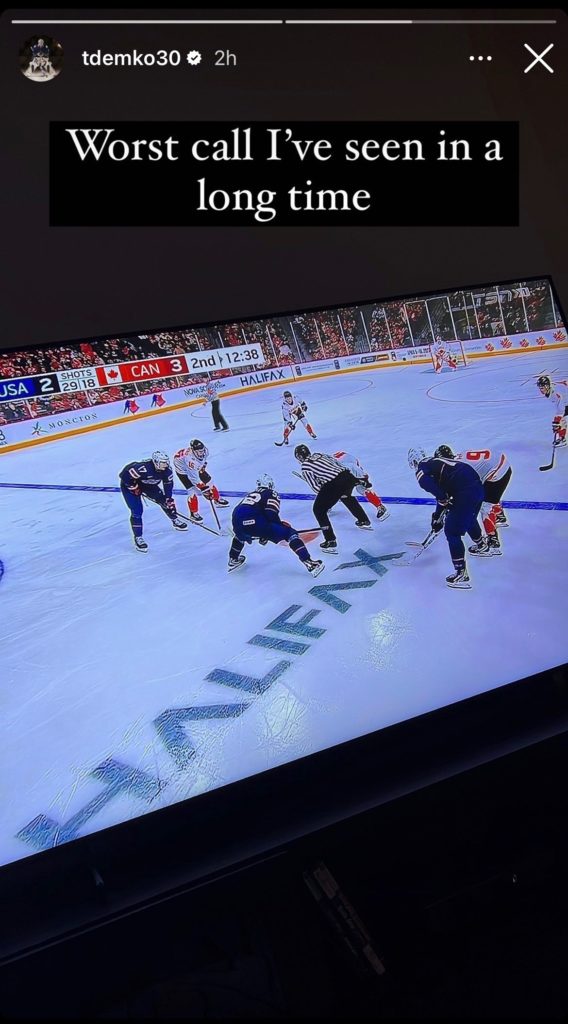 Canada and Czechia are now set to go head-to-head in the battle for the gold medal at Scotiabank Centre at 3:30 p.m. PT on Thursday. Four hours earlier, it’ll be the United States taking on Sweden for bronze.
Now in his sixth season with the Canucks, Demko has a 3–10–2 record and an .883 save percentage in 15 NHL appearances this year. He previously suited up for four games with Team USA at the 2015 IIHF World Junior Championship, allowing just seven goals and posting a .938 save percentage.
News
Recent articles from Mike Gould