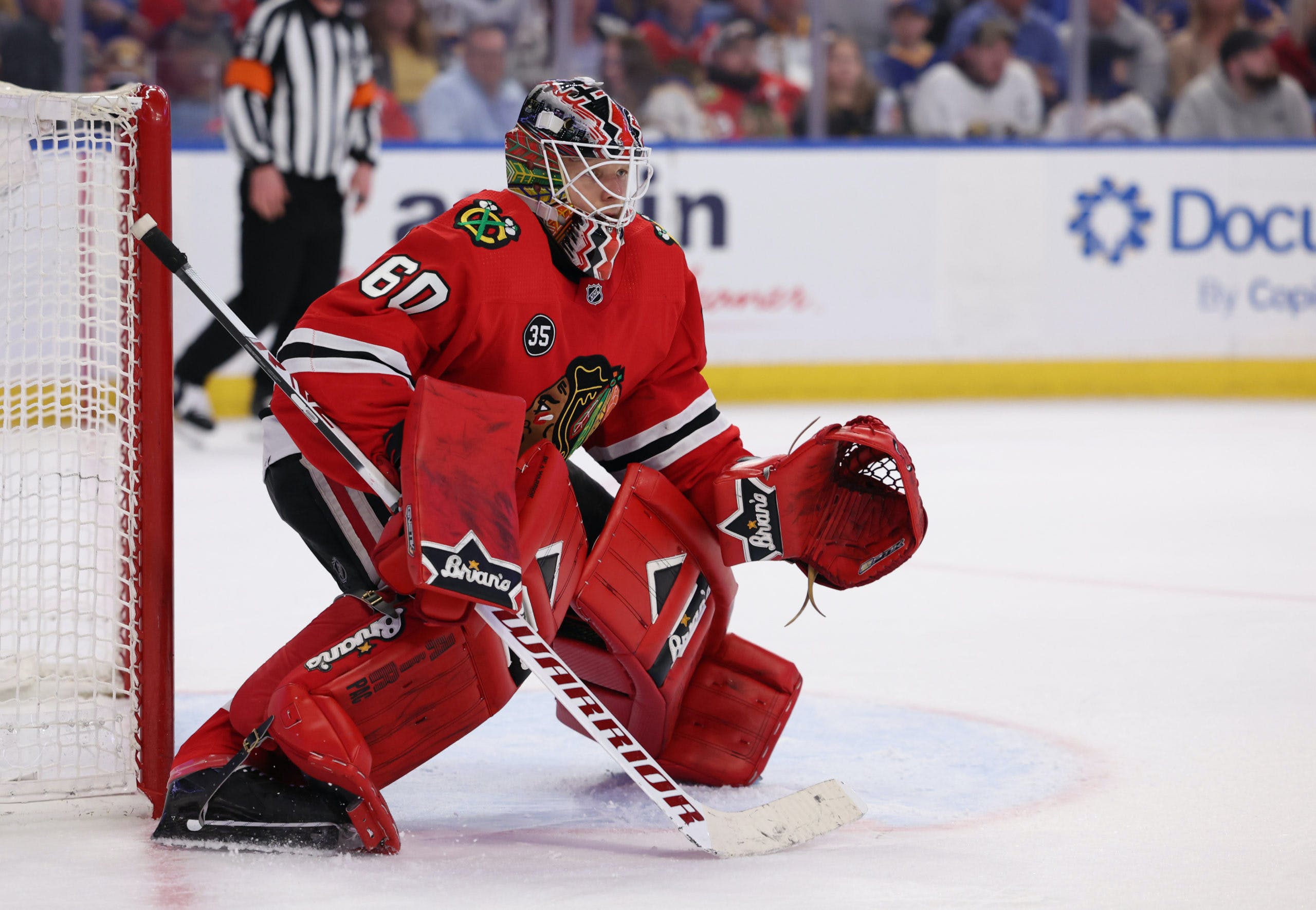 By Lachlan Irvine
6 months ago
The Vancouver Canucks have shored up their goaltending depth by signing former Chicago Blackhawks netminder Collin Delia to a one-way, one-year deal worth $750,000.
The 28-year-old native of Rancho Cucamonga, California, has been part of the Blackhawks organization since signing as a college free agent in 2017. Delia has spent the majority of his five pro seasons bouncing between Chicago and their AHL affiliates, the Rockford IceHogs, playing under new Abbotsford Canucks head coach Jeremy Colliton in both stops at various points.
Last season Delia played in 22 contests for the IceHogs, posting an 11-9-3 record and a .905 save percentage. He also suited up in eight games for the Blackhawks, including six at the tail end of the season, finishing with a 1-4-1 record and a .899 save percentage.
With the Canucks’ main goaltending tandem already solidified with Thatcher Demko and Spencer Martin, Delia is headed straight for Colliton’s new bench in Abbotsford. The Baby Nucks will have to deal with a new goalie logjam that includes the veteran Delia and prospects Arturs Silovs and Michael DiPietro.
Recent rumours have mentioned the Canucks interest in finding a new home for DiPietro, and adding Delia likely cements that intention.
More from CanucksArmy:
Uncategorized
Recent articles from Lachlan Irvine