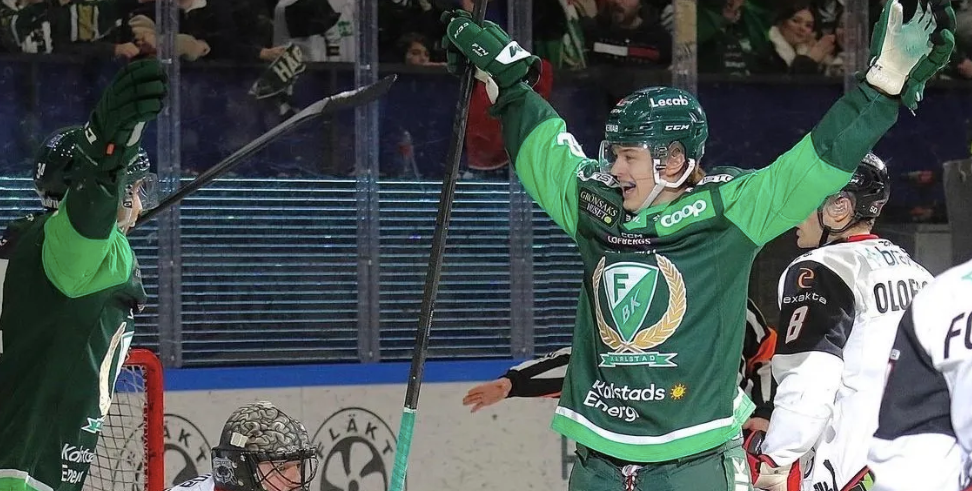 By David Quadrelli
4 months ago
There could be more than a couple of Vancouver Canucks prospects at the 2023 World Juniors.
Not to be confused with the postponed 2022 World Juniors, which will take place August 9-20 in Edmonton, Alberta, the 2023 World Juniors will be held in Halifax and Moncton this winter, as regularly scheduled.
Jonathan Lekkerimäki, who the Canucks selected with the 15th overall pick is already a lock to make both the 2022 and 2023 Team Sweden roster.
But for Elias Pettersson — AKA RePetey — Lucas Forsell, and Jonathan Myrenberg, the upcoming camp serves as an opportunity to showcase their skills and get the call to represent their country this winter.
The three Canucks prospects have been invited to Sweden’s World Junior evaluation camp.
All three prospects attended the Canucks’ recent development camp, and here’s what we had to say about each player in our “Some thoughts and analysis about all 36 players that attended dev camp” article.
Jonathan Myrenberg

If we had to pick who the best defenceman of this camp was, we’d go with Jonathan Myrenberg. He stood out on day one with the added size that he has put on in the past year, shined with the power behind his shot, and wowed us in the scrimmage with his ability to anticipate plays in the neutral zone.
As a 6’2″, right-shot defenceman who can move, he is very much in our crosshairs as we fast approach overseason prospect viewings.
We loved the way that he was so aware of everyone on the ice during the scrimmage. He has active eyes and is constantly scanning and preparing for what to do when he gets the puck.

We loved almost everything that we saw from Elias Pettersson on day one of camp. He was physical, skated well, and even showed a nice release on his wrist shot.
His performance on day one of camp was enough for us to get excited about what he could do. He’s big, defensively responsible, and was one of our favourites from the first day of camp. We will see how his 2022-23 season goes — he will be with Örebro in the SHL or J20. He dressed for 17 SHL games last season and it would be pretty impressive if he landed a full-time job this fall as an 18-year-old.
We’re keeping an eye on him for sure.

The young kid moves extremely well on the ice and his passing ability was showcased at development camp. Forsell does everything at a high pace and is able to have the hands to match his feet. He will need to improve on the strength behind his shot and that could come once he begins to fill out a bit more.
Forsell is only 18 years old and will need to focus on getting bigger and stronger in the coming years. He is going to be in the SHL next season with hopes of winning a spot in Färjestad’s top three lines.