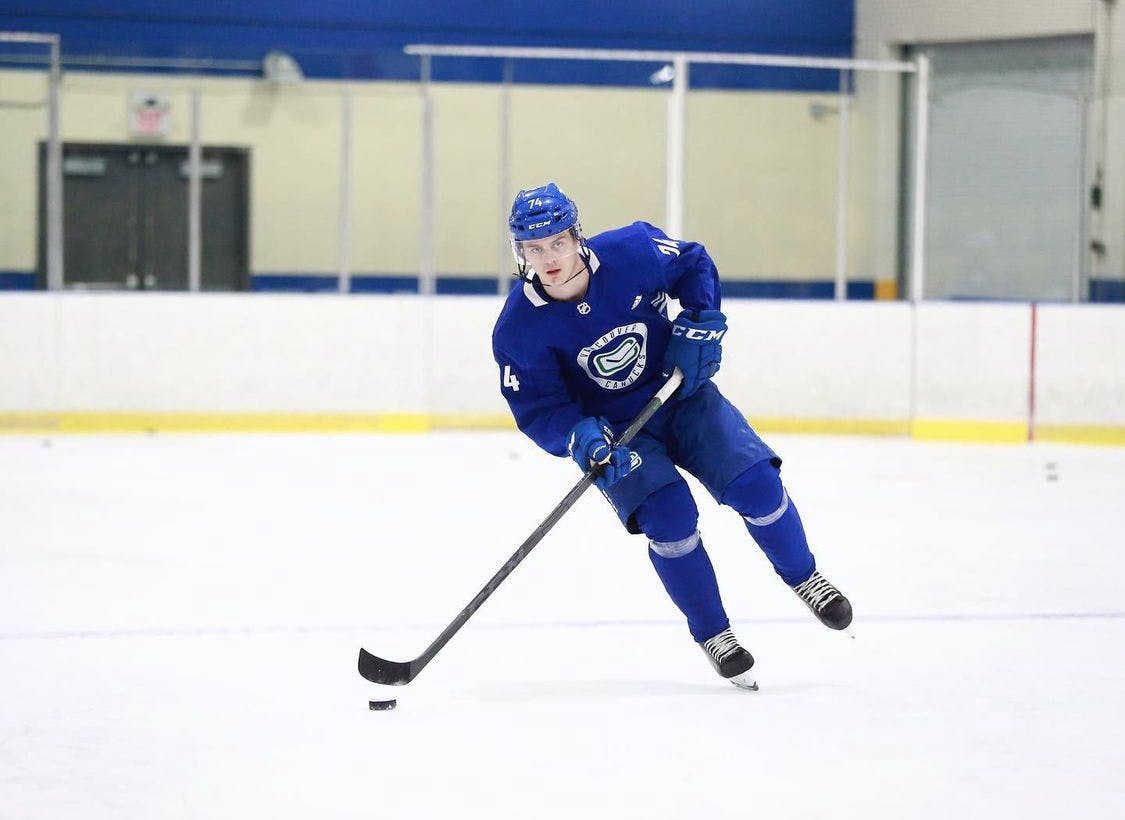 By Faber
3 months ago
The four nations tournament is a great showcase for European U20 players who have a shot at cracking their nation’s roster for the World Junior Championship.
Normally, we aren’t talking about this tournament right after a WJC but because of the rescheduling of the 2022 World Juniors, this year’s four nations tournament is right on the heels of the conclusion of the WJC in Edmonton.
The Canucks will see two of their 18-year-old Swedish prospects participate in the tournament that begins on August 25th.
Left-shot defenceman Elias Pettersson — Editor’s note: It’s RePetey — is taking some time away from Örebro while Lucas Forsell steps away from Färjestad for a chance to represent their country at this tournament.
Pettersson and Forsell have both been playing regular minutes for their SHL teams in the preseason and hope to be contributors once the SHL season begins.
The rosters don’t feature the “A” team that we should expect to see in December at the WJC but there will surely be names on this four nations tournament roster that will be suiting up for Sweden at the 2023 World Juniors. 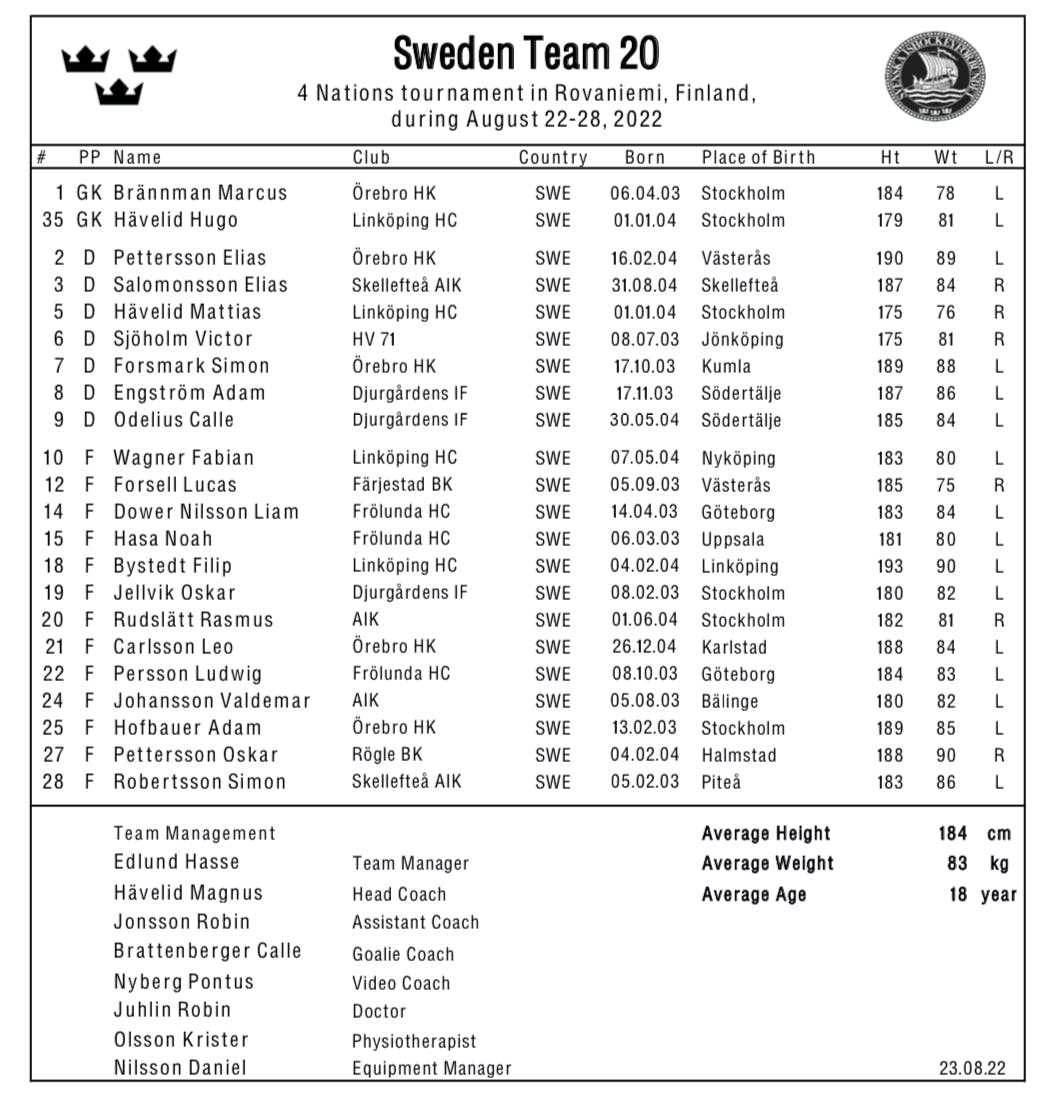 Roster from swehockey.se
Notable Canucks prospects who are not on this roster include 2022 first round pick Jonathan Lekkerimäki, who just wrapped up at the World Juniors and likely needs a bit of a break in the summer.
The most interesting absence from the roster is right-shot defenceman Jonathan Myrenberg — who’s final chance of playing at the WJC is this coming December.
The 19-year-old is loaned to Mora in the Allsvenskan and is impressing us with his strong play during exhibition games.
Though it is a bit of a pipe dream, the stylistic fit between a Pettersson and Myrenberg pairing makes a lot of sense for U20 play. Both are big bodies who skate well and can get good shots off from the point.
We will closely follow how the Canucks’ prospects perform at this tournament as well as keep an eye on all the other prospects who are in action during their preseason play. Be sure to check out the Blackfish Report every Tuesday for all the latest news and notes from Canucks prospects.
The four nations tournament begins on August 25th in Finland. It’s a four team tournament, as you could have guessed. This year’s tournament consists of Sweden, Finland, Slovakia, and Czechia.
Here’s Sweden’s schedule for the tournament:
August 25th vs Czechia
August 26th vs Slovakia
August 27th vs Finland
There are no playoff rounds in the four nations, whichever team has the best record will be crowned champion of the short, three-day tournament.