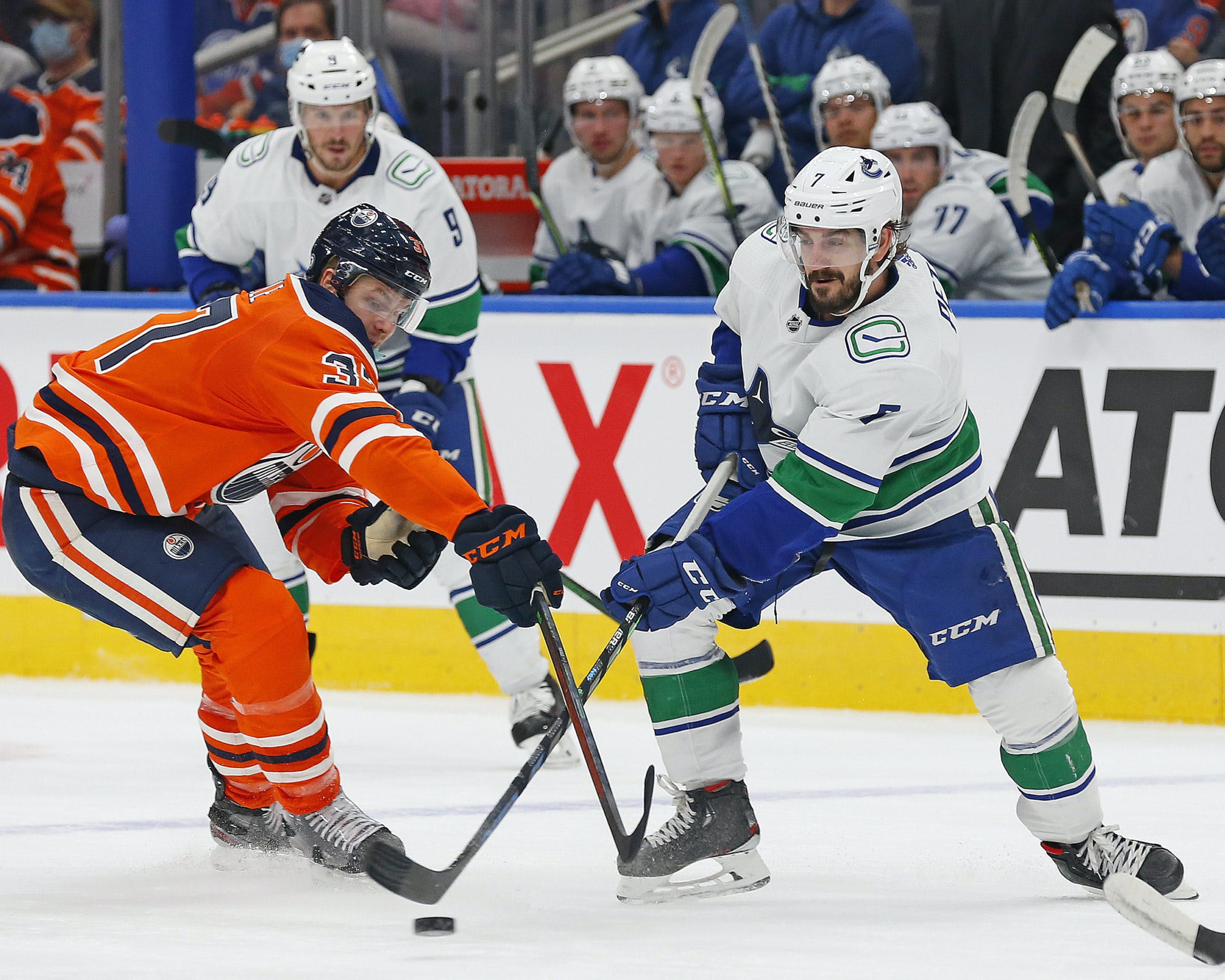 By David Quadrelli
8 months ago
Folks, we’ve got news. Small news, but news nonetheless.
According to Rick Dhaliwal of Donnie and Dhali – The Team, Nic Petan is in talks with KHL club Omsk Avangard, but no deal is done yet.
Petan signed a one-year deal with the Canucks last offseason, scoring 12 goals and 32 assists through 37 games with Abbotsford, and registering two assists through 18 games with the big club.
The 27-year-old Delta, BC native has spent his entire hockey career in North America up to this point.
Toni Utunen, who the Canucks selected in the fifth round in 2018, is not expected to be signed by the club, according to Utunen’s agent.
At 5’10, Utunen is a bit of an undersized defence-first defenceman, and it’s not really a surprise that the Canucks don’t have interest in bringing him to North America.
The 22-year-old Utunen put up 11 points through 59 games last season in the top Finnish league, Liiga.
Today is the deadline for the Canucks to sign Utunen before they lose his rights.
More from CanucksArmy:
Quick Hits
Uncategorized
Recent articles from David Quadrelli