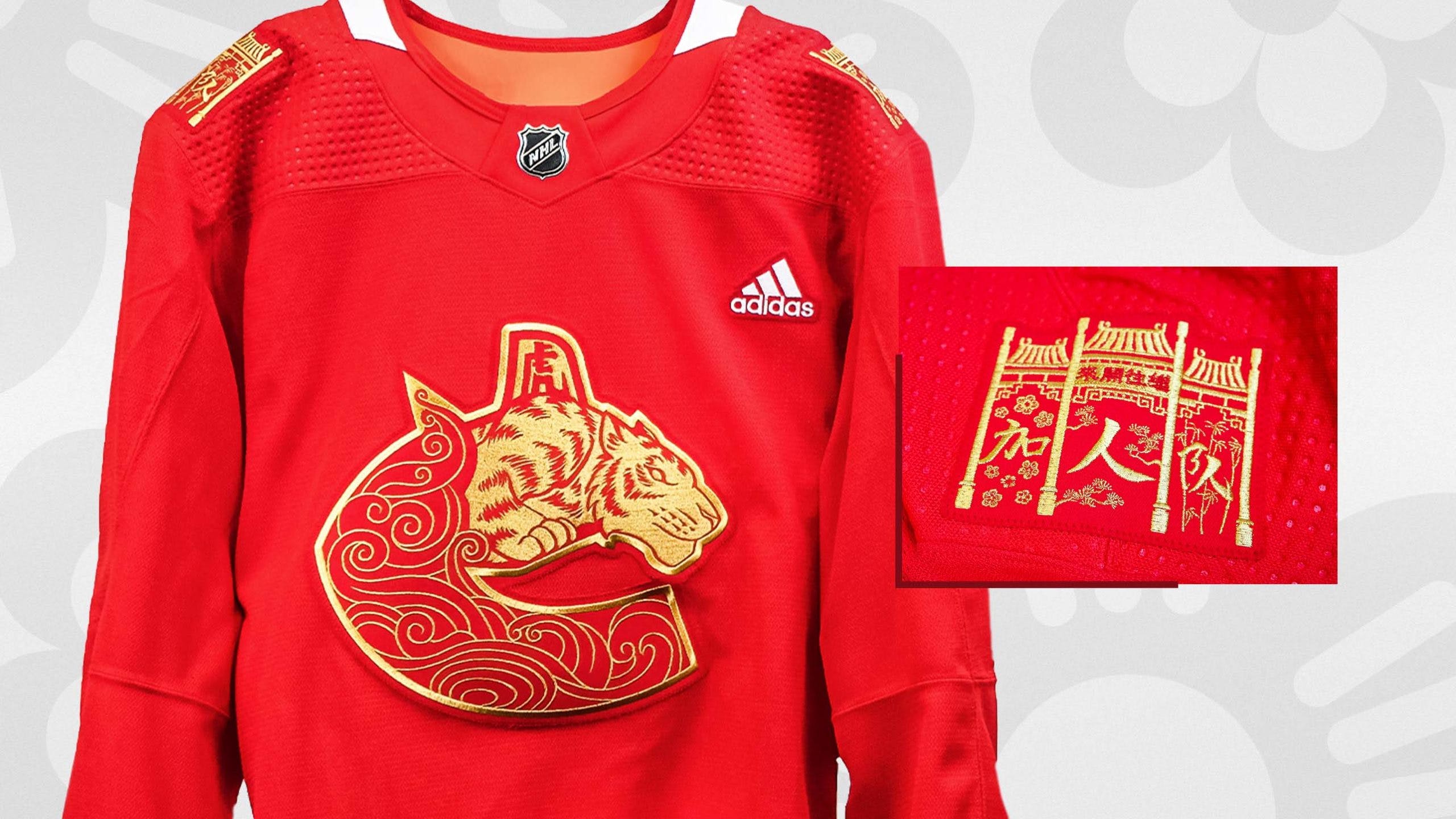 By Mike Gould
10 months ago
The Vancouver Canucks revealed their 2022 Lunar New Year jersey on Wednesday through a video on Twitter.
Artist Trevor Lai collaborated with the Canucks to design the jersey, which will be worn during the team’s Lunar New Year celebration later this season.
According to the Chinese zodiac, 2022 will be the Year of the Tiger. As such, Lai designed a modified version of the Canucks crest for the jersey depicting the usual orca transforming into a tiger.
“It’s inspiring to imagine an orca transforming into a tiger, symbolizing that we can become anything we want to be, including a better neighbour and ally for each other,” said Lai.
In addition to the stylized crest, Lai added a stylized version of the Millennium Gate in Vancouver’s Chinatown as a patch for the shoulders.
“My vision for the shoulder patch came to me as I thought of the Millennium Gate in Vancouver’s Chinatown,” said Lai. “The Canucks’ Chinese name is 加人队 (jia ren dui) & I imagined the characters fitting into the gateway perfectly.”
@Elias Pettersson is the only current Canucks roster player born in a previous Year of the Tiger (1998).
Uncategorized
Recent articles from Mike Gould