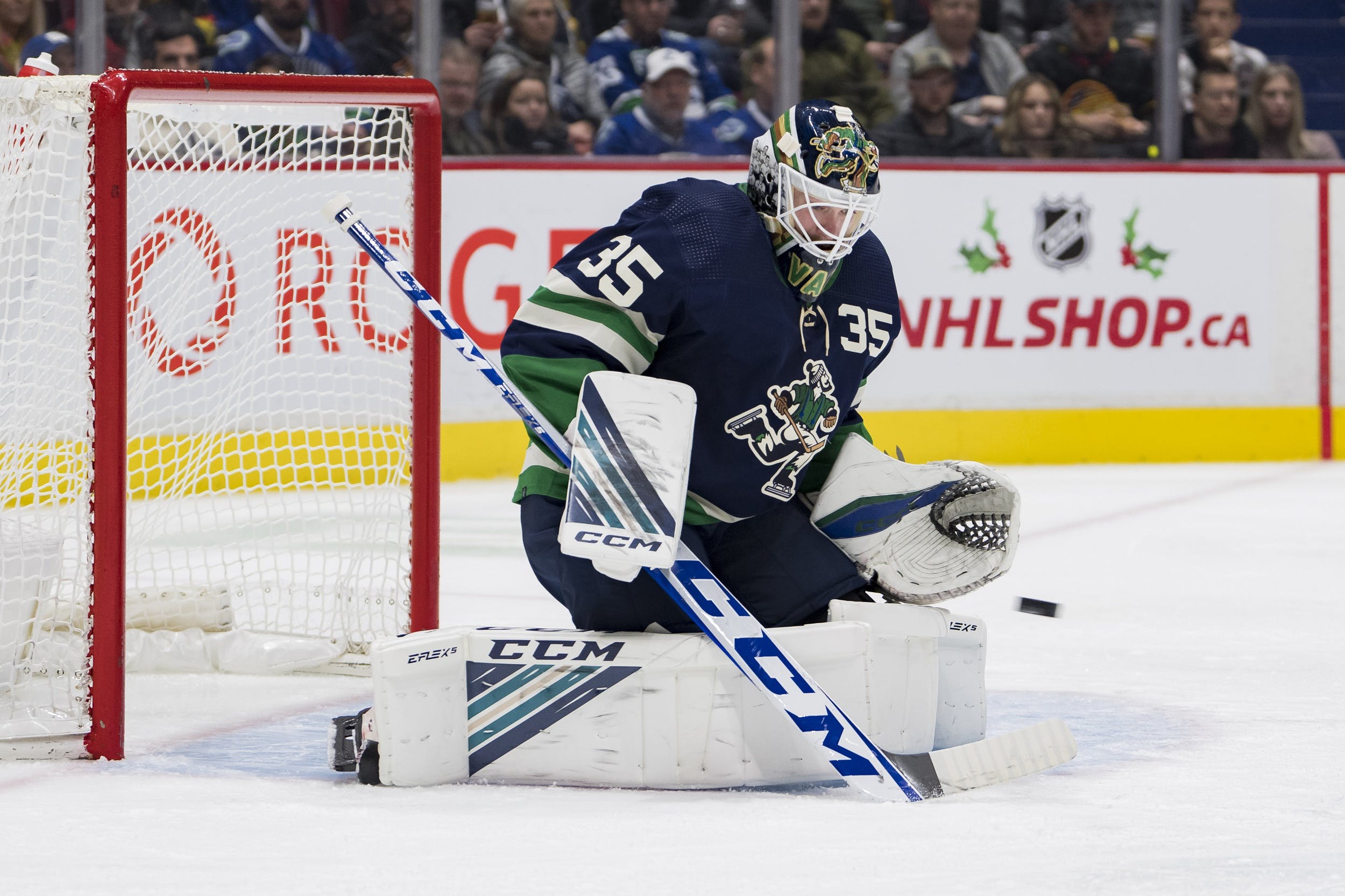 By Mike Gould
1 month ago
Vancouver Canucks head coach Bruce Boudreau said Tuesday he’s hoping forward Tanner Pearson and goaltender Thatcher Demko can rejoin the team on its upcoming road trip.
The two veteran players remain on the IR but are both nearing the end of long injury-related absences. Pearson, 30, hasn’t played since November 9 while rehabbing an injured hand; Demko, 27, has been out since December 1 with a lower-body injury.
With the Canucks slated to head out on the road for five games between January 8 and 15, Boudreau provided a couple of status updates for both Demko and Pearson after Tuesday’s skate. The Canucks are set to host the New York Islanders and Colorado Avalanche this week before embarking upon their extended road swing.
“[Demko] skated this morning,” Boudreau told reporters on Tuesday. “That was really good. I mean, just no equipment or nothing, but he skated this morning and he felt pretty good. He’s hoping to at least put the equipment on, hoping before the week is out.
“Pearson, again, same thing,” Boudreau continued. “Skated with pucks, shooting pucks today so he’s getting closer. We’re hoping that he can make — that both can make — the road trip with us.”
Demko had a rough start to the 2022–23 season with the Canucks, exacerbated by the team’s greater struggles. Through his first 15 games of the year, he posted a 3–10–2 record with a 3.93 goals-against average and an .883 save percentage. He’s signed at a $5 million NHL cap hit through the 2025–26 season.
Pearson is in the midst of his fifth season with the Canucks and recorded one goal and five points in 14 games with the team prior to his injury. He’s under contract through the end of next season at a $3.25 million cap hit.
The Canucks are getting set to host the Islanders at Rogers Arena on Tuesday at 7:00 p.m. PT. You’ll be able to watch the game on Sportsnet Pacific.
News
Recent articles from Mike Gould