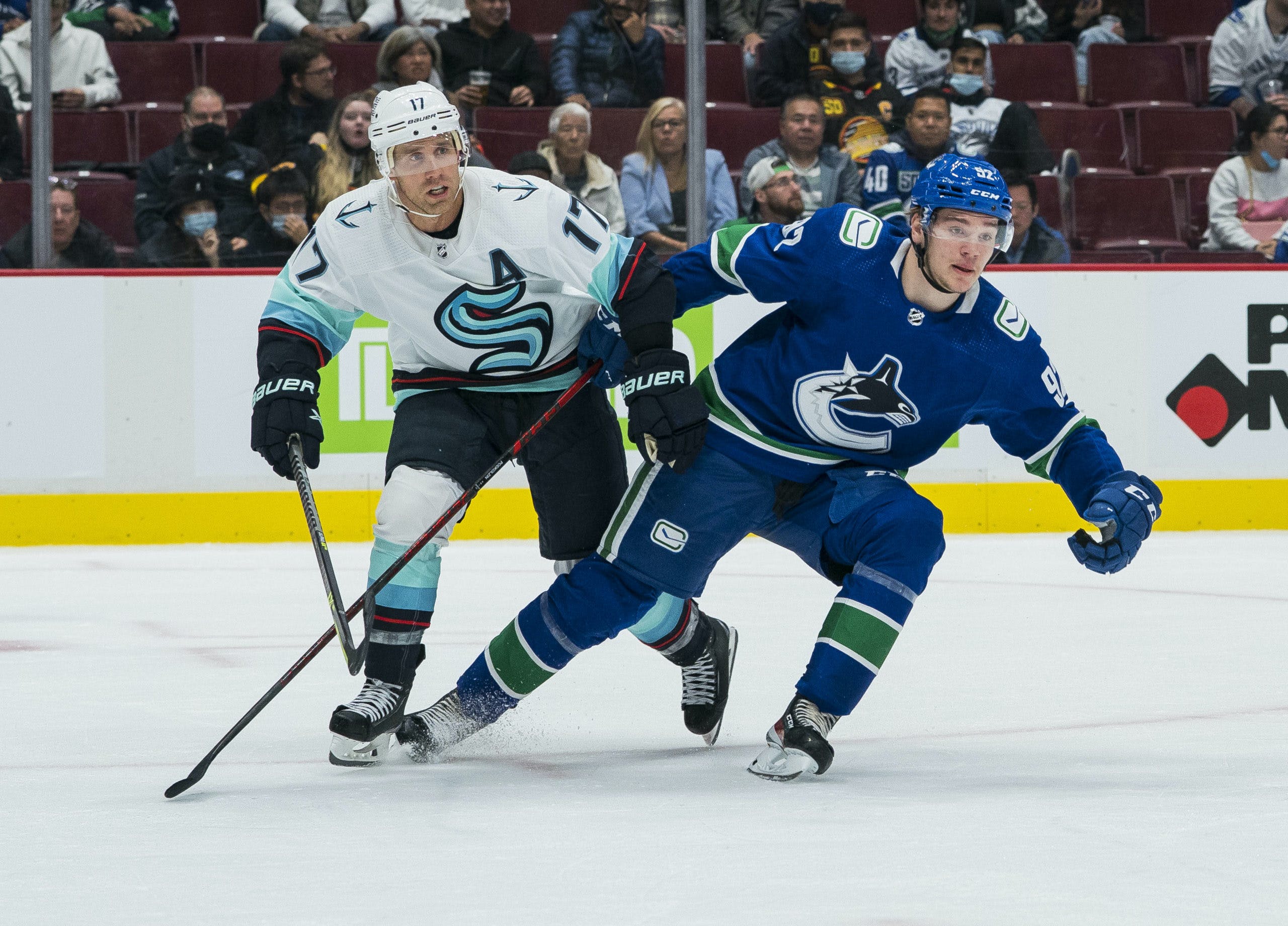 By David Quadrelli
1 year ago
The Vancouver Canucks decided not to hold a morning skate in Detroit today, which means no “scenes from morning skate” article as we usually have on game days.
Instead, let’s dive into a subject that quietly dominated the discourse last night and this morning as well.
Yesterday, Canucks rookie and 10th overall pick of the 2019 NHL Entry Draft Vasily Podkolzin scored his first career NHL goal.
It was a snipe that was so good that Elias Pettersson said he was reminded of his own first career goal when he saw it go in:
“I was just so happy for him,” said Pettersson. “He’s been working so hard. He’s an awesome guy to have on the team.”
But then Podkolzin found himself stapled to the bench for the third period. The only time his skates touched the ice during the final 20 minutes of play was during the TV timeouts.
It was a decision that largely dominated the conversations among Canucks fans on Twitter and online comment sections.
Head coach Travis Green was asked about Podkolzin’s lack of ice time post game and had this to offer up as an explanation.
“I’m kind of playing around with it,” said Green. “I started playing him with our first line with Petey and Millsy, I wanted to get him into the game. Our team was underwater for a little bit. I’m not saying it was his fault, I just switched the lines to get going a bit. In the second he gets a nice goal, and then in the third, it just so happened that the way the rotations on the lines were — we’re not at home first of all, I had a matchup in mind but couldn’t get it — and a lot of times when I have a young guy that hasn’t been on the ice in seven, eight, or nine minutes to start a period, I may be protecting him a little bit and not wanting him to go out in a spot where things might not go well.”
“I’ve been there. I’ve sat on the bench for ten minutes and the coach taps on you to go out, sometimes it’s not fair to you either. That’s just the way the game went tonight, but I’m happy for him.”
Podkolzin logged 7:03 of total ice time, and again, didn’t log a second of ice time in the third period.
It will be interesting to see how Green deploys Podkolzin and the rest of his lineup tonight as the Canucks get set from their first back-to-back of the season.
As mentioned, there was no morning skate this morning so it’s unclear what the lines will be for this afternoon’s tilt. That being said, it’s safe to assume Jaroslav Halak will get his first start of the season.
Uncategorized
Recent articles from David Quadrelli