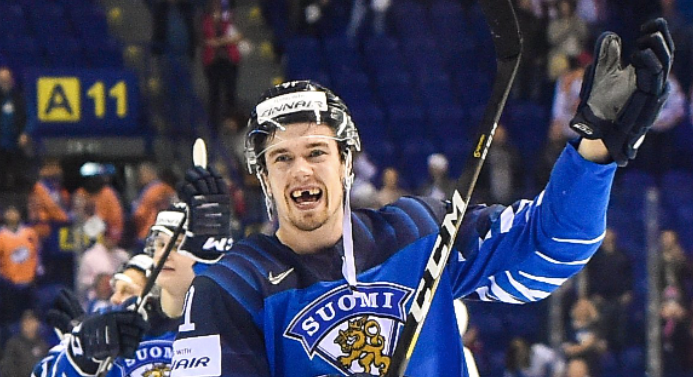 By David Quadrelli
6 months ago
Vancouver Canucks forward Juho Lammikko will be joining Team Finland for the World Championships, the Canucks announced Thursday morning.
The Canucks acquired Lammikko — along with Abbotsford defenceman Noah Juulsen — days before the regular season began after sending Olli Juolevi back the other way as they scrambled to try to replace Brandon Sutter in the fourth line centre role.
Lammikko did a fine job, and really caught fire when he was put on a line alongside Tyler Motte and Matthew Highmore.
Once Motte was traded to the New York Rangers at the Trade Deadline, however, Lammikko struggled. Lammikko is an arbitration-eligible RFA, and as a result, will need to negotiate a new contract with the Canucks this offseason if he’s to return.
Lammikko joins Oliver Ekman-Larsson, prospect Linus Karlsson (Sweden), and Arturs Silovs (Latvia) as the only Canucks players at the tournament this season. Sweden and Finland are in the same group, and will face off on May 18th. Latvia is set to play Finland on May 24th, although it’s unlikely we’ll see much of Silovs at this tournament as Blue Jackets starter Elvis Merzlikins is the clear starting netminder for Latvia.
The action begins on Friday, May 13th, with the championship game taking place on May 29th.
More from CanucksArmy:
Uncategorized
Recent articles from David Quadrelli