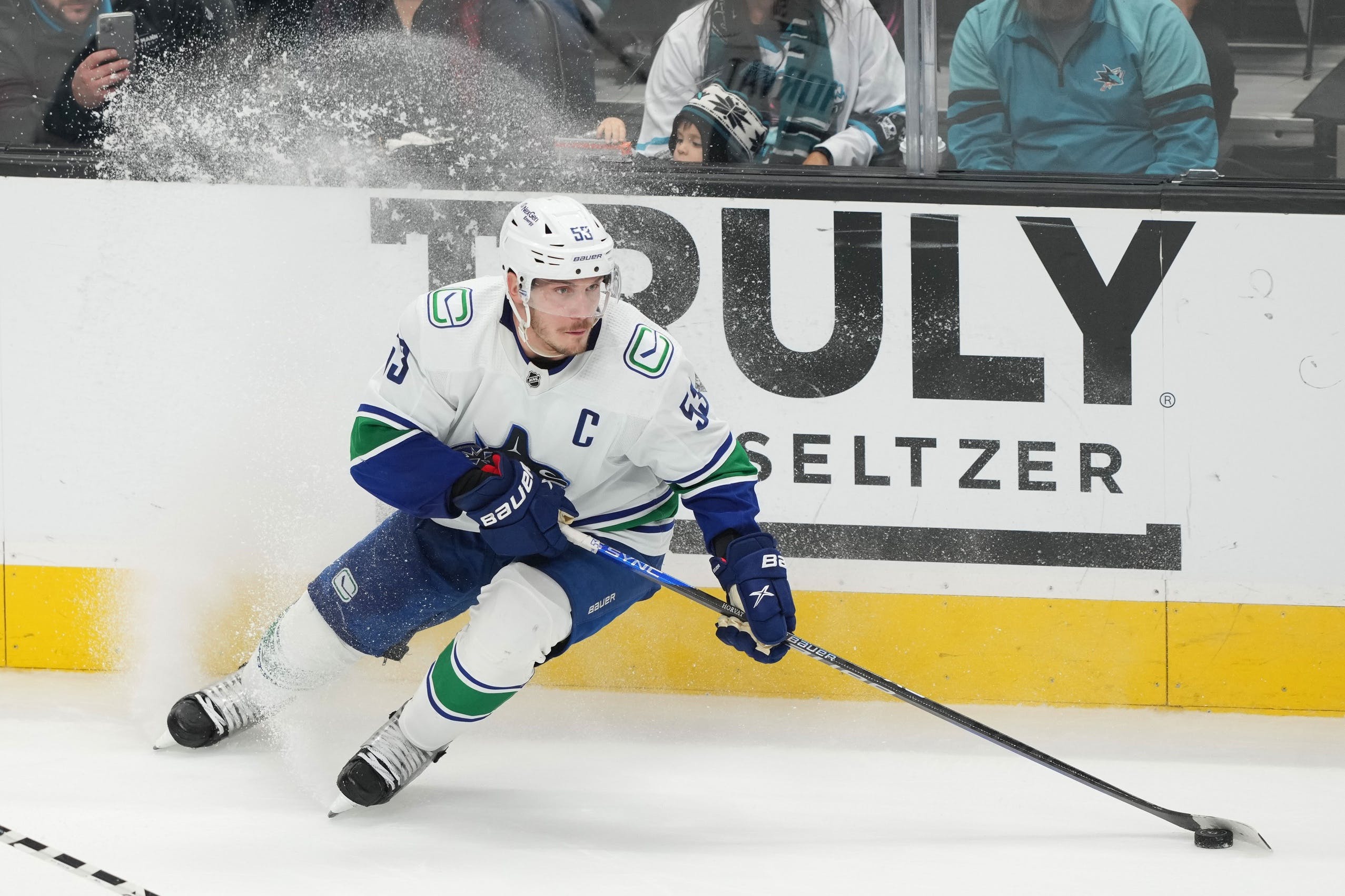 By Mike Gould
1 month ago
Vancouver Canucks captain Bo Horvat is doing a solid for a young fan whose special souvenir went missing after an airline mishap.
Along with his family, Linden Erwin attended the Canucks’ road game against the Edmonton Oilers at Rogers Place on December 23, during which he attempted to get Horvat to sign a hockey card for him. Horvat took it a step further and signed a stick for the young Abbotsford resident to take back home.
But when the Erwins arrived back at the airport in Vancouver, the stick wasn’t there. Although they’d checked it in at the counter with Flair Airlines in Edmonton, it didn’t show up for them at the luggage carousel.
Frustrated, Linden’s mom, Janelle, took to social media on Boxing Day with a plea to the Canucks for help. It seems the captain received her message loud and clear.
“I heard you guys lost your stick flying the other day,” Horvat said in a video message shared to Twitter by the Canucks on Thursday. “I’m gonna make sure you guys get another one on the way as long as you keep cheering for the Canucks. We’ll see you guys soon.”
Flair Airlines issued a statement to CTV News saying they were looking into the situation with the lost stick.
“Flair Airlines’ team has been made aware of the missing stick and is hard at work to track it down,” the company stated. “We know how much an NHL stick means to our passenger. We are confident it will be found … When it does, we’ll get it to him.”
The Canucks defeated the Oilers by a 5–2 score at that game on December 23 before prevailing 6–2 over the San Jose Sharks four days later. They’ll return to action in Winnipeg on Thursday when they take on the Jets at 5:00 p.m. PT.
News
Recent articles from Mike Gould