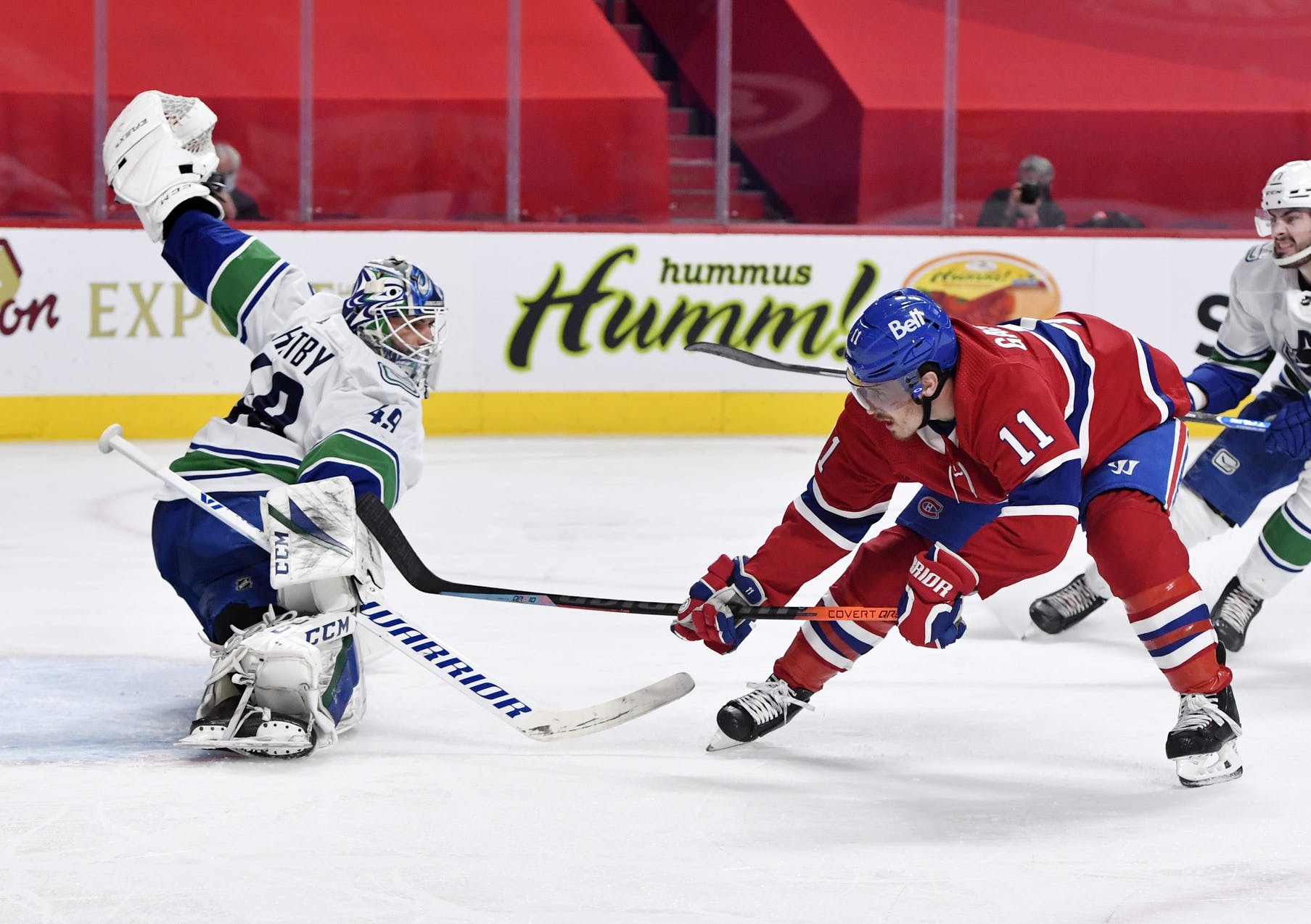 By Nation World HQ
1 year ago
by OddsShark (@OddsShark) – Sponsored Post
The Vancouver Canucks are 2-12 in their last 14 games against the Montreal Canadiens. The Canucks will try to carry the momentum of back-to-back wins into a strong showing against the Canadiens on Monday night at home.
Vancouver is a +130 home underdog on the NHL odds at sportsbooks monitored by OddsShark.com. Montreal (-155) is 6-1-5 on the road this season.
Canadiens vs Canucks | OddsShark Matchup Report
Thatcher Demko had another gem of a performance on Saturday night recording 37 saves on 39 shots to help lead Vancouver to a second straight upset over the Toronto Maple Leafs. Brock Boeser and J.T. Miller each had a goal and two assists and Bo Horvat also added a goal and an assist in the Canucks’ 4-2 victory. The Canucks’ offense has managed to get the job done with seven goals over the team’s last two games despite Elias Pettersson being out with an upper-body injury. Vancouver is now 3-1-0 over its last four games since going 2-9-2 over its previous 13 games.
With their two wins over the Maple Leafs in Vancouver, the Canucks now have a record of 7-6-2 at home.
Montreal put together one of its most dominant performances of the season in a 7-1 win over the Winnipeg Jets on Saturday night. Since improving to 7-1-2 on the season with a pair of regulation wins over the Canucks, the Canadiens have gone just 4-5-4 over their last 13 games. Carey Price hasn’t been his usual self in 2021 with a 2.83 goals-against average and a career-low .898 save percentage through 14 starts this season. Jake Allen has a 2.31 goals-against average and a .921 save percentage in nine 2021 starts.
Monday night’s total is set at six goals at betting sites. The OVER is 6-0 in the last six games between the Canucks and the Canadiens.
The Canucks enter Monday’s action only four points behind the Canadiens in the standings but with five more games played. Montreal has torched Vancouver for 5.6 goals per game this season; the Canucks are hoping that a red-hot Thatcher Demko can help buck this trend over the next two games.
Check out OddsShark on Twitter and Instagram or head to YouTube for analysis on this week’s top games. As well, the OddsShark Computer serves up daily NHL betting picks.
Odds News
Recent articles from Nation World HQ