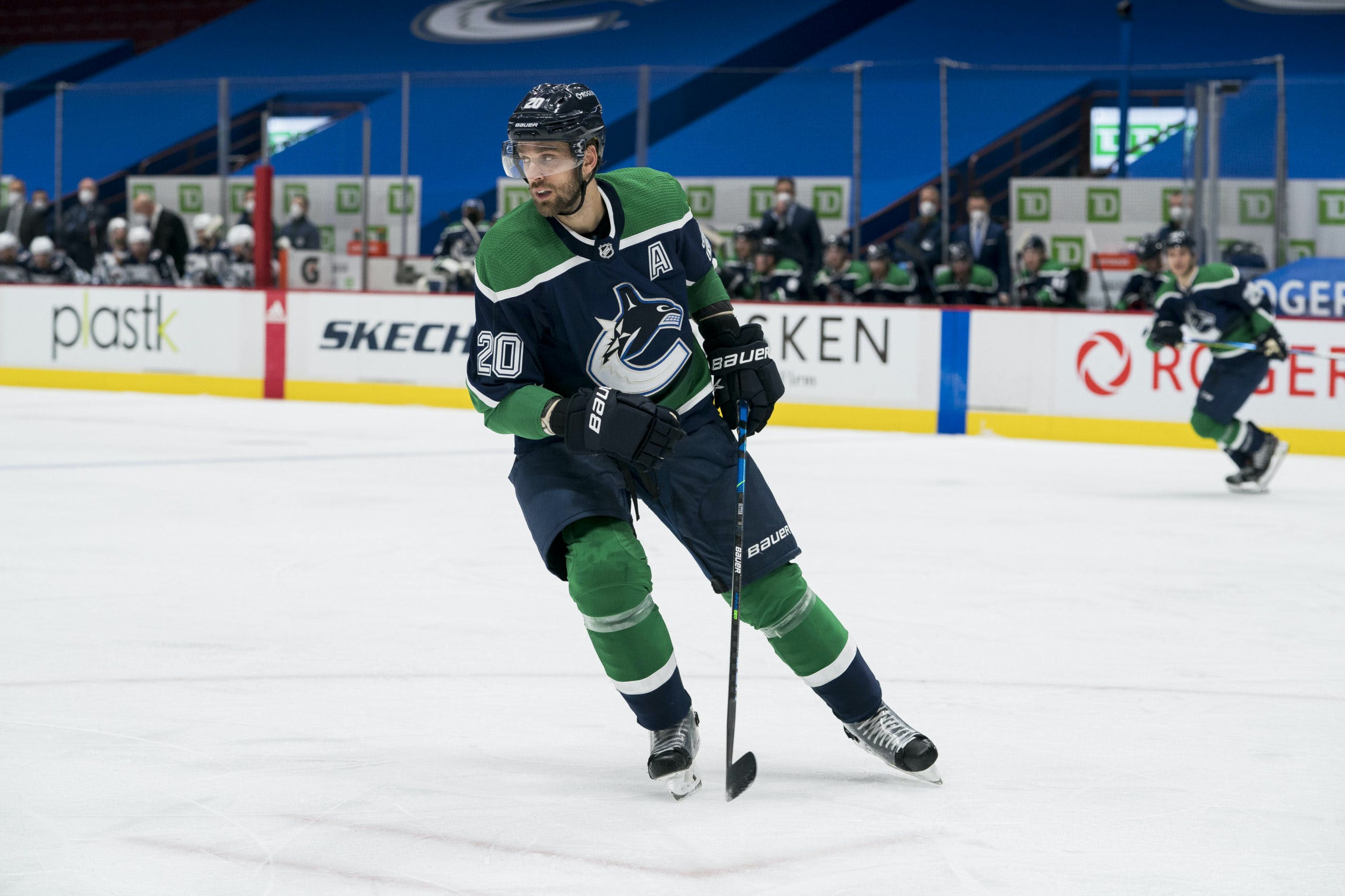 By Mike Gould
7 months ago
Vancouver Canucks forward @Brandon Sutter discussed his battle with COVID-19 — which has kept him out of the lineup for the entire 2021–22 season — during the Sportsnet telecast of Tuesday’s game against the Seattle Kraken.
Sutter, 33, has been with the Canucks since the 2015–16 season. He signed a one-year contract extension last July to remain with the team but has yet to suit up for a single game during his new deal while dealing with “long COVID.”
“It’s definitely been a long year,” Sutter told Sportsnet’s Dan Murphy on Tuesday. “It’s been a tough few months, for sure. I think this whole situation over the last couple years we’ve dealt with, here, in the world, has been just kind of unprecedented times.
“The team, last year, we all kind of got the COVID thing and since then, I just haven’t felt quite like myself,” Sutter continued. “I really had a rough patch back in the falltime when I was trying to prepare for the season and it just hasn’t seemed to kick back into gear yet. It’s definitely been a struggle of a winter, for sure.”
Sutter scored nine goals and 12 points in 43 games with the Canucks last season. He has served as an alternate captain with the team since 2016–17.
The veteran forward told Murphy that he felt optimistic around the holiday season that he might be able to return to the team in 2021–22 but found that his symptoms did not subside as he started participating in more intense training.
“I kind of thought I was getting better after Christmas and started training again, started skating again, and was kind of optimistic about returning at some point this season,” Sutter said. “When I started skating more and ramped up my training, the level you’ve got to be at to be an athlete in this league, I just kind of went backwards.
Sutter noted that he and his wife, Giselle, welcomed their third child last summer while he was still “right in the thick of it” in dealing with his COVID symptoms.
“Again, I’m always hopeful to get back as soon as I can,” Sutter added. “Dealing with immune system stuff, which a lot of people who are kind of going through at home, too, have had this, what they’re calling ‘long COVID’ stuff — it’s not a lot of fun.”
Sutter is set to become an unrestricted free agent this summer after his one-year, $1.125 million deal with the Canucks expires. The 6’3″ forward has 152 goals and 289 points in 770 career regular-season NHL games with the Canucks, Pittsburgh Penguins, and Carolina Hurricanes.
Uncategorized
Recent articles from Mike Gould