Report: “It’s not trending well” for a Bo Horvat extension with the Vancouver Canucks 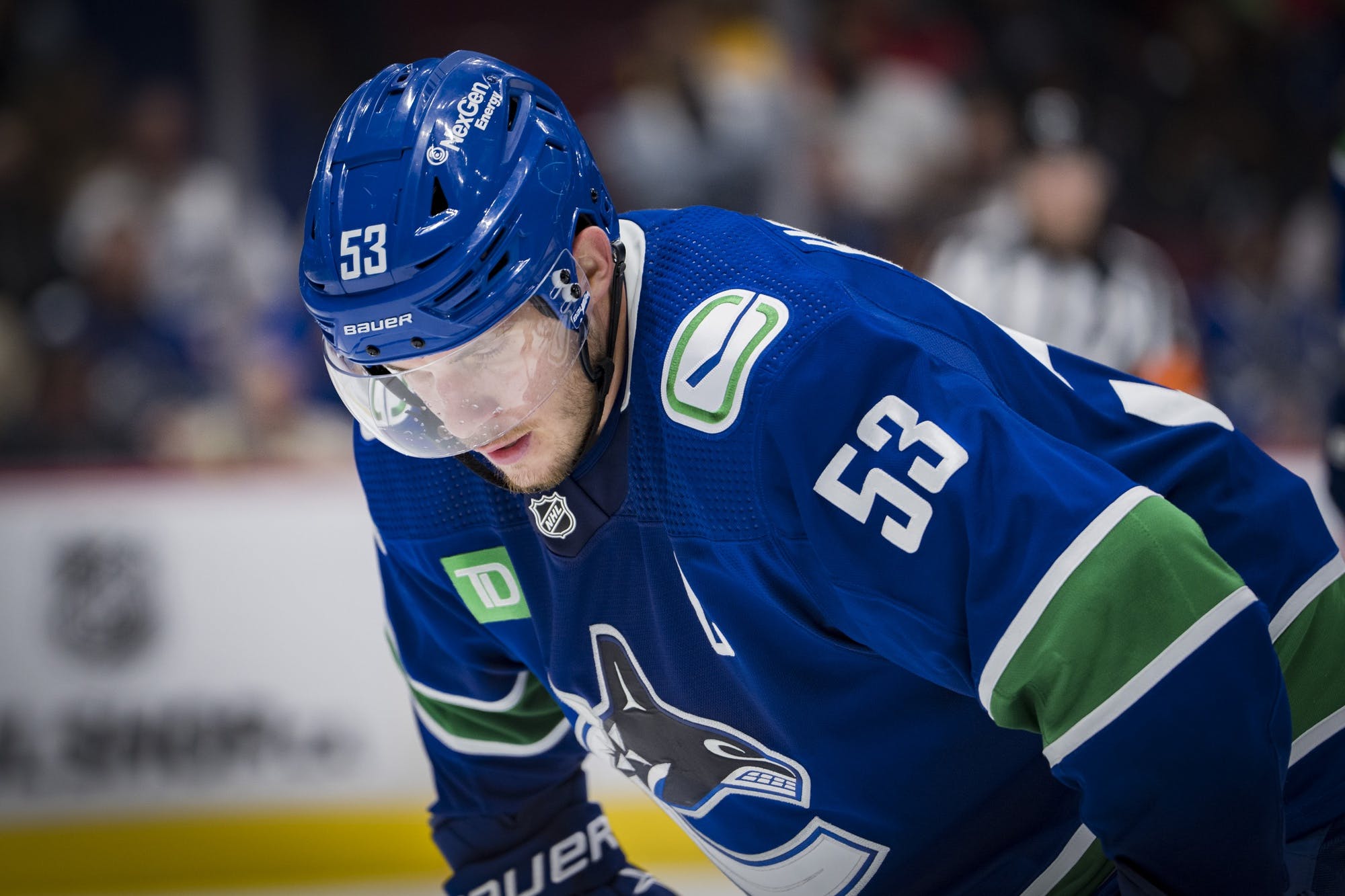 By Mike Gould
1 month ago
To the surprise of very few, things aren’t looking great when it comes to Bo Horvat signing a contract extension with the Vancouver Canucks.
Sportsnet’s Elliotte Friedman reported the following about the Canucks captain in his “32 Thoughts” column on Thursday morning:

Obviously, the Canucks are a team to watch. I despise dealing in absolutes, because I’ve learned negotiations can change out of nowhere (see: J.T. Miller), but it’s not trending well for a Bo Horvat extension. I suspect contenders eventually will be making strong offers for Luke Schenn, too. There’s too much to like about what he brings for $900,000. We’ll see where else it goes, and Jim Rutherford is not one to rush. He’ll let the market percolate until February, if necessary. (Trade deadline is March 3.)

Horvat, 27, has been white-hot to start the 2022–23 regular season with the Canucks, scoring 20 goals and 29 points in his first 27 games. It likely helps that the 6′ centre is in a contract year — his current deal, worth $6 million annually, is set to expire next July.
The Canucks previously signed J.T. Miller to a massive contract extension in June but, with the team coming out of the gate in an underwhelming fashion this year, it appears the focus in Vancouver has turned more toward the future.
Both Horvat and Brock Boeser have been the subject of constant trade rumours this season, with Friedman also speculating about Boeser’s future in his column:

Team I wonder about for Brock Boeser: Washington. This is a personal opinion, but I wonder if a Boeser-Anthony Mantha move makes any sense for both. The Capitals need a jolt and, as GM Brian MacLellan said last weekend, can’t do anything financially lopsided until there’s clarity on Nicklas Backstrom’s availability. Mantha’s cap hit is slightly lower than Boeser’s, and he’s got one fewer year — which would appeal to Vancouver. Anyway, just an idea.

The Canucks defeated the San Jose Sharks 6–5 in an overtime thriller on Wednesday. They’ll return to action on Friday to host the Minnesota Wild at Rogers Arena.
News
Recent articles from Mike Gould