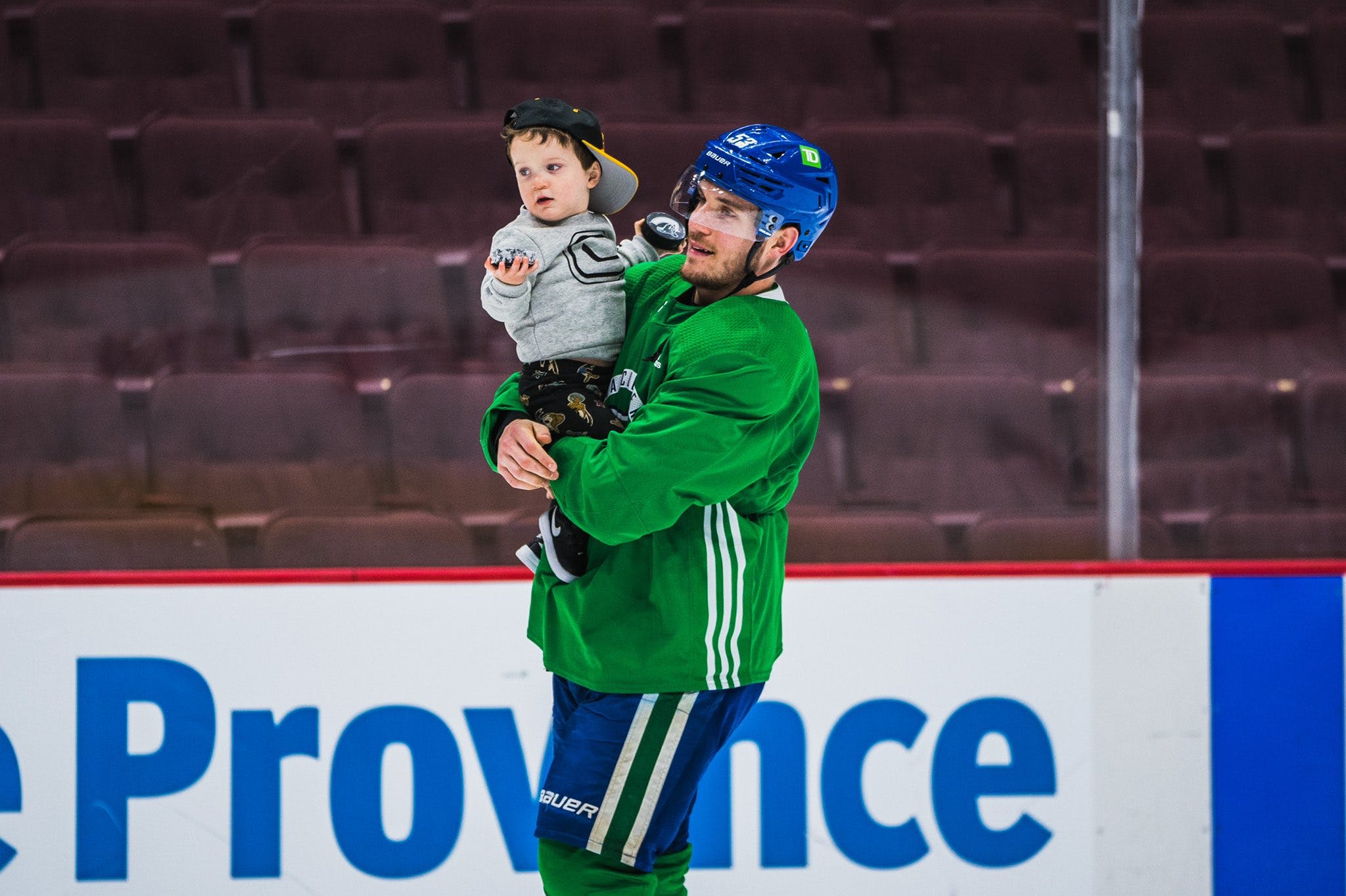 By Mike Gould
8 months ago
Vancouver Canucks captain @Bo Horvat brought a special guest onto the ice at Rogers Arena after Wednesday’s skate.
Gunnar Horvat, the first child of Bo and Holly Horvat, was born in June 2020 and is now almost 21 months old. Bo brought Gunnar onto the ice for a quick twirl after practice and introduced him to some of his Canucks teammates, including @Vasily Podkolzin and @Conor Garland.
The best part: @Elias Pettersson gave Gunnar his own puck … which he proceeded to immediately throw back onto the ice. (Don’t worry, Bo got it back).
Bo and Gunnar also took the time to re-enact a classic pose from The Lion King during their time on the ice together.
It remains to be seen whether Gunnar will follow in his father’s footsteps as king … er, captain when he grows up. Bo succeeded franchise icon Henrik Sedin in that role in 2019.
The elder Horvat, 26, has 22 goals and 40 points in 56 games with the Canucks this season. He’ll be back on the ice at Rogers Arena — with Gunnar watching safely from home or the stands — when the Detroit Red Wings come to town for a game on Thursday evening.
Uncategorized
Recent articles from Mike Gould