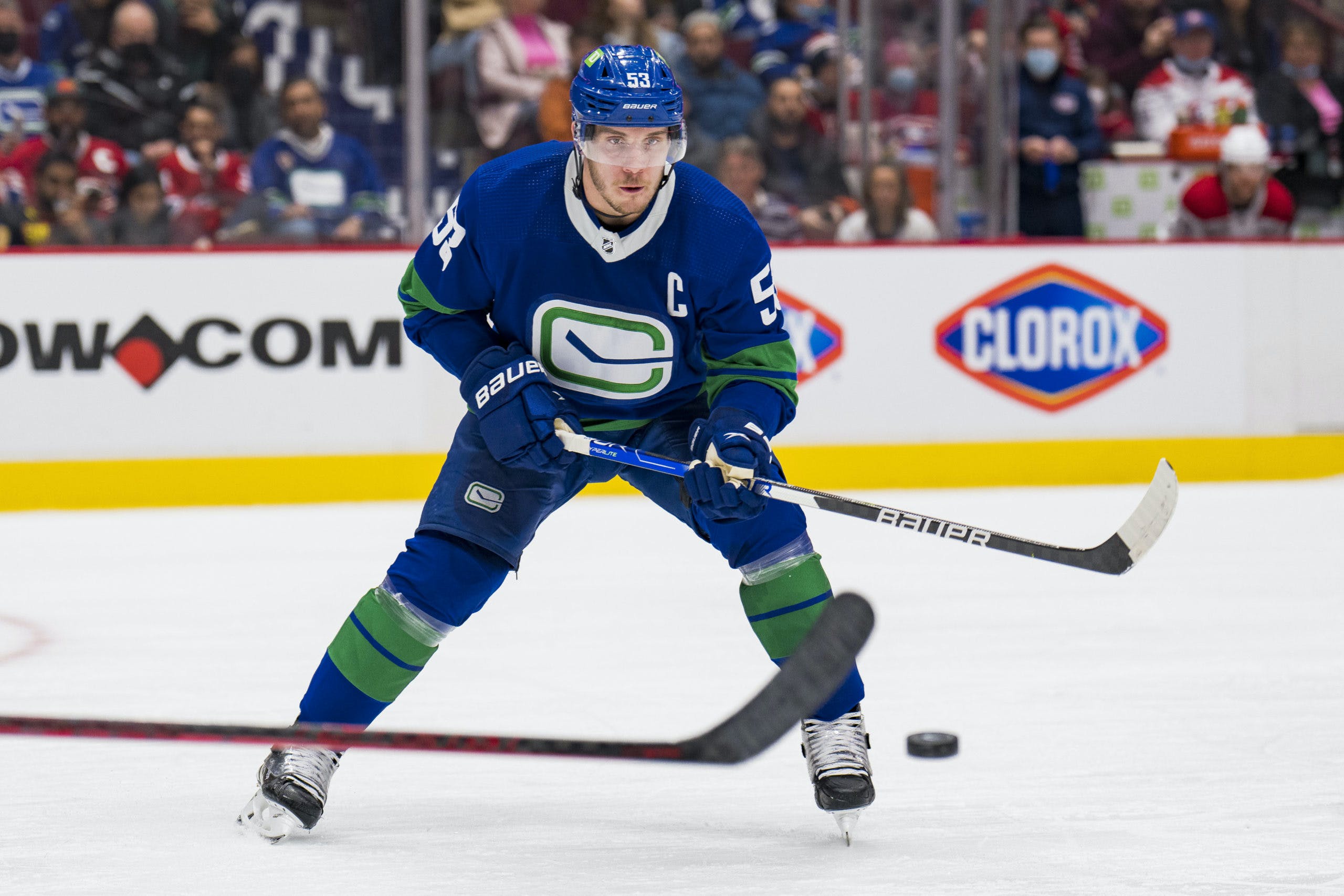 By Mike Gould
10 months ago
Ahead of Thursday’s Pride Night game against the Washington Capitals, Vancouver Canucks captain @Bo Horvat has announced a new initiative aimed at supporting a local LGBTQ2+ organization and ending the use of hateful language in hockey.
In conjunction with TD Canada, Horvat and the Canucks have established the #MakeTheCall social media campaign. Proceeds from the initiative will support “the Cutting Edges,” a Vancouver-based LGBTQ2+ hockey club.
Horvat announced the campaign with a video posted to his official social media channels on Thursday afternoon.
“Why do we keep missing the call on hateful language in hockey? We need to step up,” said Horvat in the video. “81 percent of Canadian athletes surveyed have witnessed homophobia in their sport.”
For each time the video above is shared along with #MakeTheCall, TD will donate $1 (up to a maximum of $3,000) to the Cutting Edges.
To celebrate Pride Night, the Canucks will take to the ice in commemorative warmup jerseys designed by Mio, a queer artist from Sweden. Puck-drop for Friday’s game against Washington is scheduled for 7:00 p.m. PT.
Uncategorized
Recent articles from Mike Gould