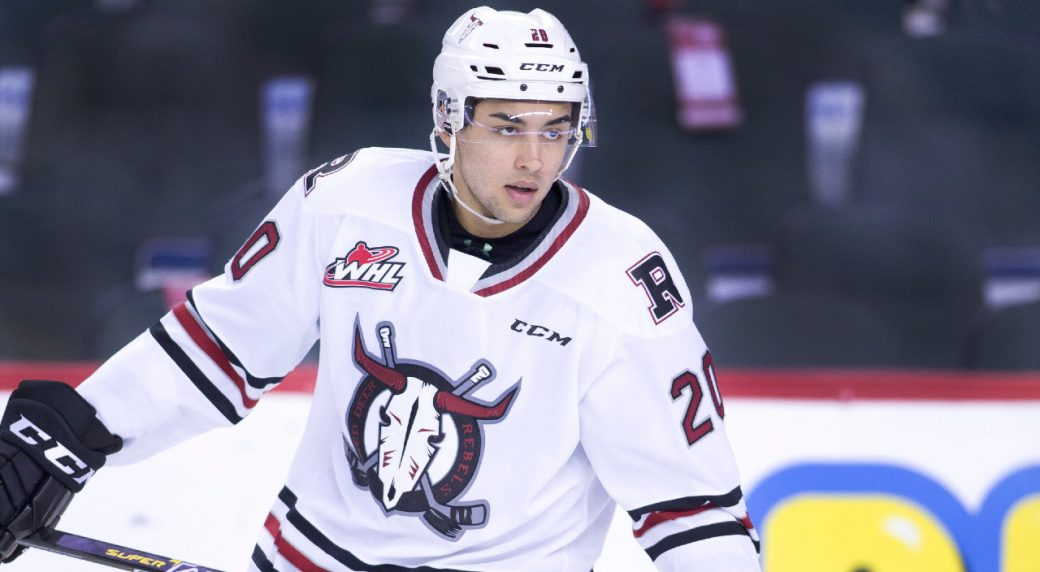 By Mike Gould
6 months ago
Vancouver Canucks prospect @Arshdeep Bains has won the Bob Clarke Trophy as the Western Hockey League’s top scorer during the 2021–22 regular season.
Bains, 21, racked up 43 goals and 112 points in 68 games with the Red Deer Rebels this season. In addition to his league-leading point total, Bains’ 69 assists also led all WHL skaters.
The Canucks signed Bains, a Surrey product, to an entry-level contract back on March 11. The three-year deal will take effect in 2022–23, which will also be Bains’ first year as a professional.
Bains finished his WHL career with 209 points (77 goals, 132 assists) in 257 games with the Rebels over parts of five regular seasons. Ben King, Bains’ Red Deer teammate, led the WHL with 52 goals in 62 games during the 2021–22 campaign.
There’s more good news: Bains will join CanucksArmy’s own David Quadrelli and Chris Faber on this Saturday’s episode of the Canucks Conversation Podcast.
Bains is one of six Canucks forwards signed to ELCs for the 2022–23 season, the others being Vasily Podkolzin, Linus Karlsson, Danila Klimovich, Karel Plasek, and Carson Focht.
More from CanucksArmy:
Uncategorized
Recent articles from Mike Gould