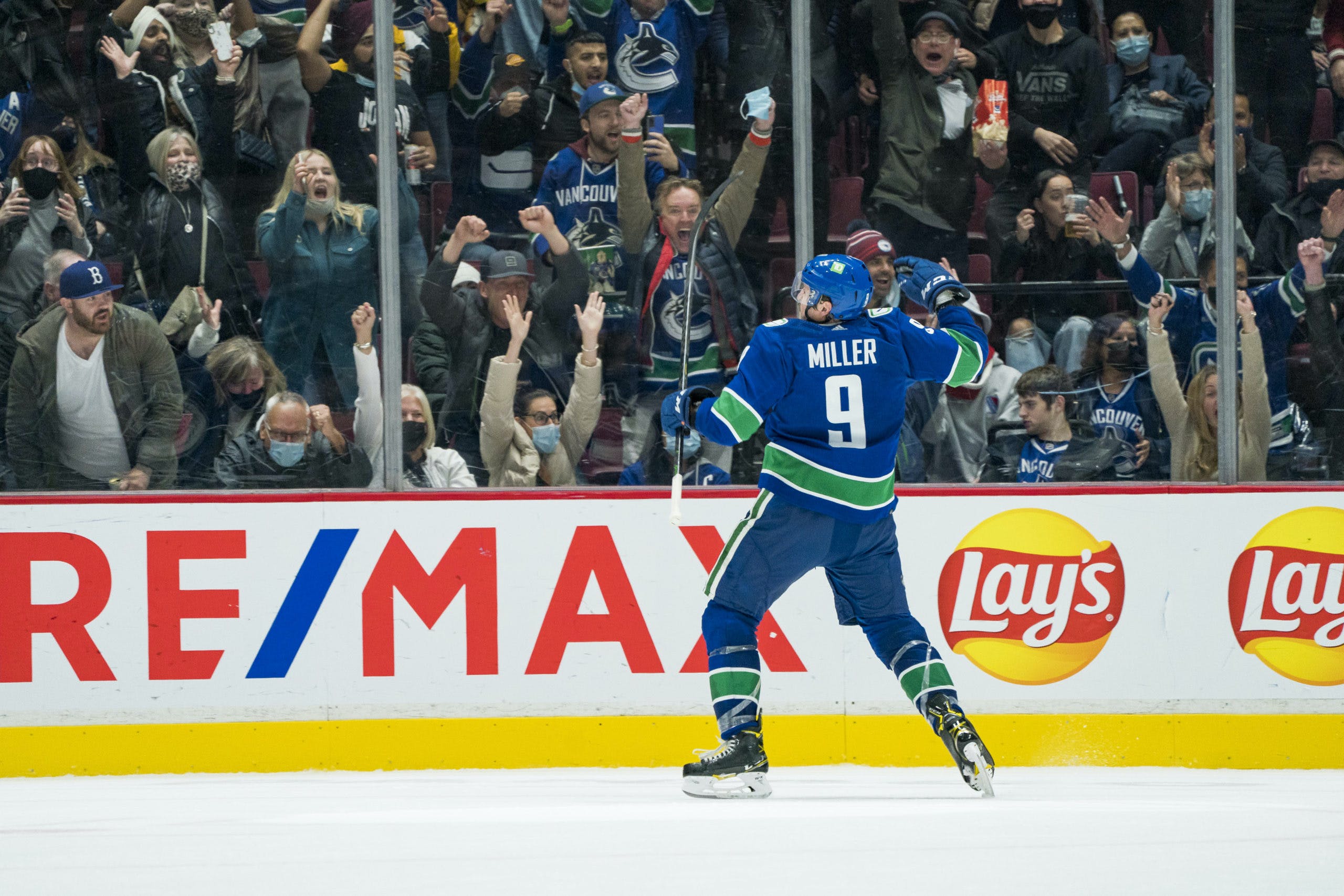 By Noah Strang
4 months ago
The Vancouver Canucks surprised many when they announced an extension with star forward J.T. Miller. There was no leaking of information that the two sides were close to an agreement and thus the news represented a sudden change in events.
With Miller locked up long term, the Canucks have a great forward group that is among the best in the Western Conference. Considering goalie Thatcher Demko has blossomed into an elite starter and is locked up at a reasonable cap number, the Canucks will be hoping to make some noise in the playoffs in the near future.
However, there were many concerns that signing Miller long term would be sacrificing the team’s future to make a half-hearted run at the Stanley Cup in the short-term.  While those concerns are still valid, there are a few details within Miller’s contract beyond the term and value that need to be examined to make a full judgement on this deal.

There isn’t a no-trade clause for next season

J.T. Miller’s extension will not kick-in until the 2023-24 NHL season as he still has one final year remaining on his current contract. As he plays out the final season of his old contract, Miller can be traded to other teams around the NHL.
One of the narratives surrounding the Miller trade discussions was that certain teams were scared to acquire him on an expiring contract as he could leave during the summer for nothing. However, now that Miller has signed this extension, those fears are alleviated. This does make him more tradeable, especially to teams that knew they had little chance of inking an extension with Miller.
Despite the fact that it may be easier for the Canucks to now find a deal, it seems unlikely that they part ways with Miller.
“I am not going to trade a player just for the media,” said general manager Patrik Allvin, who reiterated that the Canucks’ plan is to keep Miller in Vancouver for the next eight years. “JT has been our most consistent and best player.”
That being said, the Canucks’ had the option to add trade protection to the final year of Miller’s current contract when they signed this extension, but elected not to.

It’s an easy buy-out in years six and seven

During the first few seasons, the contract is loaded with heavy signing bonuses. In the first year of the deal, $8.5 million is paid in the form a signing bonus and he will receive a signing bonus of $5 million in the two seasons after that.
This is a structure that is definitely better for Miller as he gets large chunks of cash in his pocket as soon as possible, which may have helped the Canucks slightly lower the total AAV of the contract.
In this way, the structure of the contract has aspects that are both favourable for Miller as well as for the Canucks. Objectively, the deal looks very fair at the time of signing, though only Miller’s performance over the next eight years will determine the final verdict.
Content
Recent articles from Noah Strang