Advertisement
Ad
WDYTT: Who has been the Vancouver Canucks’ best defender in 2021? 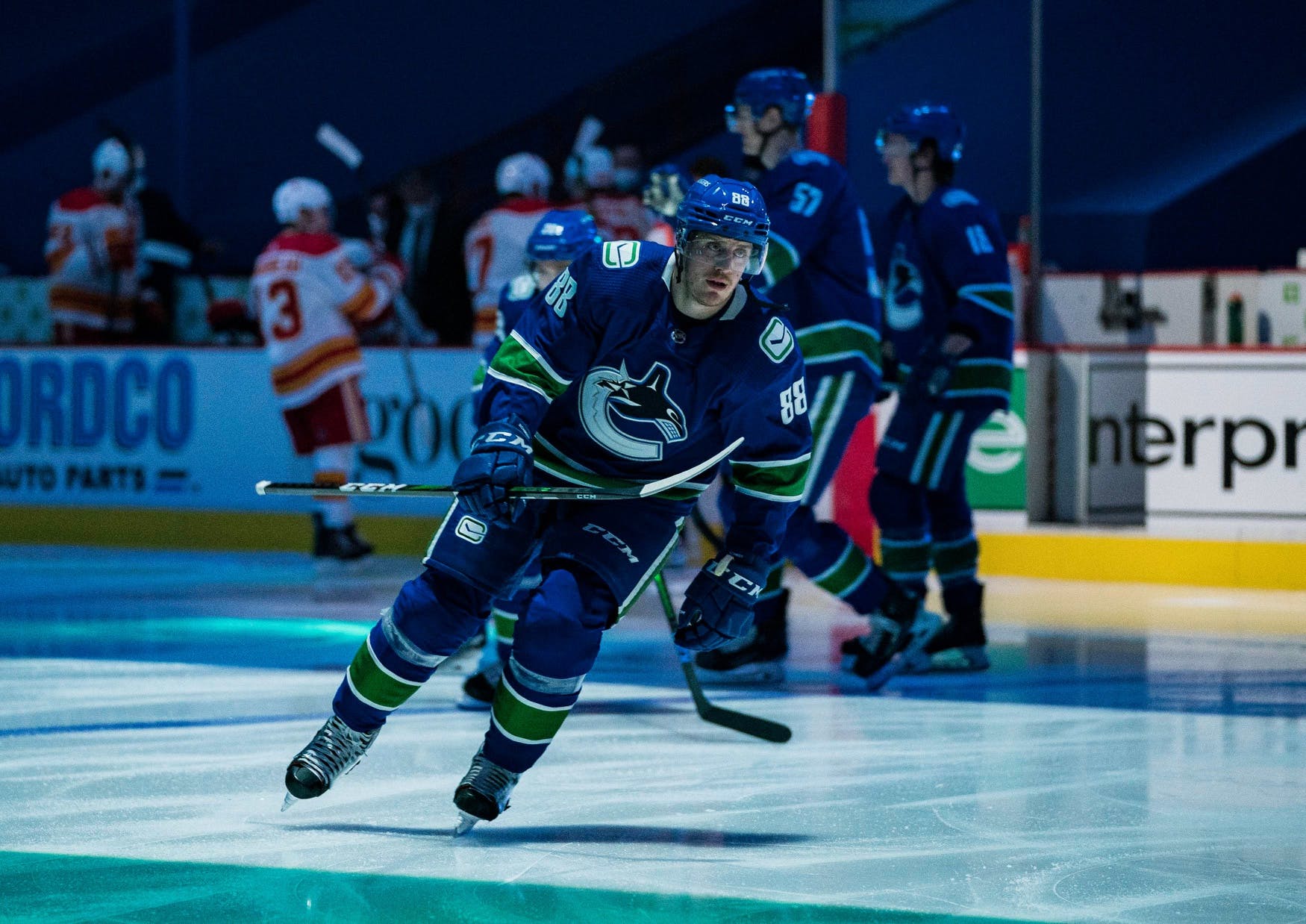 Hello, and welcome back to WDYTT, the only hockey column on the internet that never ends up on the IR unexpectedly.

Speaking of surprises, how’s this for one: there’s no clear-cut answer as to who has been the Vancouver Canucks’ best defenceman in 2021.

Last season, there was little room for argument, with Quinn Hughes taking home a Calder nomination, several Norris votes, and the hearts of the fanbase. This year, however, the situation is a little different.

On our end, we can see valid arguments to be made for at least four different defenders as the best of the season thus far. Whether you think that’s a good thing or a bad thing is entirely up to you. Right now, we just want a name and some reasoning.

That’s because, this week, we are asking you:

Who has been the Canucks’ best defender in 2021?

Last week, we asked you:

Who isn’t getting enough credit for the Vancouver Canucks this season?

Your responses are below!

BB all the way. I was worried, given the contract he will be getting next, but he is proving he will be worth it. Also, Demko is a solid 1A.

I would have to say Edler has been pretty good this year. Guys like Nils and Demko have gotten publicity, but Edler has played every game and still plays the PK. On a team that is underachieving, finding an unsung hero is difficult.

Definitely not the player in the picture [Adam Gaudette], as a matter of fact he has been quite disappointing.

For the purpose of this exercise, I will say Edler, followed by Sutter, as unsung players.

The only player that fits in my mind is Tyler Motte. His hustle is something that is consistent in every game he’s played

I like Beagle for his leadership. If he was one-year, $1 million, I`d re-sign him. That MacEwen-Beagle-Virtanen line was really good.

Pearson has not been noticed (except as trade bait). He`s been a solid up and down winger who rarely makes mistakes.

I`d vote Motte for the Energy Award, if they would rename it the “Burrows Award.”

The Canucks are currently sitting four games below .500 and 26th out of 31 in win percentage.

Other than Höglander (for outperforming all expectations we had for him as a rookie), Demko (for proving he might just be the answer to the long term needs in net), and Boeser (for showing he is going to be worth every dime of his $7.5mil qualifying offer), no one else on this team, coaches and management included, deserve credit for anything.

These three guys are already getting the credit they deserve. The rest of the guys aren’t getting credit because they either: a) aren’t playing anywhere near what was expected or b) aren’t playing anywhere near worth what they are getting paid. I see several people mention Alex Edler, but the dude makes $6mil/yr. Does he deserve to get credit for playing like a borderline top-four d-man when he’s paid like a sure top-end guy? That should be minimum expectation.

In an overexposed market like this one, guys that deserve credit usually get it. None of these guys aren’t getting about what they deserve right now.

Ian Clark has made losing Markstrom palatable for a team that relies on elite goaltending to compete.

There are three D-men on the Canucks that seldom, if ever, get any love; Edler, Myers and Schmidt. They are all well-paid (perhaps even overpaid) and go about their jobs. The only mentions they usually get is when they make mistakes. What is most unfair is often those mistakes come at the end of long shifts after the forwards have blundered clearing the puck a couple times. Happens several times a game where the puck gets moved out to center, the forwards change, and the D are hemmed in again. Mistakes are unavoidable after being on the ice for a minute and a half. The expectations on the Canucks D are not reasonable given the horrible D-zone play of the forwards.

All 3 D-men listed play over 20 minutes a night, Myers is at 22 minutes. All three kill penalties. Edler and Myers are over three minutes a game on the PK. That is some serious heavy lifting, given the power plays they face in this division. Schmidt is at two minutes of PK. All three are right about the team average of 47.4% for Corsi For.

Schmidt is at +2. He gets my nod for someone who deserves a bit more credit or at least a little less ridicule. To play over 20 minutes a game on a relatively poor team and be on the plus side is something.

Since I wasn’t concerned about Demko this year, he is a strong candidate, but my heart is elsewhere. The transition from a big rink to an NHL rink has ruined many a player, Nils Hoglander is not one of them. He has transitioned in a breath…

This is a long-winded episode on futility, and I will pick Elias Pettersson. His game is growing and be patient. This is best possible time for injury and low production entering a contract year. If the Canucks can manage term and contract like Nate McKinnon received, then we could be seeing some future cup runs. If he is given Marner money, yikes.

Sutter hasn’t sucked as much this year. I guess a shortened season, healthy and a dream of a new contract is helping.

If “We are All Canucks”, then the MVP this season has to be the loyal fanbase that sticks by this team through thick and thin.

This year, there is no other answer.

Sutter is not getting enough credit. He is playing fantastic bottom-six hockey this year. This looks to be a very good season as a Canuck, and he is fully healthy and playing hard.

Nice to see him blocking shots, on the PK, popping a few goals and being a great role player.

Boeser and Demko are the only Canucks playing well.