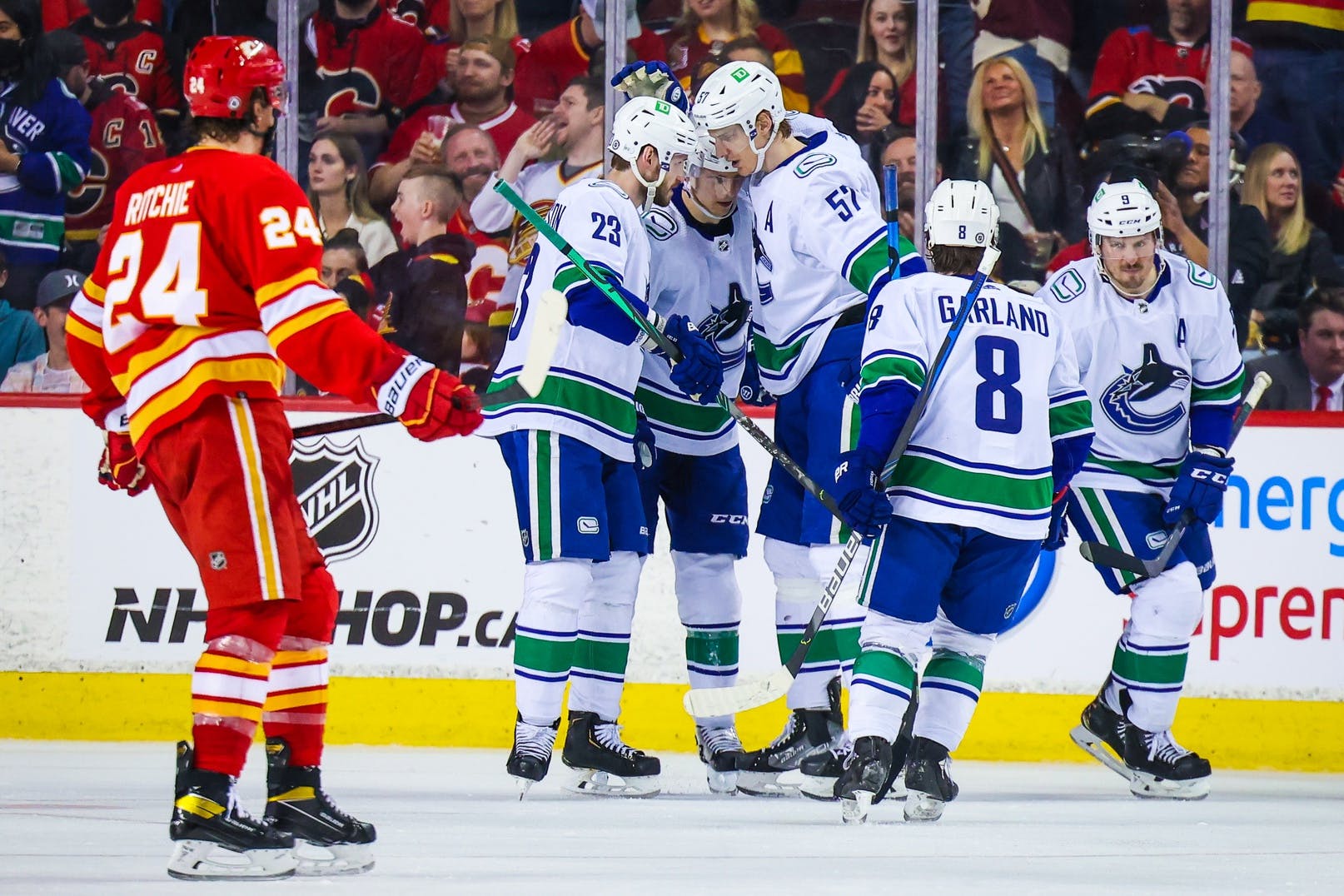 Welcome back to WDYTT, the only hockey column on the internet that doesn’t need an off-season.

Speaking of off-seasons, the NHL’s summer of 2022 has officially begun. The Colorado Avalanche were this year’s lucky winners of the Stanley Cup, so now it’s time for a brief, week-and-a-half period of reflection and preparation until the whirlwind of the draft, free agency, and the ramp-up to the 2022–23 season begins in earnest.

To win the Cup, the Avalanche had to overcome the two-time defending champ Tampa Bay Lightning. Truly, this was a clash between two hockey franchises at their absolute peaks, and it was a feast for the hockey senses. Fans of other organizations could only watch in awe as they wondered, “Could my team ever hope to reach such heights?”

Vancouver fans, you’ve now got a fairly recent and vivid indicator of what it takes to achieve Stanley Cup glory in your memory banks. Is it really something that you think the Canucks can achieve for themselves one day? And, if so, when?

This week, we’re asking you to gaze somewhat optimistically into the future and tell us:

How soon do you believe the Vancouver Canucks can become true Stanley Cup contenders?

What are your expectations for Andrey Kuzmenko?

Solid 3rd liner, that can PK and PP.

Right now, before all the trades, we don’t really know where Kuz is going to be pencilled in, but I think he will be given every opportunity to thrive. I really like his attitude and think his compete will be high.

Kuzmenko was the second highest scoring player in the KHL last year, no small thing. And apparently he is a superb skater and playmaker. But is he defensively sound? And will he mind being on the third or fourth line, or will he insist on 18 minutes a game right out of the gate?

My guess is that the presence of Podkolzin will be a big help, so I think it’ll work out. My prediction is 18 points in the first half of the season and 32 in the second. He’ll start on the third line and play the penalty kill, where he’ll be surprisingly effective. But as the season wears on, he’ll move up to the top-six and the second powerplay line.

Assuming he doesn’t play first unit power play, but plays on the second power play unit, I think he could get 40 points. Seems like a pass-first player, so maybe 15 goals and 25 apples.

For Kuzmenko, I expect nothing less than 100 articles written.

I expect for Kuzmenko to get 20-30 points up to the trade deadline and make for an incredible trade-bait.

Seems like he is just a heavier Goldobin which is an improvement. As he is older than when Goldy was a Canuck, I would expect him to do a little better; say 12 goals, 35 points for a full season. Expectations of KHL players in NHL need to be realistic. Note ex-Canuck rejects Brendan Leipsic and Goldy are in top-three for KHL playoff points, so Kuzko’s ceiling is probably as a 3rd liner.

I believe they have big plans for him, so the opportunity will be there. The transition to the NHL won’t be easy, but 15G and 30A could be attainable.

A lot of variables will impact Kuzmenko’s production. He will start in the middle-six. I expect him to struggle through the first 20 or so games or so as he learns systems and adapts to the style of play. He’ll get a few points. If he struggles defensively, he won’t get the ice time to put up serious points.

If Kuzmenko catches on the defensive side of the game, he will get the ice-time and linemates to put up big points. If Miller stays and Boeser goes, Kuzmenko should come in around 45 points with great linemates. If Miller goes and Boeser stays Kuzmenko could have trouble getting the opportunities and linemates he’ll need to succeed. Overall goal production will slip somewhat.

This is a tough one, since we don’t know how much offensive depth the team will have with change in the air. Assuming an accelerated entry for an older, professional player, I’m going to go with 12 goals and 35 points total. 1/3 of his points via the power play.

Almost none. Just a wait and see for me.

I’m jaded, so I’ll say he works out as a 3rd or 4th line player. If he achieves beyond that, I will be pleased.

Ideal prediction: he plays bottom-six all year, adds speed and gets around 40 points.

Expecting a ELC contract player that wants a bigger and longer contract.

I am expecting a highly motivated player coming in that will be looking to earn a big deal after this year. Good chance, he comes ready to play and will be highly engaged through out the season. Hoping he clicks with the roster…