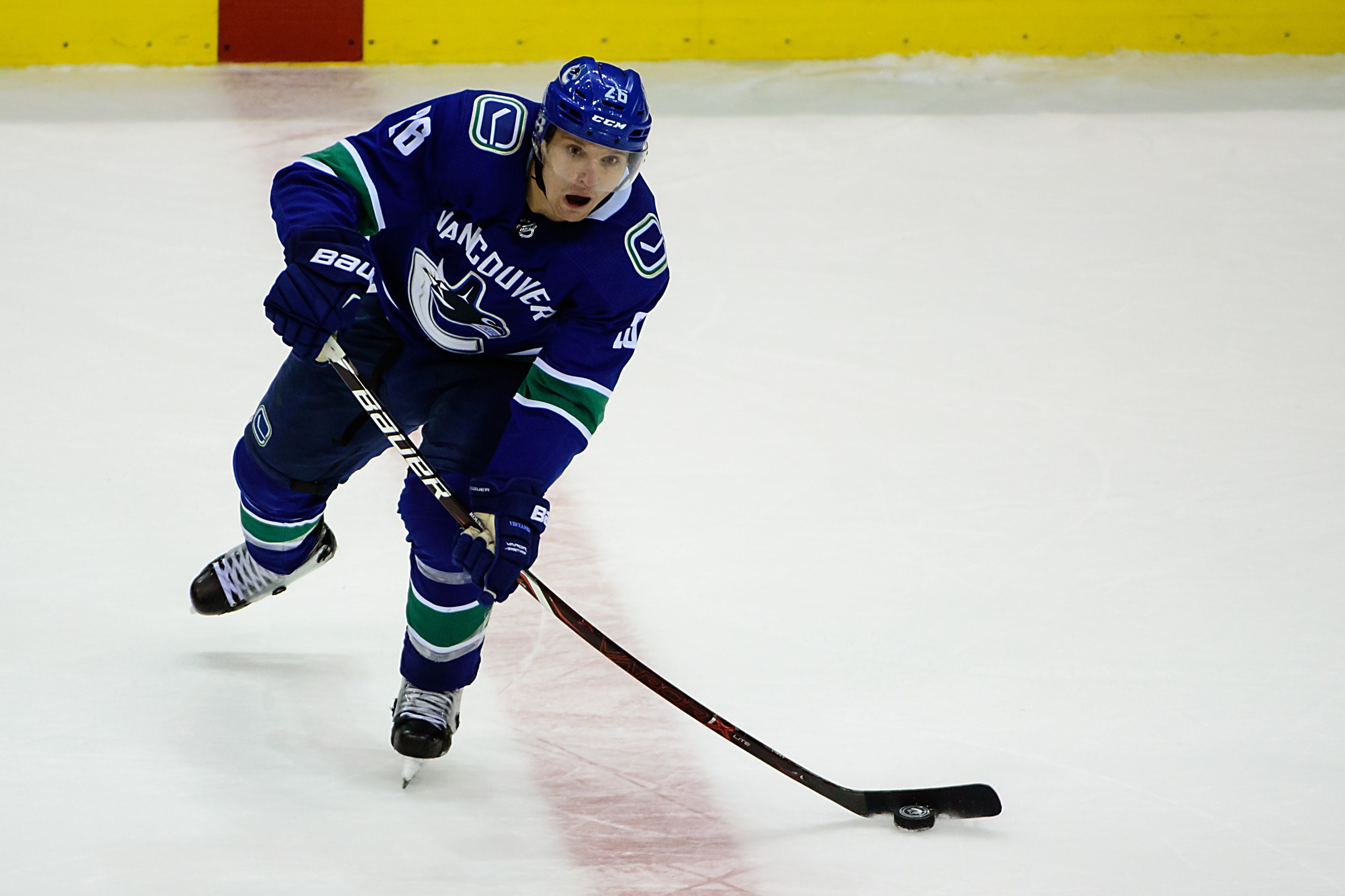 Photo credit: © Anne-Marie Sorvin-USA TODAY Sports
By Faber
3 years ago
Comments
The Vancouver Canucks are beginning what is arguably their hardest month of the season. As they march on through November, they’re likely to face an injury or two and the will likely need reinforcements. Luckily for them, they’ll be getting exactly that with the return of Antoine Roussel to the top nine of their forward group.
Jim Benning recently met with media where Brendan Batchelor of Sportsnet 650 asked for an update on Roussel. Benning said that Roussel will meet with team doctors at the end of November and will then begin skating with the team but we should not expect to see him until the end of December.
Though the man affectionately dubbed “Rous” has been on injury reserve to start the season, that hasn’t stopped him from being involved with the team off the ice.
Advertisement
Ad
Advertisement
Ad

Watching Roussel hang out with these kids just brings a smile to your face doesn’t it?
Antoine Roussel may only currently be contributing off the ice, but his return to the lineup is just around the corner, along with questions of where he should play and who should be swapped out. Roussel played up and down the lineup last season and didn’t spend a lot of time with any one linemate, but was still able to find success wherever coach Travis Green utilized him.
So the question is will Antoine Roussel return to Bo Horvat’s wing or will be find himself alongside Brandon Sutter. Last season Sutter and Roussel were only healthy for 22 games together. In those 22 games Roussel found himself on Sutter’s line 2/3 of the time at 5 on 5.
Advertisement
Ad
Advertisement
Ad
Last season Antoine Roussel was able to boost the Corsi percentage of his two most common centres in Brandon Sutter and Bo Horvat.

All stats provided by NaturalStatTrick
Roussel’s playmaking ability was his most lethal weapon last season, as he was able to thread some beautiful passes to Jake Virtanen and Adam Gaudette.

Adam Gaudette comes up clutch responding to tie the game at 2 for the #Canucks. He takes the Roussel feed and goes bar down on Darcy Kuemper. pic.twitter.com/WIBAwH1ydG

#Canucks get back the 'questionable' Nashville goal quickly as Antoine Roussel hits Jake Virtanen on the 2-on-1 and he makes it 3-1. pic.twitter.com/yBnKppSyBu

In fact, the stats would suggest that playmaking ability is his most valuable asset. Antoine Roussel was tied with Elias Pettersson for the highest rate of first assists per 60 minutes last season.
Advertisement
Ad
Advertisement
Ad
Roussel was a vital piece in the Canucks middle six last season, bringing an intensity to the ice that not many others in the league can match and quickly became a fan favourite for his on-ice disputes with players like Nikita Kucherov and Patrick Laine.
The Canucks play 15 games in the month of November and 13 games in December with a 4 day Christmas break. After the break is when I would expect to see Roussel make his return to the team. I personally believe he should get a run with Bo Horvat to begin but if they don’t find early success it would be interesting to see Roussel play alongside Brandon Sutter.
Sutter is healthy for the first time in quite awhile and playing with a ton of confidence early on this season. The idea of having a third line centred by Gaudette with Roussel and Virtanen also gets the blood pumping.
Advertisement
Ad
Advertisement
Ad
For now the Canucks will have to wait to have their mouthiest player back in the lineup, but his energy alone will be a huge upgrade to this team’s middle six forward group and could even spark a run of goals by Sutter or Horvat with the addition of the silent sauce playmaker Antoine Roussel.
Who would you play Antoine Roussel with? Sound off in the comments.