Advertisement
Ad
Report: Canucks will be without J.T. Miller and Jordie Benn for at least first road trip of season due to COVID-19 concerns 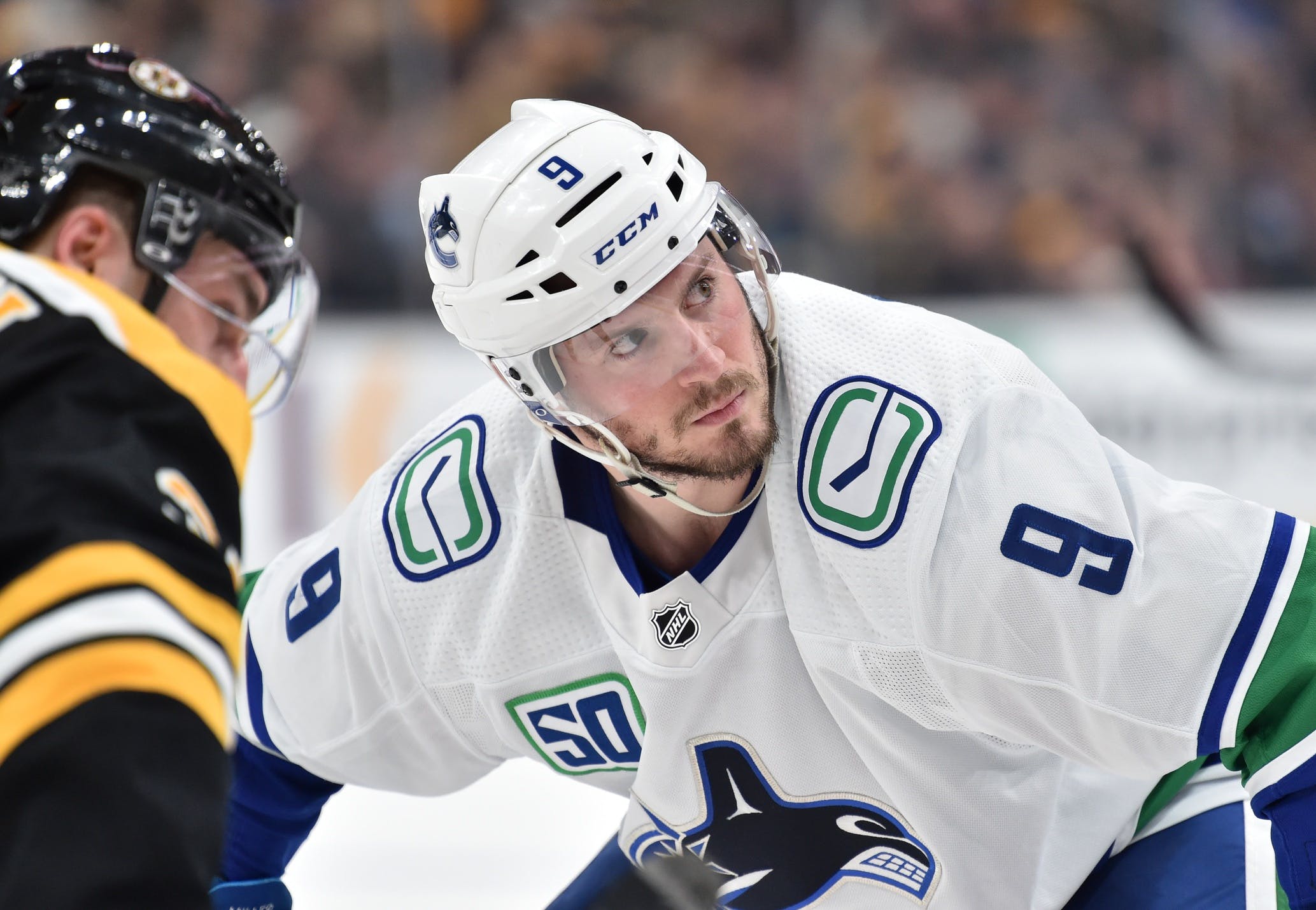 My understanding is that due to COVID-19 concerns, D Jordie Benn and F JT Miller will not be with the #Canucks for a couple of weeks. Both players are quarantining. Miller had been staying at Benn's Vancouver residence @tsn1040

The Canucks cancelled practice on Sunday due to a false positive test, but were back out on Monday, with Jordie Benn being the lone absentee.
Today, however, Benn and J.T. Miller weren’t out for practice, and now we know why.
Miller was deemed a close contact of Benn and has been forced into quarantine, per Rick Dhaliwal.
As explained by Patrick Johnston of The Province, Benn and Miller will both have to test negative over the course of three days before being cleared for travel:

1:Gaming this out…if Benn was the false positive, he needs to return false positive over the next three subsequent days. Miller is a close contact so really shouldn't have been on the ice yesterday. (Presuming he tests negative in his three days, he'll be cleared too) BUT

The only issue is, the Canucks are already in Edmonton, so once those three days are up (assuming both players continue to test negative), Miller and Benn still won’t be able to get to Alberta to play in the club’s matches against the Calgary Flames.
Advertisement
Ad
Advertisement
Ad

2: Even if they both clear tomorrow, there's no way for them to join the team in Alberta since flying, either commercial or private jet, requires 7-day quarantine under league policies. Can't drive either, since only car trips less than 5 hours are exempt.

This suggests that the earliest the Canucks will get both of these players back is next Wednesday for their home opener against the Montreal Canadiens.
General manager Jim Benning spoke on Sportsnet 650 and confirmed that Miller and Benn “aren’t available to them” right now. He also added that there would be additional information announced tomorrow. We will keep you updated as new information arises.
UPDATE: Patrick Johnston posted this excellent thread that draws on information from BC Health guidelines that concludes that under the current rules, it may in fact be Miller who is out longer than Benn.
Click to read the entire thread:

With the morning sun, clarity, using both NHL and BC public health regulations: Jordie Benn tested positive Sunday morning but a confirmatory test came back negative. That still put him into an isolation protocol. He tested negative Monday but positive Tuesday. (1)

In this scenario, Miller will not be cleared to play in the home opener.