Advertisement
Ad
The NHL has an officiating problem 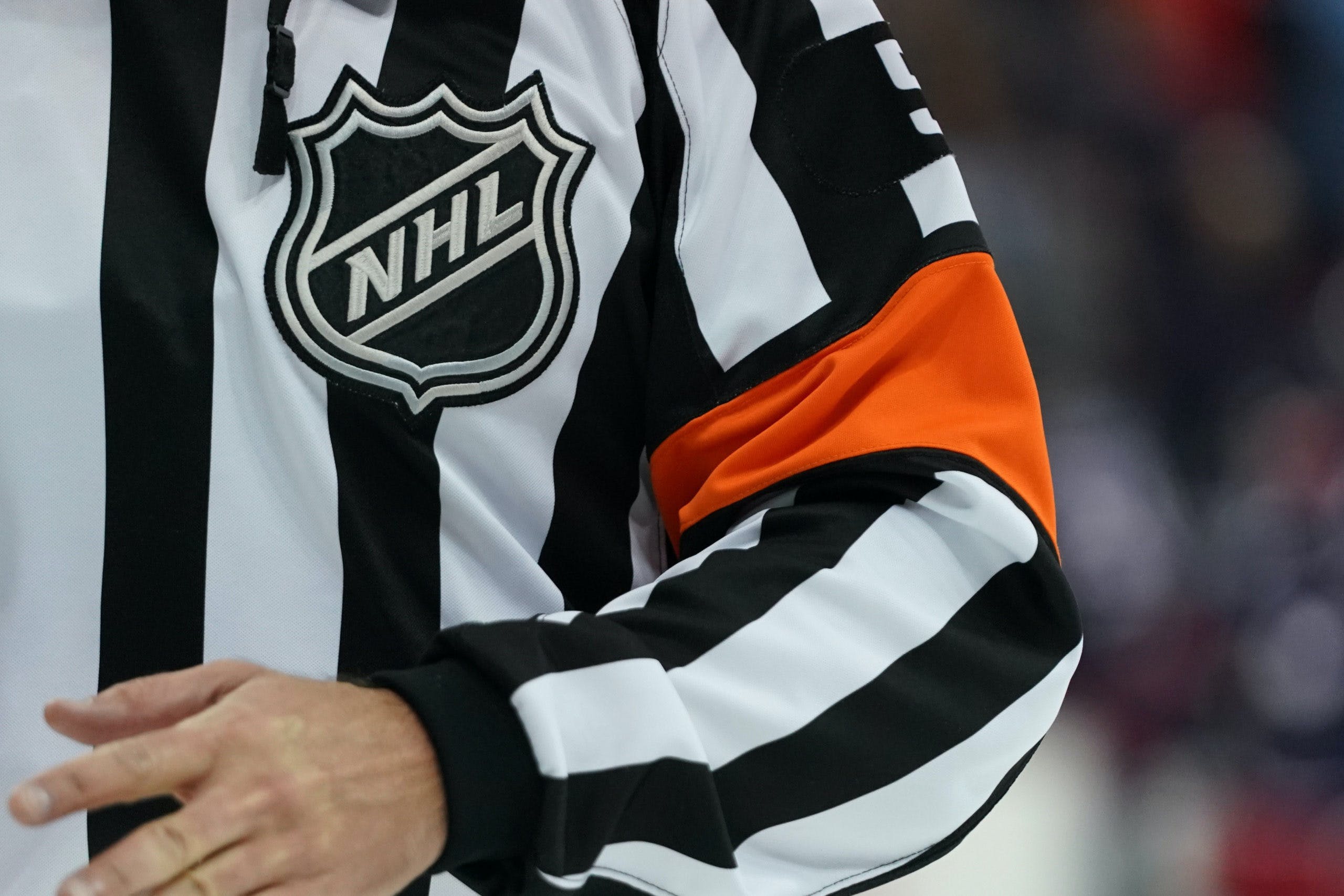 Photo credit: Aaron Doster-USA TODAY Sports
By Noah Strang
17 days ago
Comments
When the Tampa Bay Lightning’s Mikhail Sergachev sucker punched Conor Garland during a scrum last week, players and fans watching waited for the referee to dish out some consequences. Then they waited some more and then some more. Eventually, it became clear that there was no penalty coming despite the infraction occurring just a few feet from the closest referee.

Sergachev should be gone from the game for this. Total trash move. #Canucks pic.twitter.com/yMJvTYI4j3

“I feel bad now not doing anything in Garly’s [Garland] defence, but I thought for sure it was going to be a penalty,” said Vancouver Canucks captain Bo Horvat when asked about the incident. “I mean, probably one of the harder punches I’ve seen after a whistle and the refs standing right there and no call.”
The lack of a penalty on this play was a shock not only to Horvat but to anyone watching. It’s hard to blame the captain for thinking that there would be a penalty assessed and not wanting to compromise the potential 5-on-3. It was a vicious sucker punch that Garland absorbed straight to the head with no helmet on.
This topic comes up every year but certain macro forces in the NHL mean that it’s really time to confront the refereeing issue head-on. The NHL’s promotion of sports gambling means the on-ice product needs to be held to a more consistent threshold. In addition, player safety and the integrity of the standings are compromised with every brutal missed call.
Advertisement
Ad
Advertisement
Ad

The Conor Garland incident is the latest in a long series of missed calls by NHL referees this season. On Friday, it was announced that Sergachev had been fined the maximum allowed under the CBA. This was despite there not even being a minor penalty awarded at the time.

Tampa Bay’s Mikhail Sergachev has been fined $5,000, the maximum allowable under the CBA, for Roughing Vancouver’s Conor Garland.

Being an NHL referee is a difficult job. The play moves incredibly fast and it’s hard to stay on top of all the action that’s happening on the ice. Every mistake you make is broadcasted across social media for millions to see. However, when so many egregious infractions aren’t called, it makes hard to feel sorry for the referees. No one is saying that they need to be perfect, but the standard simply must be higher, and “game management” needs to be a thing of the past.
Advertisement
Ad
Advertisement
Ad

One of the largest developments for the NHL in recent years has been the acceptance of sports gambling. The league has embraced betting with open arms and has been very well financially compensated for doing so. Turn on any NHL game and you’re sure to see some gambling advertisements, potentially the one with Wayne Gretzky in a suit if you’re lucky.
There is no problem with the NHL promoting sports betting. It’s the new reality of North American sports and something that fans are going to have to accept. However, if the NHL wants you to go and risk your money on games, it needs to have a consistent product that fans can feel confident in. It can’t have referees missing obvious calls and shifting the momentum.
While fining Sergachev was the right move and the money will go towards the player assistance fund, it doesn’t help the Canucks. If there was a penalty given on the play, the Canucks would have been granted a 5-on-3 and a great opportunity to score in a game they eventually lost by a single goal.
Advertisement
Ad
Advertisement
Ad
Why would anyone want to risk their hard-earned money on a game that the referees have so much influence on? This is a potentially game-deciding moment that the referees completely failed at. If the NHL wants to promote betting, they need to make sure that the referees aren’t the ones deciding the outcome of games.
There are countless examples of calls that the referees have missed that have influenced the results of games. Here is a great one from a matchup last season between the Toronto Maple Leafs and Arizona Coyotes.

Auston Matthews gives it to the ref after a missed call leads to Coyotes GWG pic.twitter.com/u0Si953eOJ

At the moment, the on-ice product is suffering because of the referees’ poor performance. There needs to be more accountability for the calls (or non-calls) made on the ice. The NHL needs to figure out a way to do that and let the players on the ice decide the result of the game.
Advertisement
Ad
Advertisement
Ad