Advertisement
Ad
Gary Bettman says NHL salary cap may only go up by $1 million, and that’s bad news for the Canucks 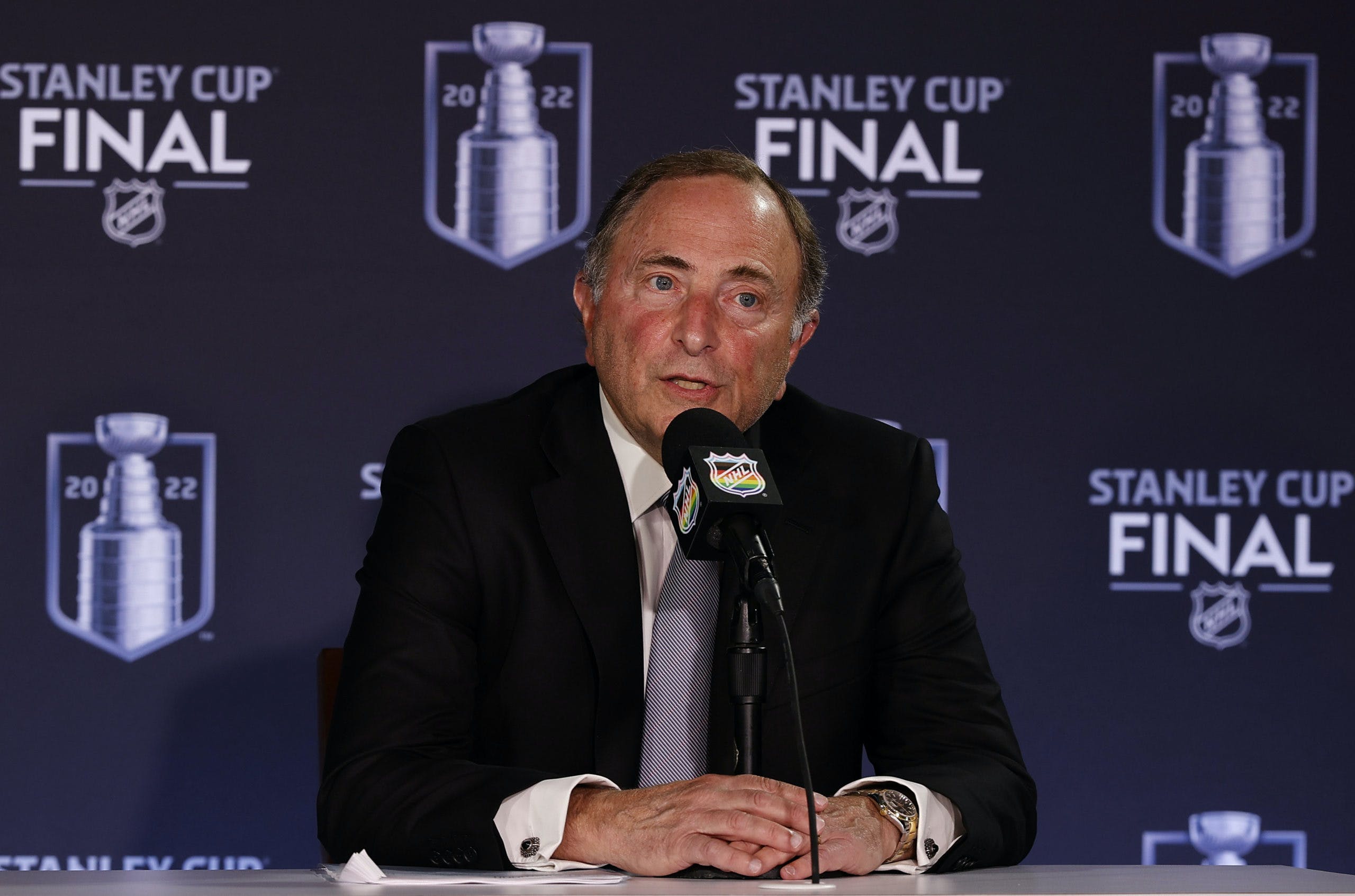 Photo credit: Isaiah J. Downing-USA TODAY Sports
By David Quadrelli
1 month ago
Comments
On Monday, Gary Bettman, the beloved commissioner of the National Hockey League, spoke at day one of the NHL’s annual December Board of Governors meeting at Breakers Resort in Palm Beach, Florida. There wasn’t much that came out of that day that was particularly newsworthy.
But on Tuesday, Bettman talked about what hockey fans everywhere really want to hear about — the salary cap.

Salary cap may only go up by $1 million

Daily Faceoff’s Frank Seravalli is documenting each day of the Board of Governers meeting over at DailyFaceoff.com. Here is what he had to say about the salary cap discussion on day two:
“Bettman said in his media availability that the league is currently projecting approximately $70 million to be remaining on the escrow debt to be repaid by players to owners after this season.
“According to Bettman, that would require the NHL’s overall business to exceed expectations by $140 to $150 million over the final six-plus months of the season in order for that debt to be retired.
“If it is not retired in full, then the Memorandum of Understanding inked between the NHL and the NHL Players’ Association in 2020 as a result of business interruption due to the pandemic calls for a scant $1 million increase and a fourth straight season with an essentially frozen salary cap…
Advertisement
Ad
Advertisement
Ad
“Bettman revealed publicly on Tuesday for the first time that the debt ballooned to “about” $1.5 billion based on the 2020-21 season with players earning far more than their 50 percent share of revenue. If the debt remaining is only $70 million, that means that more than 95 percent of the loan will have been repaid.”
This all means that in all likelihood, the cap is going to continue to be a problem for teams around the league, and that’s a big problem for the Canucks.
Not just because of their inefficient money, but because teams around the league are far more gun-shy about making any trades in a flat-cap environment. The Canucks would presumably like to move on from some players currently on their roster, but right now, it’s simply hard to do business with other NHL teams given the current landscape.
Advertisement
Ad
Advertisement
Ad
Further, if the salary cap were to increase by any significant amount, it would obviously mean the Canucks would have a better shot at signing captain Bo Horvat, and that JT Miller’s 7-year deal worth $8 million annually would have less of an impact on their total salary cap.
For now, it doesn’t look like either is going to come to happen. And as for the Canucks’ hopes of making trades to free up salary cap, the reiteration today from Bettman about what many already expected certainly won’t make doing business any easier for the Canucks.

Bettman also dropped this absolute doozy about the NHL’s digital board advertisements that have been a staple of broadcasts all season long.

Bettman says that digital dasherboard ad backlash is a “non-issue” because their polling indicates fans find games more watchable with those digital ads replacing physical ones.

Did you vote in a poll? Anyone who told the NHL that they find games more watchable thanks to the animated board ads, please come forward now. We just want to talk.
Advertisement
Ad
Advertisement
Ad
Maybe it’s the result of an echo chamber, but it seems like fans have been complaining all season long about the digital board ads. They were worse before, but even with some of the early kinks figured out, they don’t seem to make the games more watchable.
This is a pretty good thread outlining why the exact opposite might be true.

The @NHL digital board ads have made hockey *physically* more difficult to watch on TV this season. Putting aside any philosophical concerns about commercialization, there are a number of *technical* reasons why it hurts your eyes to watch this. A THREAD … (1/n) pic.twitter.com/eaZZ0Mf1Th

#2 – Motion Blur. Any time the camera pans rapidly from side to side, as it does many times a game, most of the shot is going to be naturally blurred. Since the digital ads are added after the shot, they are the only thing left IN focus … (5/n) pic.twitter.com/9NzHq7S9SB

This doesn’t seem great!
For full coverage of the NHL’s three-day board of governer meetings, be sure to head on over to Daily Faceoff!