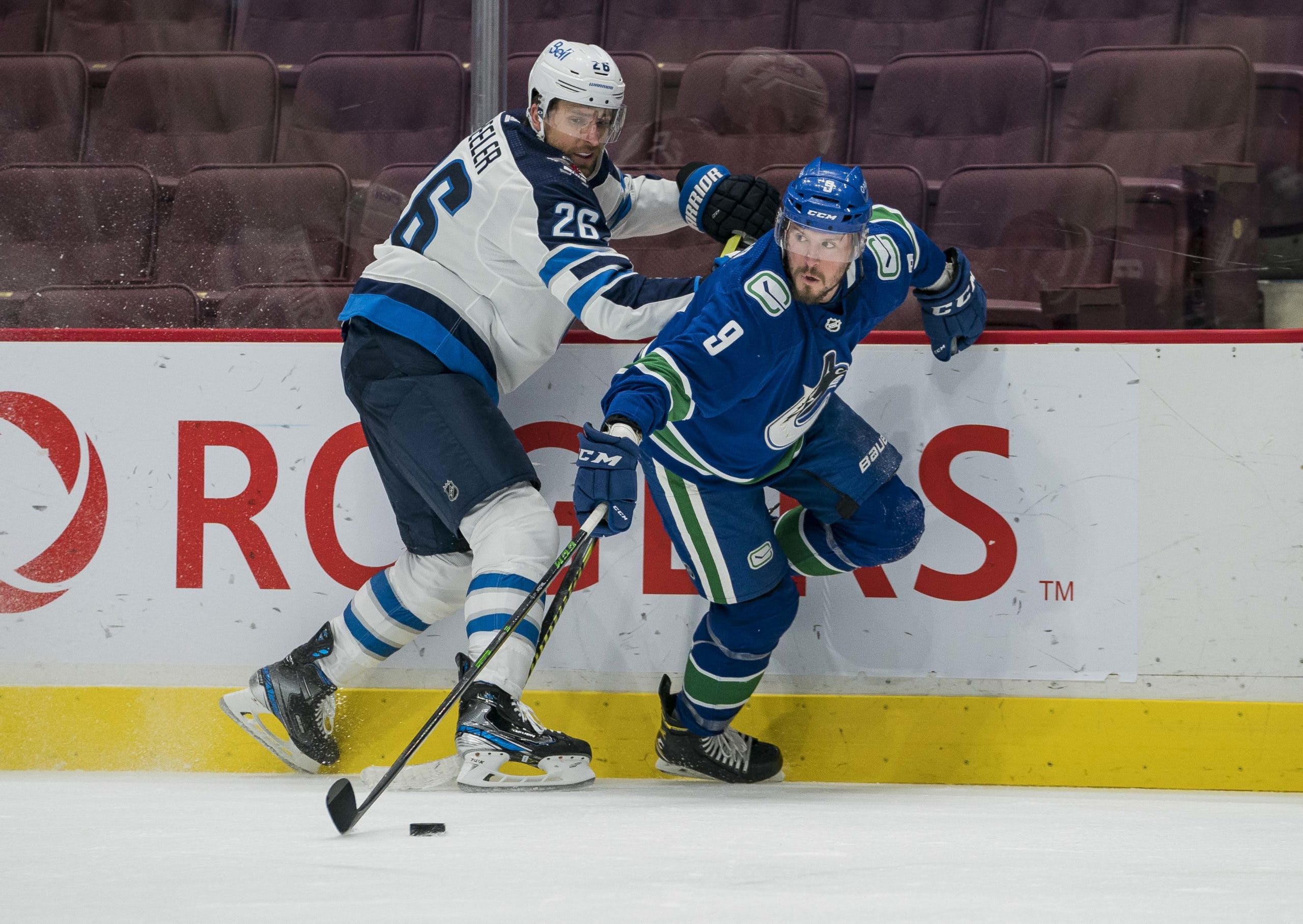 The break is almost here and the Canucks have to be looking forward to it. There are barely enough healthy bodies to ice a lineup and it’s starting to show. Bo Horvat took an absolute blast from Alex Edler last game and is listed as day-to-day. Somehow, that doesn’t seem truthful.
It’s a real mess with this team right now and just when the Canucks thought their opponents would make up the games in hand, COVID comes along and postpones the Canadiens until the end of the month because of course it does.
The writing on the wall is in fat, black sharpie: the Canucks aren’t going to make it and Jim Benning needs to start selling parts off like a shady chop shop. It’s done, Jim. The Jets will look to finish off the Canucks tonight and put them into the break on a real low note.
Advertisement
Ad
Advertisement
Ad
That being said, they play the games and anything is possible.
Let’s Do This!™

Didn’t believe us at the beginning? Elias Pettersson will likely return after the Canucks’ upcoming break, Bo Horvat hasn’t yet been ruled out for tonight’s game, Jay Beagle won’t be available, and Tanner Pearson is hurt too and blah, blah, blah.
It’s bad right now at the very worst of times. This is the Canuck way (wait no, it’s CanucksArmy) and this shouldn’t surprise anyone. It’s not as dark as Black Tuesday so we should be thankful for that.

Earlier on OT #Canucks defenseman Nate Schmidt joined @CarolineFrolic @lindseyhorsting & @Linaset to discuss the safe word former #Capitals Brooks Orpik gave Nate for when he needs to tone it down a bit. pic.twitter.com/EN37kEXlSO

The 220,000-tonne, 400m-long container ship has gotten stuck in the Suez canal, blocking one of the most important shipping routes in the world, and several attempts to refloat it has failed so far.https://t.co/6ANaQLX0kW