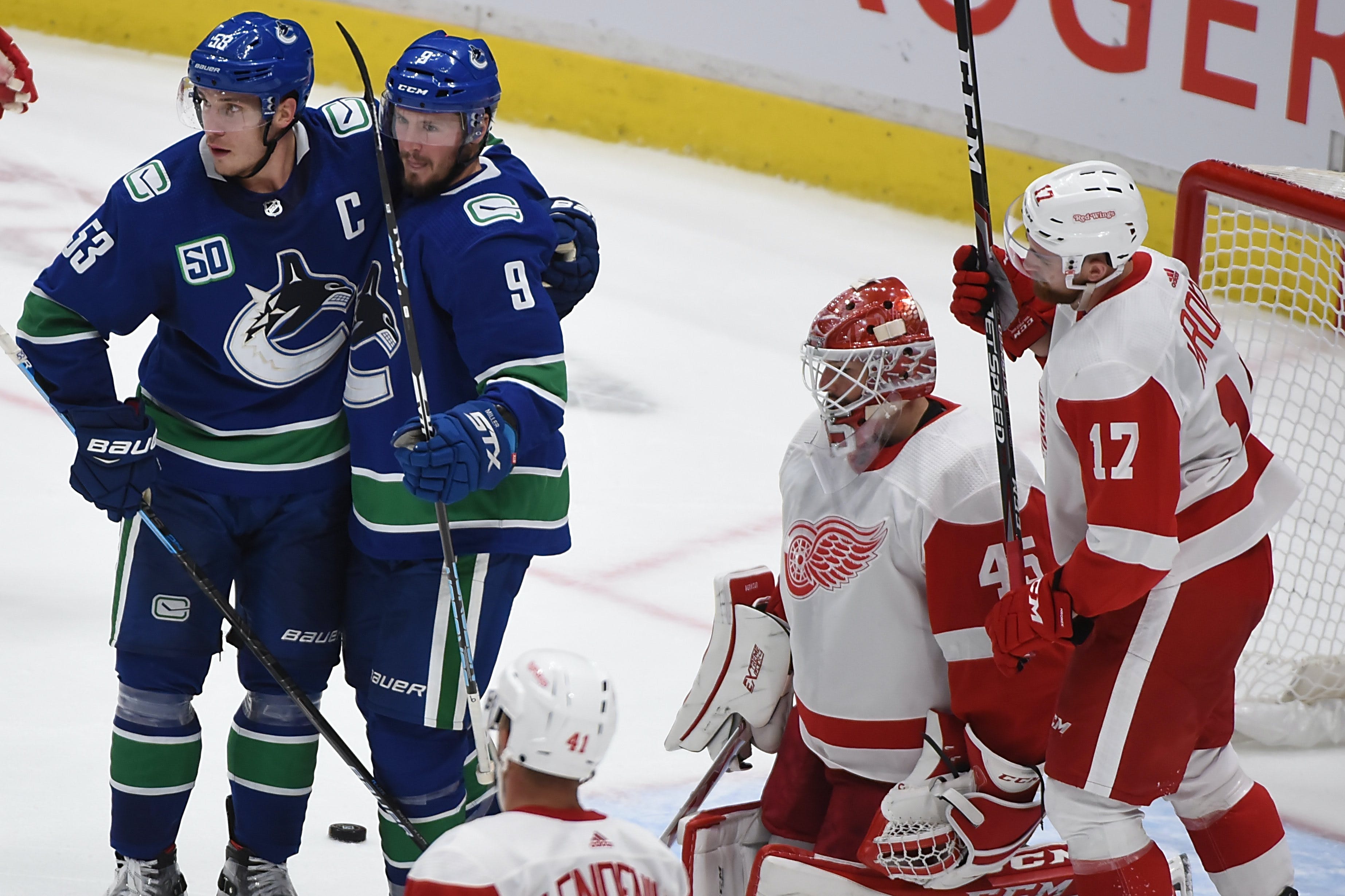 Photo credit: Anne-Marie Sorvin-USA TODAY Sports
By Faber
2 years ago
It’s going to be one of those years where the draft lottery winner immediately knows which player they are going to select.
Coming in at number one with a bullet on our list is Alexis Lafreniere.
Name: Alexis Lafrenière (Lafreniere)
Date of Birth: October 11th, 2001
Nation: Canada
Position: LW
Shoots: Left
Height: 6’1″
Weight: 192 lbs
Lafreniere has the potential to change an organization when he is selected first overall at the 2020 NHL draft. Since scoring 42 goals and having 80 points as a 16-year-old in his rookie QMJHL season, it was pretty well-known that Lafreniere would be difficult to knock out of the number one spot at the 2020 NHL draft.
Advertisement
Ad
Advertisement
Ad
He followed that up with 105 points in his sophomore season, while finishing up with 112 points in a shortened season that saw him appear in just 52 games with Rimouski.
Lafreniere had the chance to put the final stamp on his number one ticket at this year’s World Junior Championship. The only thing that could have slowed him down was a potential injury. Something that many believed they saw when he went hard to the net against the Russians.

Alexis Lafrenière goes down after a scary collision with the Russian goaltender. pic.twitter.com/S5hLEHdk9P

Spoiler alert, it didn’t.
Advertisement
Ad
Advertisement
Ad
He was arguably Canada’s top player and would end up taking home the Most Valuable Player award in the tournament. It was a perfect stage for the perfect prospect and he delivered.

You give this kid an inch and he'll make you pay. Alexis Lafreniére with his 11th goal of the season.

Advertisement
Ad
Advertisement
Ad
Lafreniere has a bit of everything, at 6’1″, 192lbs he looks like he could already play against NHL competition. His playmaking ability is evident and he loves to possess the puck. His hockey sense is off the charts and he is constantly moving his feet to be in the right position for an open net. Though he gets a ton of easy QMJHL goals due to his hockey IQ, he has the type of awareness to the puck and net that will translate to the NHL level.

A premier, point-producing machine. Extremely dangerous in one-on-one situations. Scores in a variety of ways but equally menacing with his distribution skills. Will be one of the rare wingers who will dictate everything.
-Cam Robinson, DobberProspect
Advertisement
Ad
Advertisement
Ad
Lafreniere thinks the game at a high-end NHL level, showing the ability to be a top playmaker. He’s extremely creative and understands how to create offense at an elite level. He has elite skill and elite vision. He can make incredible plays, and if given space he can beat goalies from a distance. He competes his tail off, he’s physical and he can play off the puck. His skating isn’t high-end, but it’s good.
-Corey Pronman, TheAthletic

Lafreniere is pretty much all you could ask for in a first-round pick. The only thing that looked to be lacking in his game was a high-end skating ability. If you had to pick a weakness, it would have to be his skating. Though it looked to be the opposite after watching his explosiveness at the World Junior tournament against the best U20 players in the world.
Advertisement
Ad
Advertisement
Ad

Alexis Lafreniere finally has a goal after an absolute snipe. 3-1 Canada. #WJC2019 pic.twitter.com/UIL5SxDx3S

He might not be the generational talent that every team craves when they win the draft lottery, but at the same time, he might be. His game checks all the boxes on how it can translate to the NHL level. He has been poised to jump to the NHL directly out of the draft since he was 16 years old.
If I had to make a comparison to a current NHL player, my mind wanders to a combination of Jonathan Huberdeau’s all-around offensive game and Andrei Schevhnikov’s offensive awareness when he is playing to his top potential. It’s still not known if Lafreniere knows how to pull off the lacrosse goal yet though.
Advertisement
Ad
Advertisement
Ad
He will make an immediate impact on an NHL team and should be someone who challenges for the Calder trophy during the 2020-21 season.
From a Canucks point of view, let’s just hope this kid doesn’t land with a Pacific Division rival like the Los Angeles Kings or the Anaheim Ducks. Each of those teams currently have just under a 10% chance of winning the draft lottery. With the pandemic that COVID-19 has caused, it makes it tough to know when or how this draft lottery is going to take place.
I’m sure there will be news to come in the near future on how they are going to go about the lottery and the draft but I have to assume that with the fourth and fifth worst points percentages in the league, the Kings and Ducks will be in the equation.
Advertisement
Ad
Advertisement
Ad
They should really just give the first overall pick to the Red Wings.
Their fans deserve it after this past season.