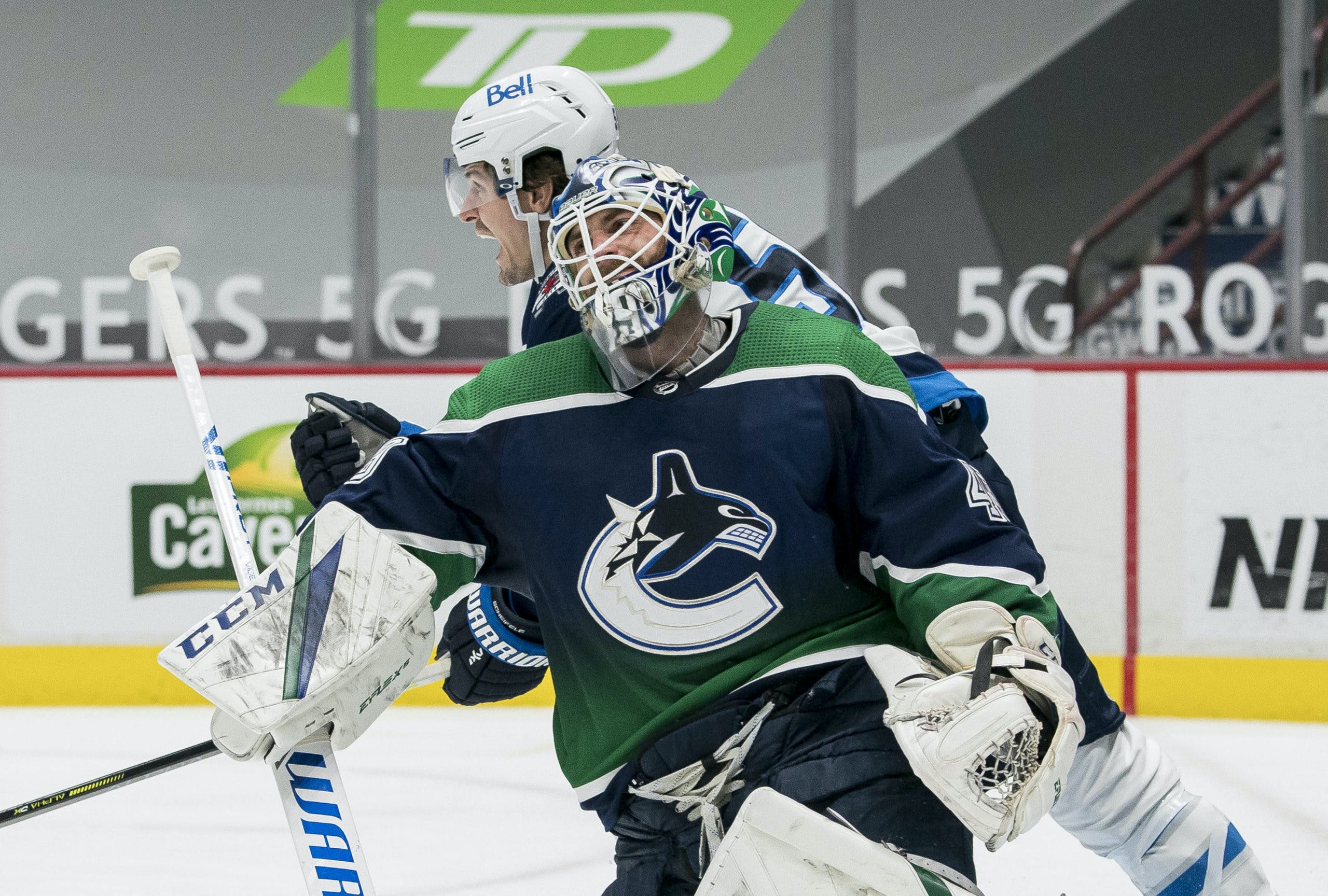 Photo credit: © Bob Frid-USA TODAY Sports
By Faber
1 year ago
Comments
The Vancouver Canucks’ season has not gone the way they hoped it would.
Let’s be honest, they have been bad.
The team is not handling the puck well, they are getting some offence but the team has been one of the worst in the NHL for allowing goals at even strength.
The lines went into a blender at Wednesday’s practice and that is the final smokescreen that the organization has to throw at their fans.

New look #Canucks lineup based on the opening drill at practice.

Vancouver has one of the most passionate fanbases in the league and those who follow this team closely aren’t stupid. This many fans can’t be wrong when they see that the parts in which assemble this roster just simply aren’t good enough.
This city deserves a winner and without better decision making, they could potentially lose the chance to make this great core evolve into a team that competes for Stanley Cups.
Advertisement
Ad
Advertisement
Ad
The players are clearly tired of losing. We’ve heard it in their tone during every Zoom call for the past five weeks.
“I think we know that we are a better team than what we’re showing right now, on a consistent basis,” said J.T. Miller when he was asked if this core is the group that can compete for Stanley Cups in the next few years. “We have a job to do. We’re obviously not happy about it and we’re gonna do everything we can to get out of this hole we’re in. We’re trying… It’s coming.”
It might be coming, but this group shouldn’t be in the position to need a long-term fix as an organization. General manager Jim Benning has been given seven years to put this roster together. More draft picks will play for the Canucks in the future, but there aren’t any more Elias Pettersson’s or Quinn Hughes’ coming. Vasily Podkolzin will make a difference to their top six next season, but for the most part, the Canucks will be icing the same lineup that they have floundered with this season.
Advertisement
Ad
Advertisement
Ad

will Ottawa spend a night ahead of the Canucks in the standings at any point this season?

There needs to be major changes and it needs to begin sooner rather than later. This team needs to move into sell mode as soon as possible and gain currency in draft picks and prospects. The talk of a quick turnaround that we heard from Benning in May of 2014 should be the goal for this organization now.
They have the young pieces in place but need to surround them with quality players who can contribute to the bottom six. No more veteran guys to help the leadership group. This team has a leadership group now and needs to think outside the box for the first time in seven years.
Nate Schmidt is going to be one of those leaders for the next five years. He is currently making less money than Alex Edler, Tyler Myers and Loui Eriksson. Schmidt might not have had a great start to his Canucks career, but we are already seeing signs of a turnaround in his game and having him be the core piece on the second defence pairing for the next few years makes the top four much more tolerable.
Advertisement
Ad
Advertisement
Ad
“Their thoughts and feelings are the same thoughts and feelings that I have,” said Schmidt when asked about the current influx of negativity in the fanbase. “You get in this game and love being able to get a high five and smack the goalie in the helmet after the game’s over. That feeling in the room is unparalleled. I want to win. The team wants to win. I’m happy that our fans want us to win. I’d feel worse right now if the fanbase was just like ‘ah well you know,’ and everybody was just like, ‘it is what it is.’ [The fans’] expectations are the same expectations that we have.”
The Canucks currently sit 29th in the league when it comes to points percentage. Their record is 8-13-2 and they only have two wins in their last 12 games. As per rates instead of counts, they are the second-worst team in the league when it comes to giving up shots on goal and the third-worst when it comes to giving up goals.
Advertisement
Ad
Advertisement
Ad
There isn’t a quick fix, because this has been a long-term problem. The organization needs to get ahead of this next problem right now before things start to snowball to a point of no return for this young core.
The fans deserve better.