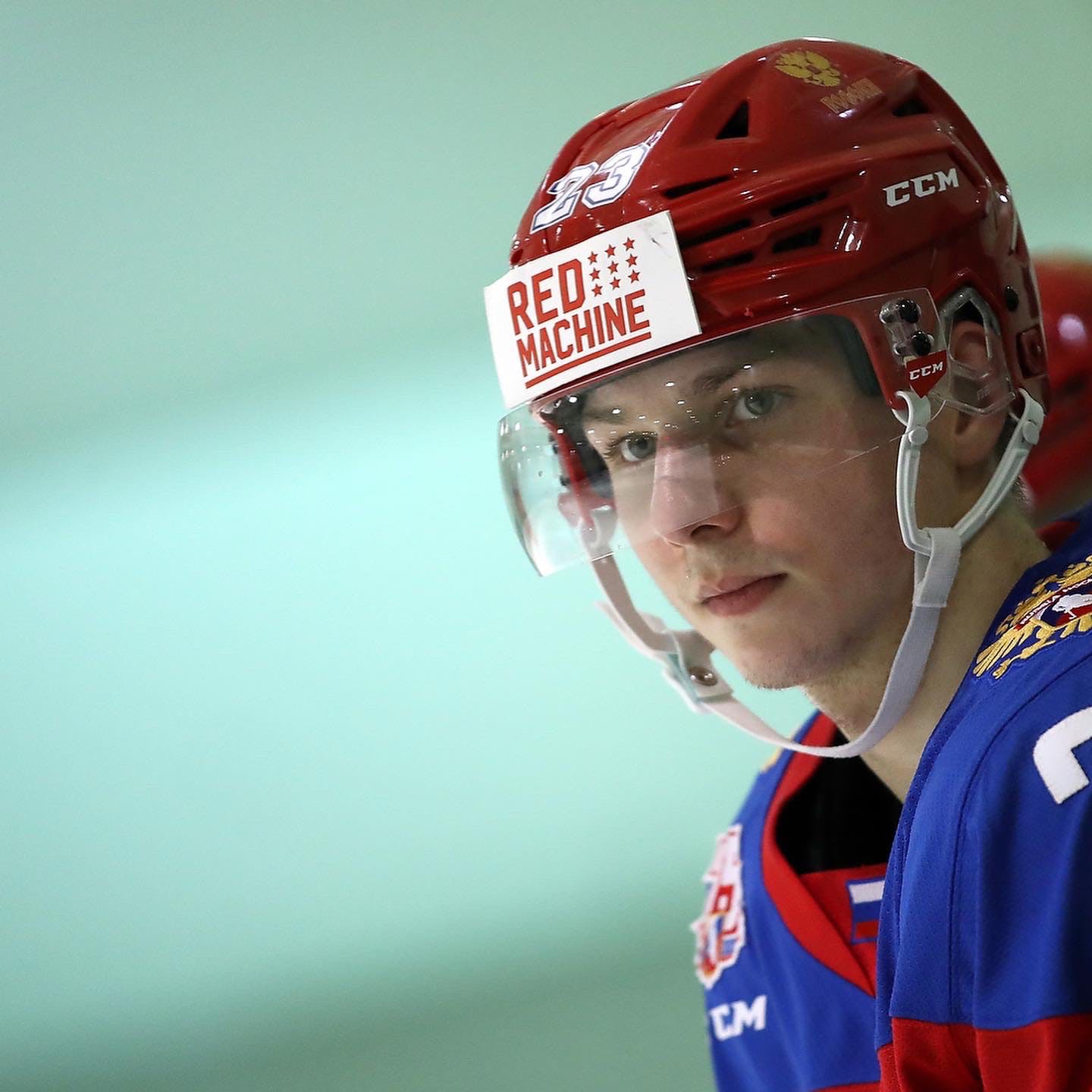 By Faber
1 year ago
Comments
The Canucks will have just one prospect participating in this year’s World Junior Championships. Dmitri Zlodeyev is on track to be Russia’s third-line centre with the chance to work his way up into the top-six while also playing on both special teams’ units.
It’s been a busy couple of months for Zlodeyev. His KHL rights were traded to Spartak at the end of October, he has since made his debut in the KHL and has been attending multiple camps with Russia’s junior team in preparation for the WJC.
As a sixth-round pick, making Russia’s world junior team is a big accomplishment for the Canucks’ prospect. As a Canucks’ fan, that’s an early win for the scouting staff on such a late-round pick.

The Russian #WorldJuniors roster has been finalized. Ivan Miroshnichenko, Yan Kuznetsov and Daniil Chayka among those that did not make the cut. https://t.co/y1R56jkKdj pic.twitter.com/yxC8Orb34j

When it comes to his current season, Zlodeyev has only played in two KHL games this season as he has been spending a lot of time with Russia’s junior national team program. He was happy with his KHL debut and did note that it was some of the toughest competition he has ever played against.
Advertisement
Ad
Advertisement
Ad
“My first KHL game was a good game,” said Zlodeyev. “It was good that we won, everything about that day was great. The speed was faster than other leagues but I quickly adapted.”
Zlodeyev said that the trade surprised him but that he is very happy with how things are going in the new organization. Getting his KHL debut as a 19-year-old was a goal of his going into this hockey year. Though he has not scored at the rate we saw last season, the move up to the KHL has to be good for his confidence and getting an opportunity to represent Russia at the world juniors is an excellent time for him to showcase his skill.

One of the things that we like about Zlodeyev is his attitude shown around the rink. All the reports that we hear about him say that he is the type of player who you cannot keep away from the rink. His life revolves around becoming the best hockey player possible and his work ethic has been noticed by Russia’s junior team’s coaching staff. Zlodeyev is currently at training camp with Russia and patiently awaiting the world junior tournament.
Advertisement
Ad
Advertisement
Ad
I asked Zlodeyev how he feels he has been playing through the multiple camps with the Russian junior program.
He gave a one-word answer.
“Awesome.”
He is the only Canucks prospect at this year’s world juniors. Zlodeyev has been a captain or assistant captain for other Russian junior teams at the U18 ranks. He has been an active voice at Russia’s training camp as he knows the coaching staff well and is helping practice run smoothly. “I try to communicate with everyone on the team,” said Zlodeyev. “I set up the guys in practice drills and try to set an example.”
Zlodeyev learned from one of the best leaders that Russia has seen in their U20 program over the past 10 years.

The duo of Vasily Podkolzin and Zlodeyev played together at the Karjala Cup last year. Zlodeyev wanted to learn from Podkolzin on how to be a better leader and he had one major takeaway. Whether if it’s during a game, practice or away from the ice, “everything Podkolzin does is always for the team,” said Zlodeyev.
Advertisement
Ad
Advertisement
Ad
As mentioned earlier, Zlodeyev is the only Canucks prospect at the world juniors as Jacob Truscott was one of U.S.A.’s final cuts as they finalized their roster for the tournament.
For now, we are excited that Zlodeyev will be with Russia and has an outside shot at being part of the leadership group. Don’t be surprised to see an “A” on his chest during the tournament. Zlodeyev is strong in the faceoff circle, gives a ton of effort on every shift, and has good enough hands to score highlight-reel goals.
This U20 tournament will give him a chance to showcase his talents.